My advise for those who want to take in too much of Hollywood in one day is: take the Hollywood Bus Tour. Taking the bus is a great option, unless if you planned to stay there for a few more days. There are still many things to see beyond Hollywood Boulevard where most tourists flock. Going around Los Angeles by bus for sightseeing is a challenge. And a waste of time, really. So, it’s better to hop on the Hollywood Tour Bus and get the most of the World’s Entertainment Capital.

When choosing a Hollywood Bus Tour, take the one that also goes to Beverly Hills where the you can ogle at the houses, gates and bushes of the famous and the infamous stars in Hollywood.

Related: Things to do and see in Hollywood 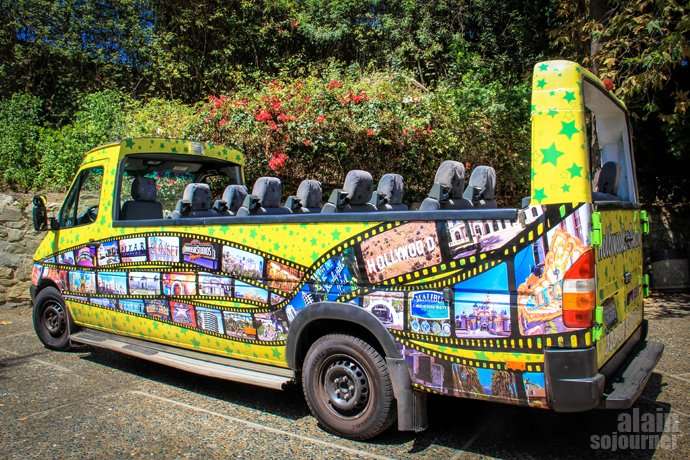 This our bus. It can accommodate around 13 people. If you hate sun, don’t a tour with a bus like this. The heat in LA is unberable to some people. 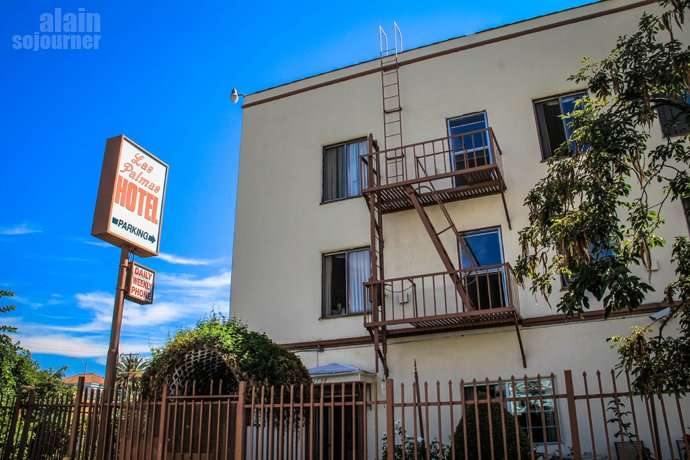 This is the first sight we were introduced to. It’s the hotel where Julia Roberts lived in PRETTY WOMAN movie. 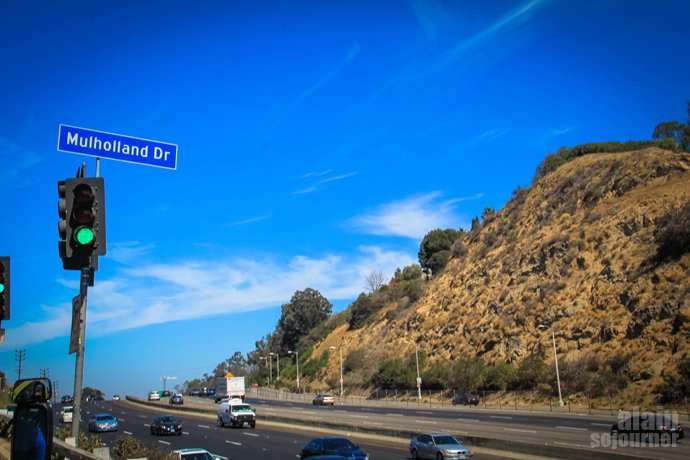 We were then whisked off to Mulholland Drive. To the mountains where we would see some extravagant houses owned by the famous. 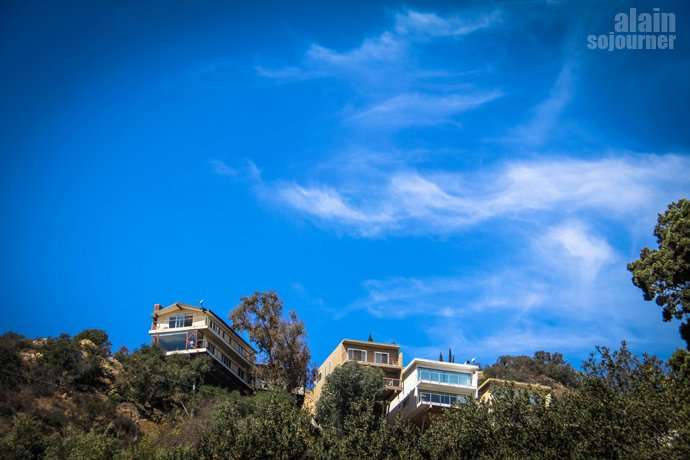 fancy houses on the cliff. 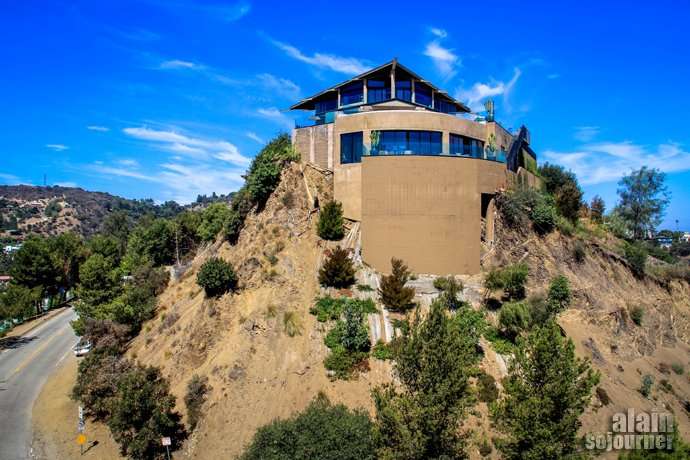 The house on a cliff.

Our bus stopped on a small parking lot in front of this cliff. This house was once owned by Wilt Chamberlain, an NBA Hall of Famer. Now, the famous Director Ron Howard (of Da Vinci Code, Cinderella Man, A Beautiful Mind fame) lives here. 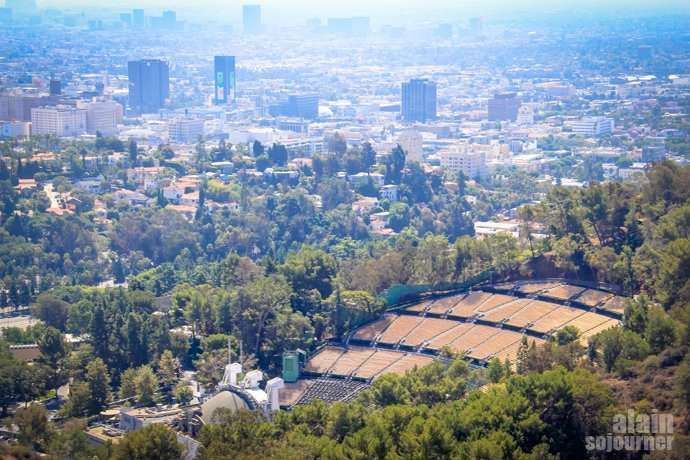 The Hollywood Bowl in Los Angeles.

Right in front of the house of Ron Howard (the house on the cliff above) is the view of the massive Hollywood Bowl. 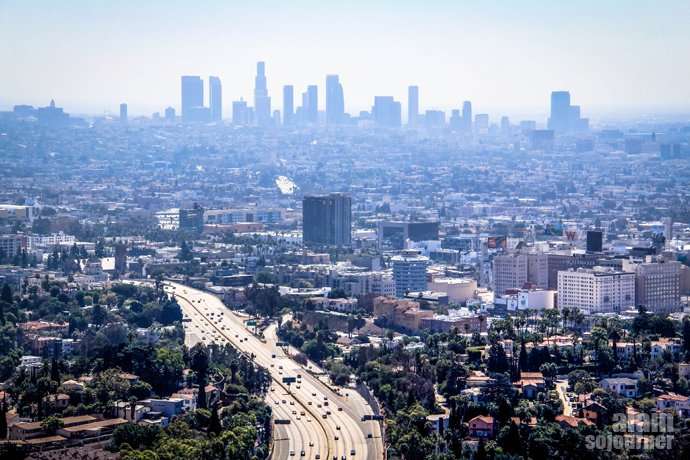 And of course, the stunning view of Los Angeles skyline. Though it was hot, humid day, the sky was kinda grey. 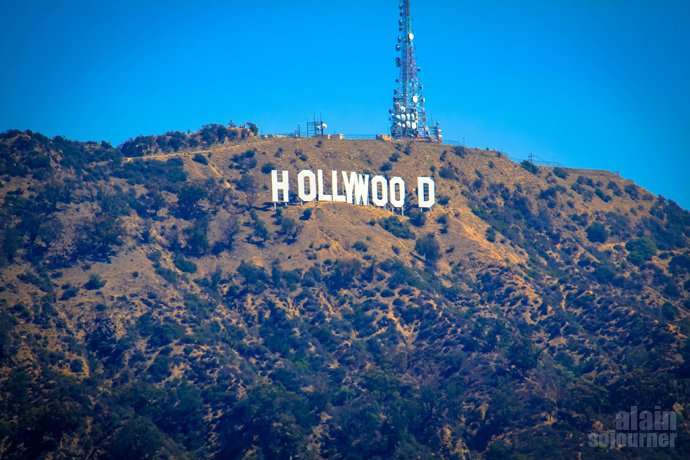 And also here, you can spot the Hollywood sign. It might look big in this picture but actually, it’s far. If you take a picture with yourself in it, good luck! 🙂 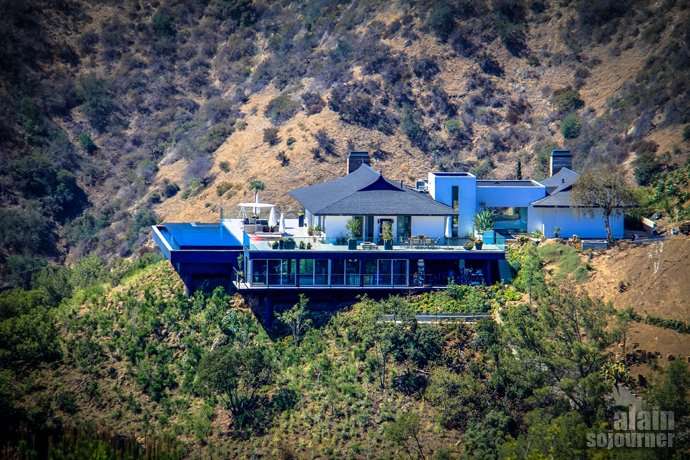 The lone House on the cliff.

This is a lone house on the cliff. Perhaps, he has his own special address to deliver mail? I asked our tour guide but he didn’t know who owns this multi-million property. 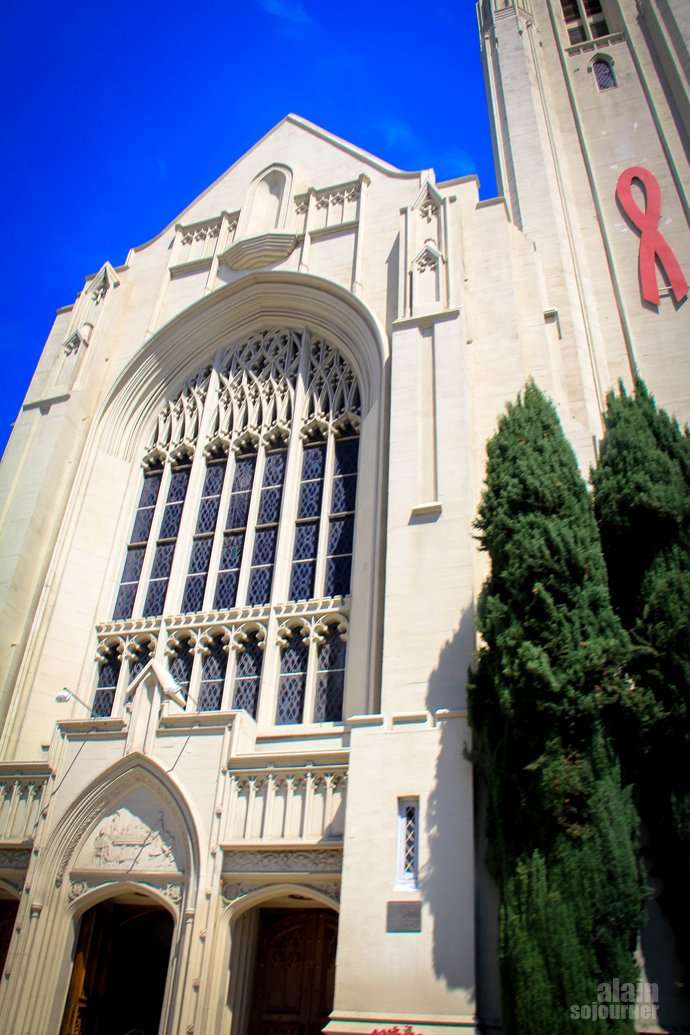 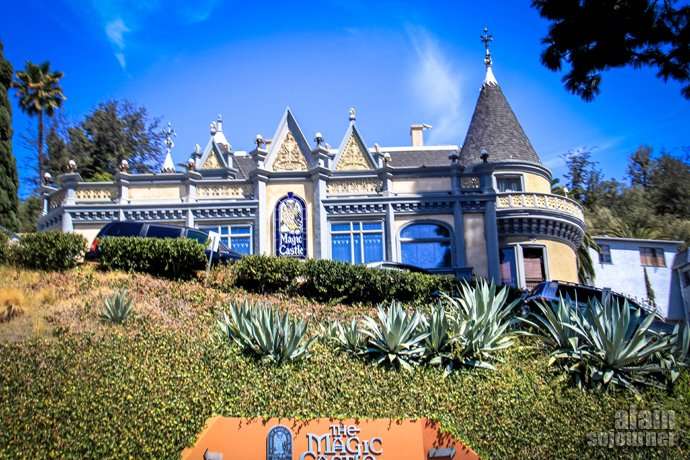 This is the house of Bob Barker, host of the TV show, THE PRICE IS RIGHT. 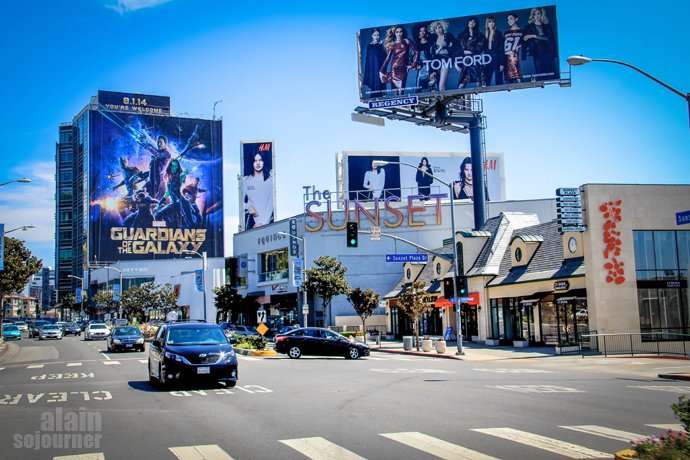 Our bus brought us to the Sunset Boulevard strip where the some of the famous stars started their career. The Sunset strip is notorious for the city’s nightlife. 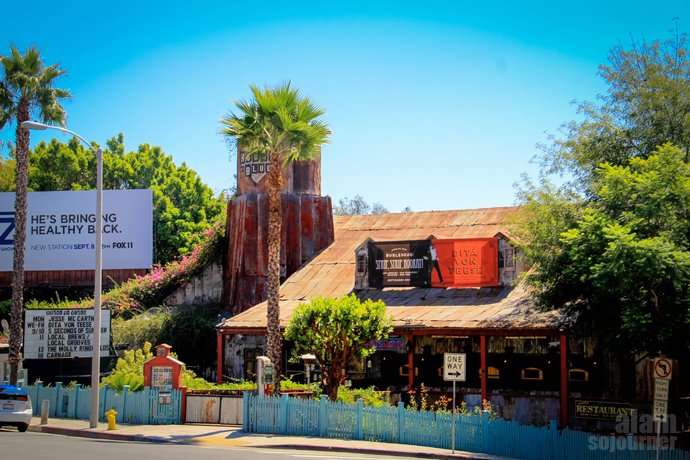 This is owned by Ditta Von Teese. Nothing fancy outside but who knows what’s inside? 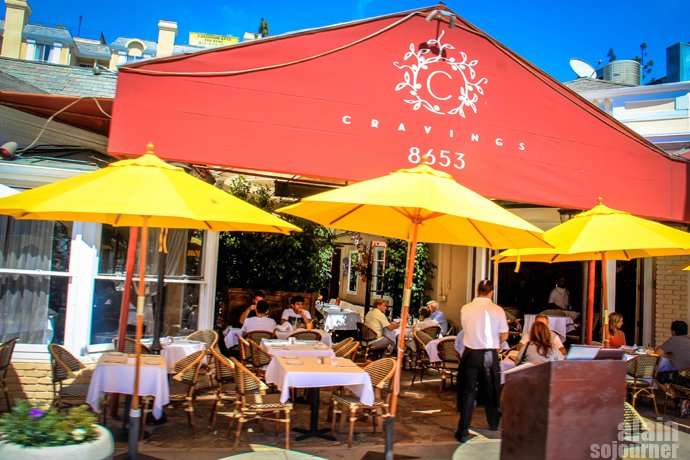 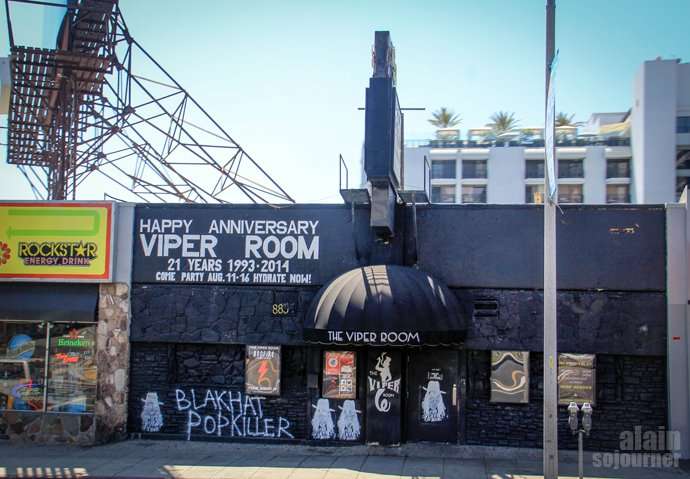 Viper Room is a concert venue and was onced owned by Johnny Depp. It’s a hangout for Hollywood A-listers. The actor, River Phoenix died here because of drug overdose. 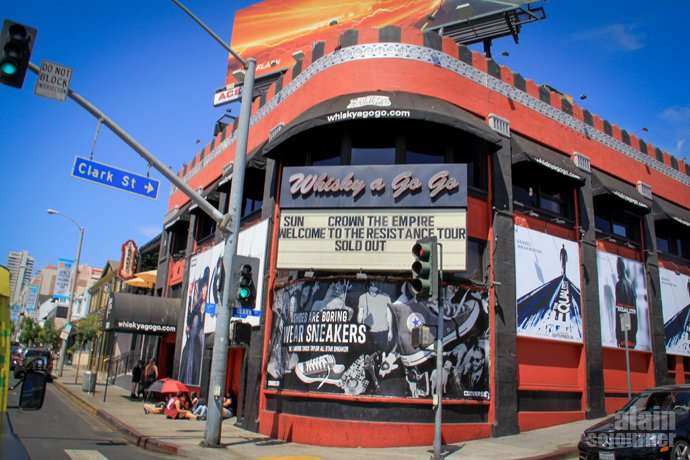 Whisky A Go Go is an institutuion in Sunset Boulevard. It’s the birthplace of go-go dancing! 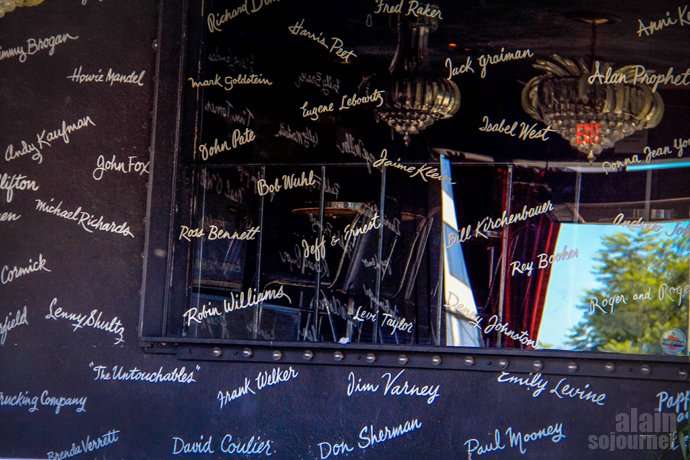 The Comedy Store is a well-known venue for aspiring comedians, past and present. Big names include Robin Williams, Levi Taylor, Cindy Kaufman, etc. 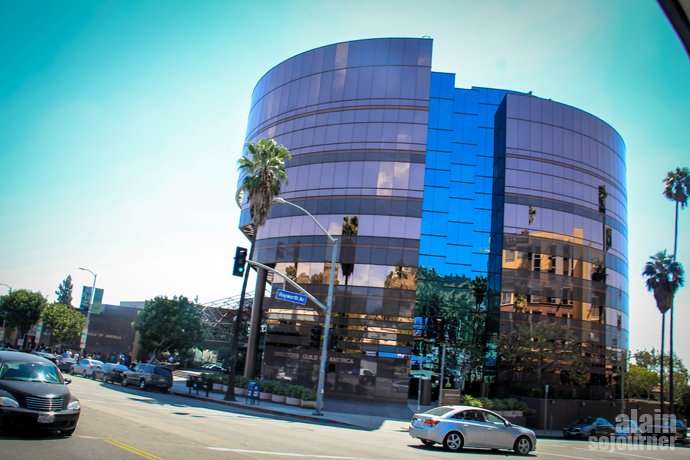 This is the Screenwriter’s Guild Building. 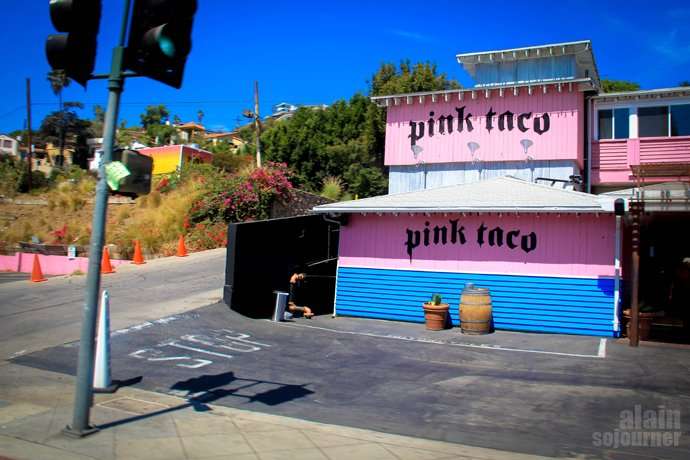 The Pink Taco on Sunset Boulevard.

Our tour didn’t stop here. I’ll continue the rest of our Hollywood Bus tour in my next blog post. To Beverly Hills! 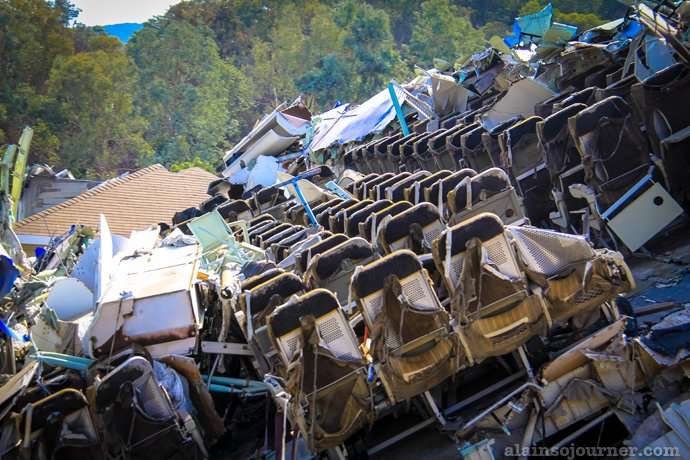 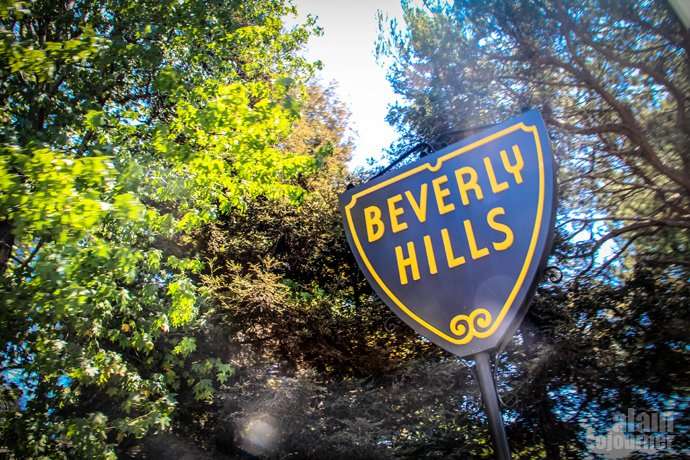 Beverly Hills is Home to the Hollywood Stars