I’ve been living in Toronto for three years now but I never had a chance to visit the Hockey Hall of Fame. Well, I’m not a hockey fan, that’s why. But every late Spring, my facebook status is filled with hockey updates from friends and conversations with my Irish roommate sometimes centered on hockey. So, I would watch it with him from time to time but when he goes back to his room, I’d quickly change channel and put it back when I hear him coming. :))

So, what’s inside Canada’s Hockey Hall of Fame? My expectations were all right. It’s a museum of hockey memorabilia–hockey equipments, hockey players’ uniforms and stuff, Canada’s hockey history and achievements, trophies, photographs, medals, and statues.

And most of all—up close and personal with the Stanley Cup!

For non-hockey fans (I know there are many of you outhere!), like me, you will still enjoy the museum. It’s not your usual, boring kind of museum. When inside, you gotta watch hockey’s first 3D movie and play with Wayne Gretzky and Messier via interactive video game. You can also enjoy sitting at a small replica of the players’ locker room. You don’t need to read every descriptions on memorabilia but there are two things I’d recommend: the golden goal and the lucky loonie.

Everything you need to know about hockey is here!

I can’t say anything more. Let me just show you these photos.

Read: Things To Do In Toronto 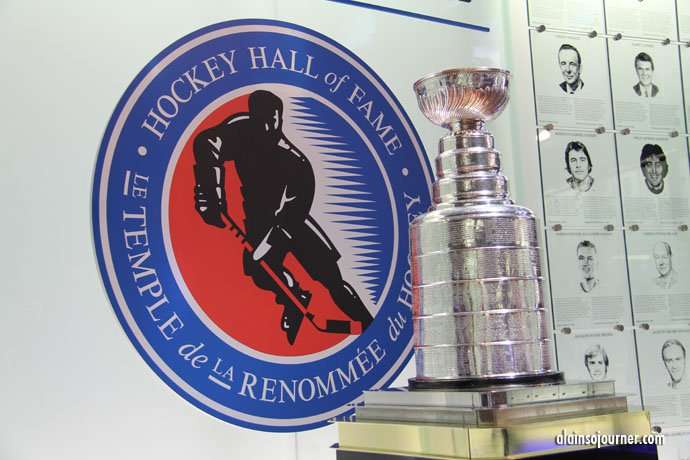 The Stanley Cup. Like any other visitors, I came close and personal–by hugging it tight for photo op. 🙂 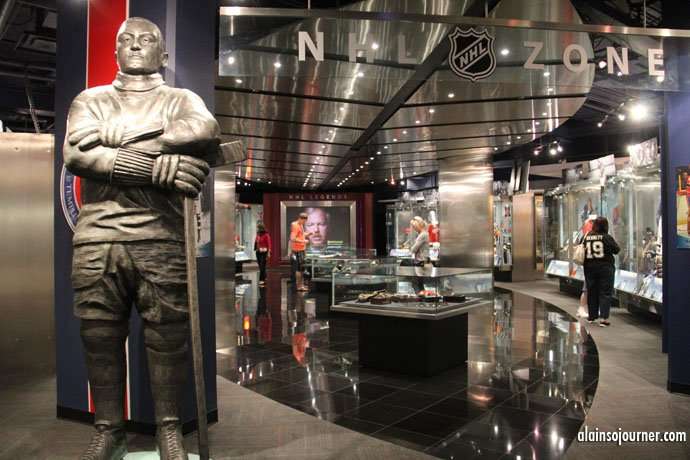 This is what greets you at the entrance of the world’s biggest hockey museum. 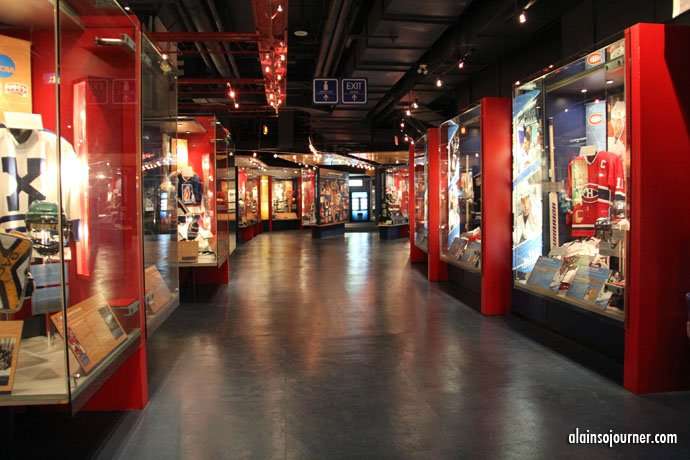 The glass panels are stocked with memorabilia. 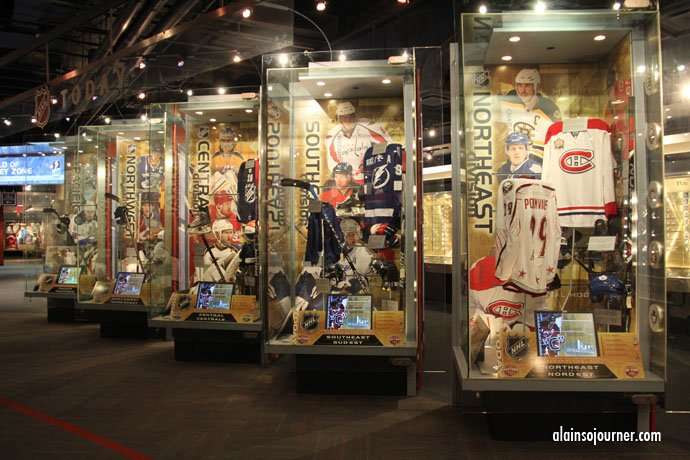 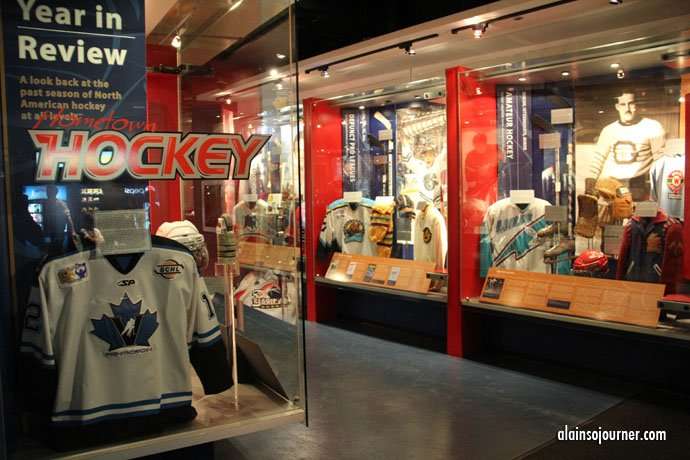 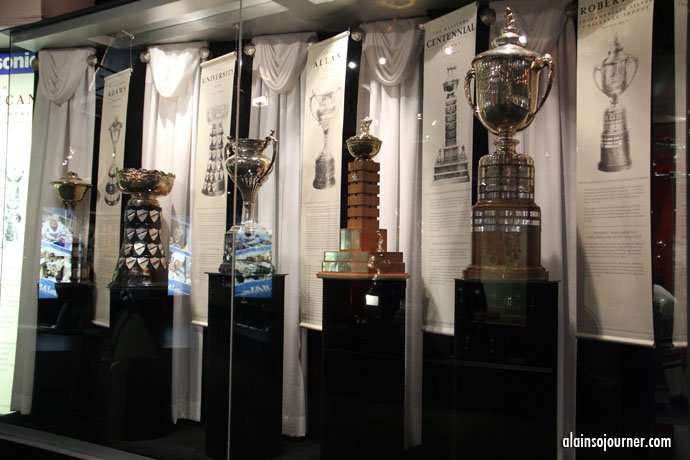 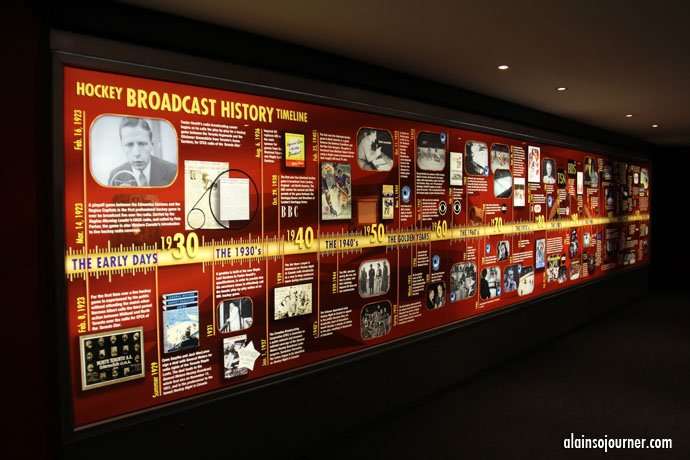 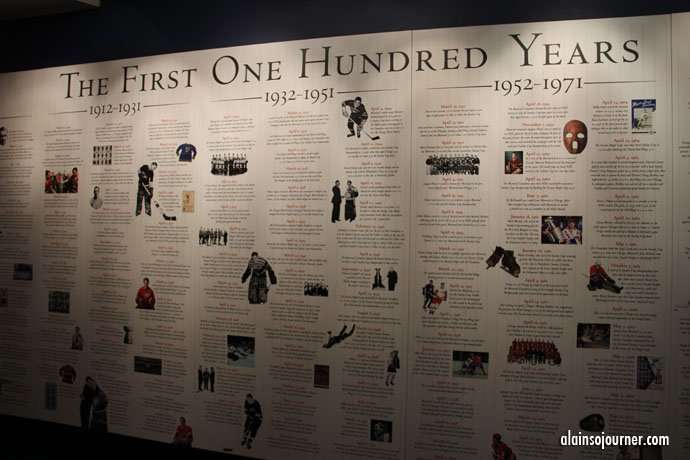 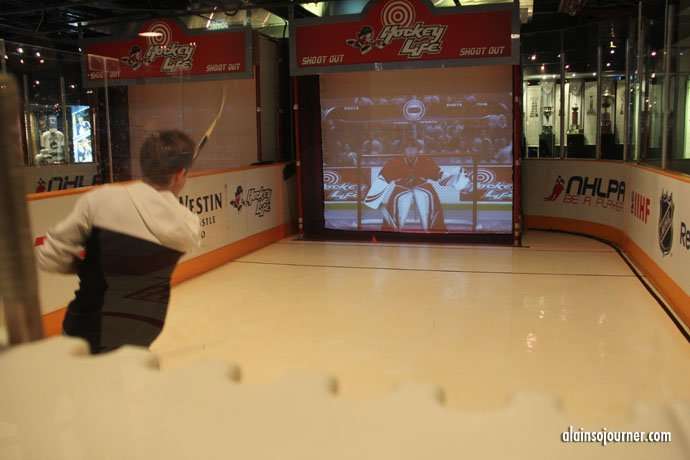 Play interactive hockey game. No, you don’t need to wear your skates. 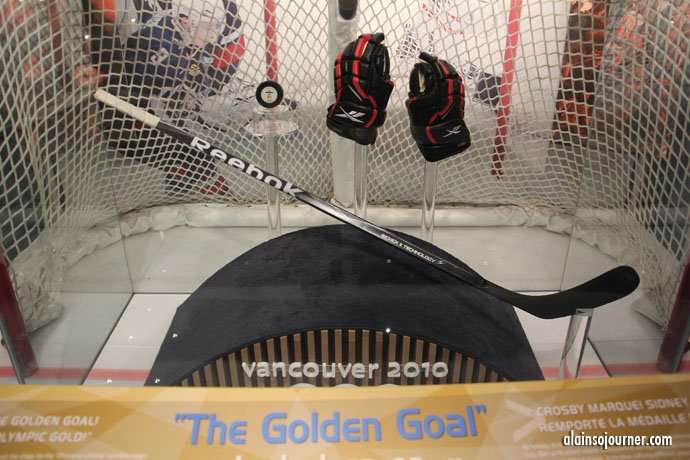 If you had the chance to watch the 2010 Winter Olympic Games in Vancouver, you know what the Golden Goal is. It refers to Canada’s Olympic Gold medal in hockey in a tie-breaking game. The goal was delivered by Crosby! 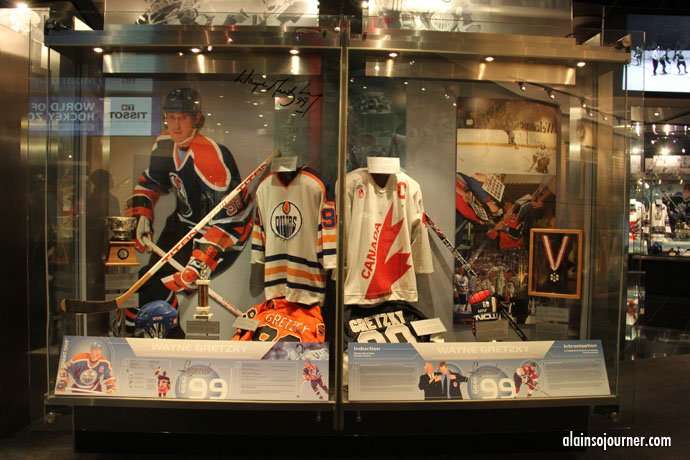 Even if I’m not a hockey fan, I know who Wayne Gretzy is! No need for wikipedia. :)) 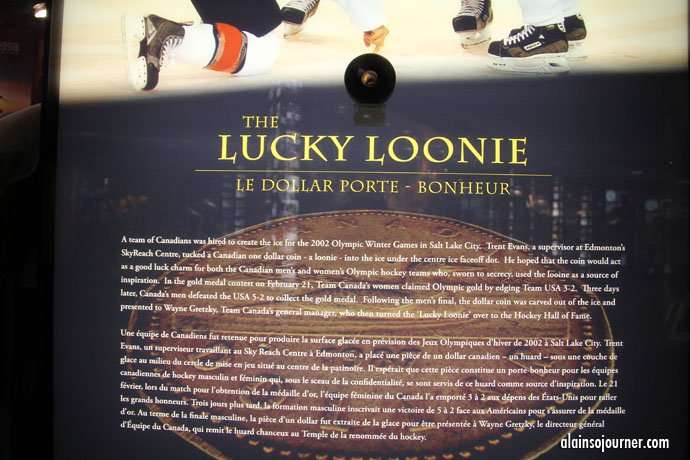 A Canadian engineer put a loonie in the rink that made both the Canadian men and women hockey teams won the championship during the 2002 Olympic Games in Utah. That hole in the pic above the description is the real loonie—and you can touch it by inserting your finger. 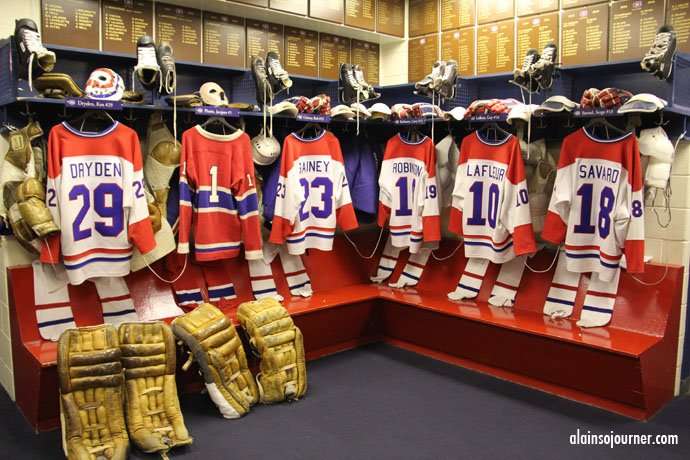 Where the boys are before the games. 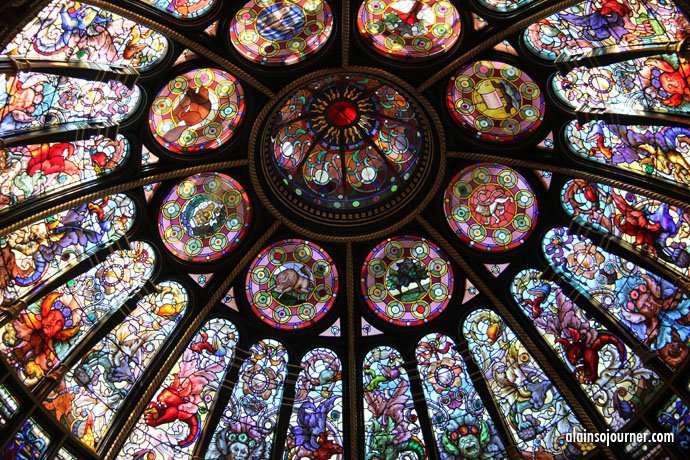 The mural at the dome where the Stanley Cup is guarded by one security. 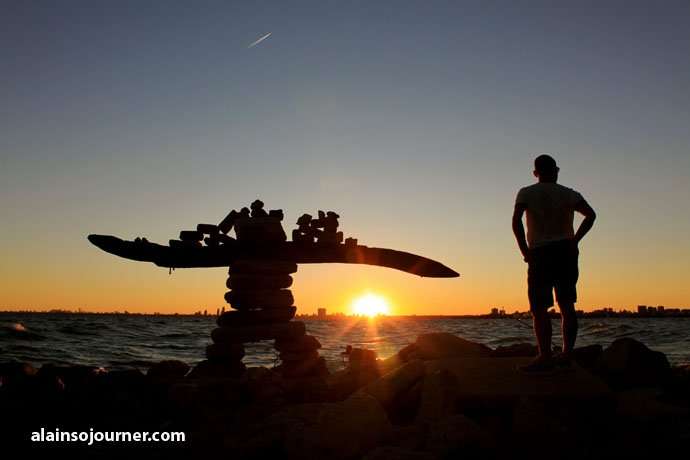 Beaches in Toronto – Bask in the sun and sand and get a tan! 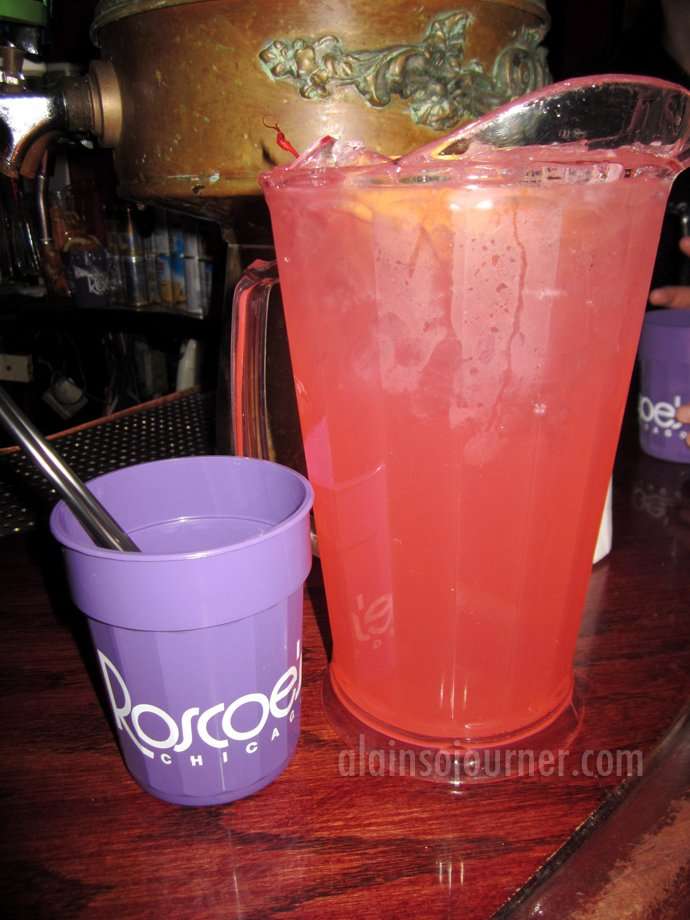