While walking on a sweltering heat in Havana, I finally gave up finding La Bodeguita, a place where Papa Hemingway used to get wasted.

I found a small cafe, sat there, and ordered a bottle of mineral water. When the waiter came back, I asked him where the said bar was and he told me it was just two blocks from the cafe.

“You like Hemingway? Me, I read no his stories but Havana people like him, so I like him, too.”, he asked, without giving me a chance to answer.

“Hemingway is a good Cuban!”, he continued like it’s a fact.

Next to Fidel Castro and Che Guevarra, perhaps, Ernest Hemingway is the third most famous guy in Havana. Ask every Havana resident, even a random guy sitting in a park, about the prolific writer, their eyes sparkle at the familiarity of his name—and beam with pride. Hemingway, no doubt, is an honorary Cuban.

Tucked in an alley around San Cristobal, La Bodeguita is the birthplace of mojito, a drink said to be concocted by Hemingway (debatable).

It’s a small place and it was mercilessly crowded on the day I went there. After 10 minutes and three times of trying to call the waiter’s attention for my order, I left frustrated. I can’t compete in shouting with others.

A skinny glass of mojito is ridiculously priced at $6—because Hemingway’s name is attached to it. The constant flow of tourists makes it more expensive—and I’m not even sure if it’s worth it. The same amount can get you 3 glasses of mojito in any bars in Vedado’s bar district, La Rampa.

Outside, you can literally vandal (leave your autograph on) the wall–write whatever comes to your artistic mind. And oh, Nat King Cole was once here, too.

The “Farewell to Arms” writer didn’t go anywhere but here when he wanted his daiquiri. To immortalize him, a life-size bronze statue is erected inside, his left arm leaning on the bar like he’s excitedly waiting for his drink.

You have to line up if you want to take a picture with the cold statue. On the walls are photographs of him with Fidel Castro and of other famous luminaries who visited the bar.

This place, however, is much bigger than El Bodeguita. There’s a live band here singing all day and there’s even a space for dancing. If you are a poor backpacker, just line up for the photo op. They won’t notice it anyway. 🙂

Hemingway once rented Room 511 in this hotel where he wrote three of his novels/stories. Though the room is spruced up, an old bed and some pieces of furniture are kept as they were. There’s also display of Hemingway’s books and photographs and his old typewriter sits forlornly in a glass box.

Lonely Planet claims that Hemingway wrote his FOR WHOM THE BELL TOLLS here but the guide said it’s never true. I showed her the book and let her read it and she was laughing, “Believe me, I breathe Hemingway, so I should know.”

From his room window, the view of Havana Vieja is wonderful.

When you go, tell the receptionists that you are going to Room —-. They will call the guide to open the room for you. They will then direct you to an ancient elevator that will bring you upstairs. Fee: $2.

When you’re done, go one floor up and enjoy the panorama of Old Havana. You don’t need to order from the rooftop restaurant/bar as long as you don’t sit in one of the tables.

For almost 20 years, Hemingway and his wife lived here. Fifteen kilometers from the city center, this house is kept as it was. There’s a bell that visitors can ring at the front door—because this is where he wrote the classic FOR WHOM THE BELL TOLLS and THE OLD MAN AND THE SEA that won him the Nobel Prize for Literature in 1954. Parts of A MOVEABLE FEAST were also written here.

Visitors aren’t allowed to go inside the house—but all the doors and windows are open where you can have a peek of almost every area in the house. The smell of his old books lingers in the air.

5. THE NOBEL PRIZE FOR LITERATURE MEDALLION AT EL COBRE

Even before he won the most-coveted Nobel Prize, Hemingway promised to give the medallion to Batista’s government (before Fidel Castro)—but he changed his mind and gave it to the Catholic Church for safe keeping instead.

For many many years, nobody knew of the whereabouts of the medallion—until one day in 1999, the world read this article. A priest kept it with care at Basilica de Nuestra Senora del Cobre, just outside Santiago de Cuba in the southeastern part of the country.

When I visited the Basilica, I asked one of the Church attendants if there was a chance for me to see Hemingway’s Nobel Medallion. He was very surprised by my question and asked me where I got the information. I told him I’m a fan of Hemingway and therefore I know things most tourists in the area don’t know. He smiled and like a trained Catholic congregant, he said in unconvincing words, “It’s not here.” I tried hard to convince him to show me where the medal was displayed, to the extent of sounding like I was ready to bribe him, but again, he said, “It’s not here, really. I swear to God.” Sensing that I was very persistent, he led me to an area where devotees to the Lady of Charity left their gifts for miracles or for favors that came true. He pointed to a small picture frame of Hemingway handing the medallion to the Catholic Church.

Back in Havana, when I visited Hotel Ambos Mundos (see #3 above), the guide to Hemingway’s room told me that the Nobel Medallion is there at El Cobre. When I told her what the church attendant told me, she said, “It’s there. I’m 100% sure. It’s really there.” 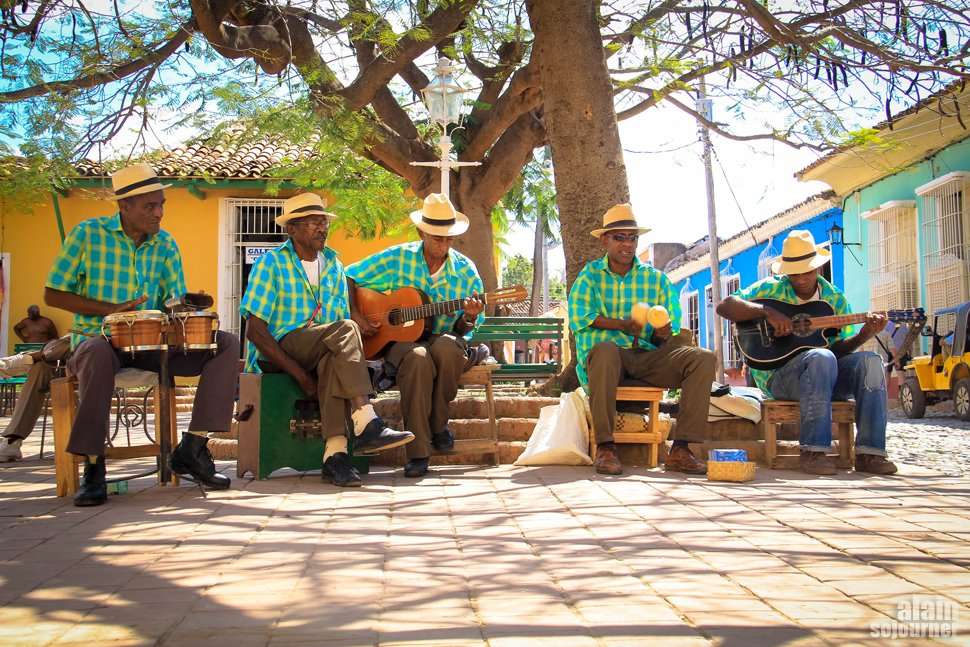 Things to do in Trinidad Where To Stay in Cuba