Hawa Mahal – A Pink-Washed Palace of the Winds in Jaipur 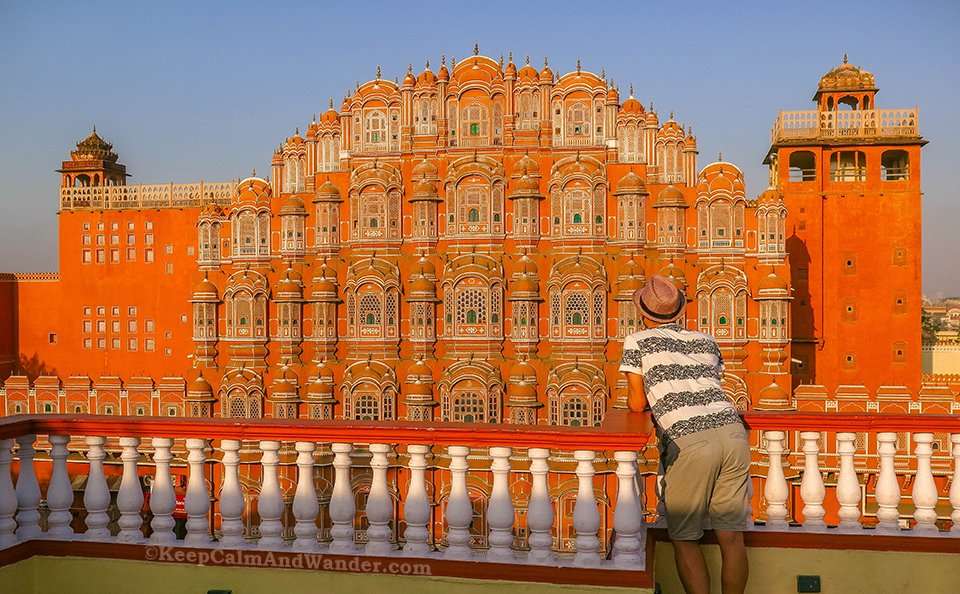 Hawa Mahal – A Pink-Washed Palace of the Wind in Jaipur (Rajasthan, India)

Hawa Mahal is a pink-washed “Palace of the Wind” in Jaipur, India. It was built as an extension of the nearby City Palace. Both of these palaces should be visited, one after the other. While the City Palace is used as a residential area for the royal families, Hawa Mahal wasn’t built to have that same purpose. It was used for lady members of the royal family to see the excitement on the streets below during festivals – without being seen from the public.

Jaipur is aptly called as the “Pink City.” If you go around the old city, the buildings are painted in pink and most ancient fortresses and palaces here are made of pink-washed sandstone. Despite the conspicuous filth and the unbearable traffic from all sorts of transport, the city has a unique presence of regal splendour.  Haha Mahal carries that timeless splendour of Rajasthan.

Best time to visit
The best time to see Hawa Mahal’s imposing beauty is in the morning. When the soft rays of the sunrise lit the palace, it’s a kind of beauty you’re never forget.

Hawa Mahal is a flat, high-screen wall that is five storey.

The design was inspired by the crown of Lord Krishna’s crown.

There are 953 small windows with impressive latticework.

The lattice serves as a ventilation for the breeze to pass through, making the inside area cool.

Hawa Mahal in a combination of Islamic Mughal and Hindu Rajput architecture.

The fluted pillars and the flowery patterns are that of Hindu Rajput influence.

The domes and the arches are designs from Islamic Mughal architecture.

You can always visit the facade of Hawa Mahal anytime of the day. However, if you’re keen on going inside, remember that inside is a narrow area and it can be very claustrophobic when it gets crowded.

Related Post: Things to do and see in India