Hampton Court Palace is one of the palaces where the Netflix series, Bridgerton, was filmed. If you have seen the series, the grounds and gardens are so familiar – only if you have set foot here. The palace is also one of the only two remaining palaces that King Henry VIII owned. And if you don’t know King Henry VIII, perhaps, you know him as the King who married six times. He ordered the execution of his two wives and one was detained until her death. The life of King Henry VIII was romanticized in the 2008 film, The Other Boleyn Girl. Eric Bana (King Henry VIII), Scarlett Johansson (Mary Boleyn), and Natalie Portman (Anne Boleyn) portrayed the major roles.

With a very dark, intriguing history, I think Hampton Court Palace is worth a visit. I’m not going to bore you with history in this post, but you should go and see it. You’ll learn all the juicy intrigues and detailed history once you’re inside.

But here’s what I can tell you about the palace.

William Shakespeare and his theater company, All King’s Men, performed several of his plays here for King James I.

In fact, they stayed here for three weeks to provide entertainment during Christmas time.

Hampton Court Palace is both a product of Tudor and Baroque architectural styles that blend well together.

The palace has a toilet space that could accommodate or seat 30 people! That’s a very grand toilet, eh?

I’m not a history geek but exploring inside the palace made me one.

Don’t miss the exhibition areas where you visitors learn the palace’s history and intriguing details of the monarchy that once lived here.

The Great Hall is one room you shouldn’t miss. Everything here is pure extravagance. The huge tapestries are wonderfully hung on the walls.

Hampton Court Palace is said to rival the Palace of Versailles in France. If you’ve been to Versailles, then, you might see a bit or some similarities of these two palaces.

Look up and you’ll be fascinated with its frescoes.

The entrance is adorned with animal statues which they call the “King’s Beasts.”

The gardens outside are inviting and well-manicured. There are thousands of flowers outside.

And if you have time, go and see the world’s largest vine.

The palace appeared in movies like Sherlock Holmes: A Game of Shadows in 2011, Pirates of the Caribbean: On Stranger Tides in 2011 and the TV show John Adams in 2008.

Directions to Hampton Court Palace:
The Hampton Palace is accessible by train from Central London. You can connect via Waterloo Station and get off at Hampton Court Station.

I’m sure you know that London isn’t cheap. I stayed in a reasonably-priced SoHostel in central London. It’s close to metro stops and shopping temptations are everywhere. And as the name suggests, it’s definitely in Soho area where bars and restaurants abound. It’s clean and has a nice colorful interior. The beds are good enough for me. 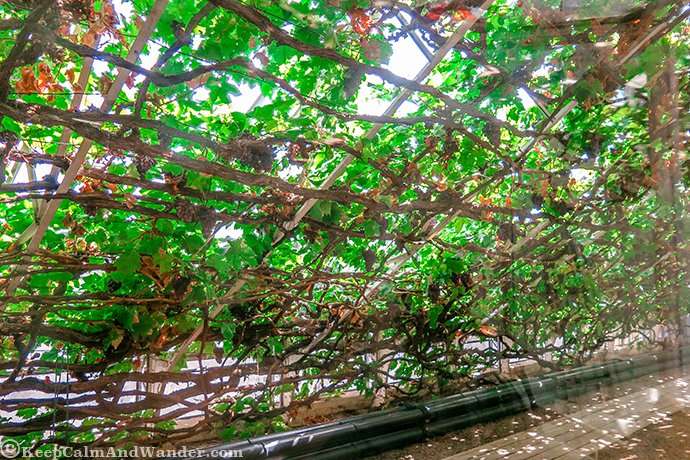 This is the Largest Vine in the World 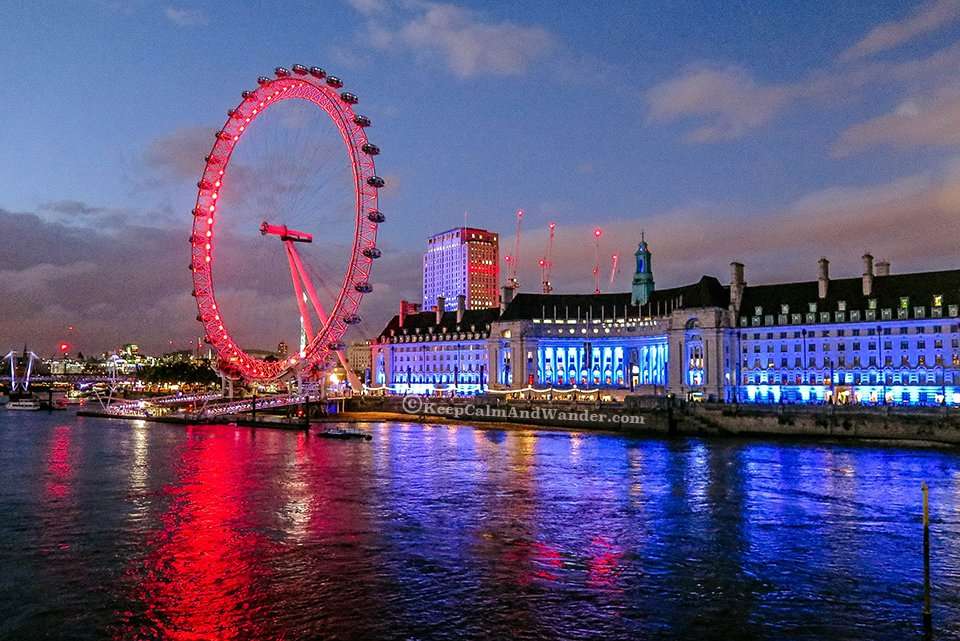 London Eye at Night is on Fire