The Gay Village and the Greenwich Village in New York City

Christopher Street is known as the Gay Village or just The Village.

At the corner of Christopher Street and 7th Avenue, stands Duplex, a cabaret. Ms. Barbara Streisand performed on the stage here in the early life of her career.

The Stonewall Inn became a prominent edifice in gay movement history. It was here in June 28, 1969 when the bar was raided by policemen and 13 homosexuals were arrested. Huge protest ensued in the following days and such became the historic standpoint of gay liberation in American history.

Across the Stonewall Inn is Christopher Park where these life-size statues stand / sit like the rest of the people resting here. These sculptures were designed by George Segal to honor the Gay, Lesbian, Bisexual and Transgender (GLBT) rights movement and to commemorate the events at the Stonewall.

Few steps from the park is this Northern Dispensary where the master of gothic writing, Edgar Allan Poe, used to go for the treatment of his colds. For more of Edgar Allan Poes houses, click here.

Walk few more steps and youll be in Gay Street, a curving street which defies the linear grid pattern of almost all streets in New York City. 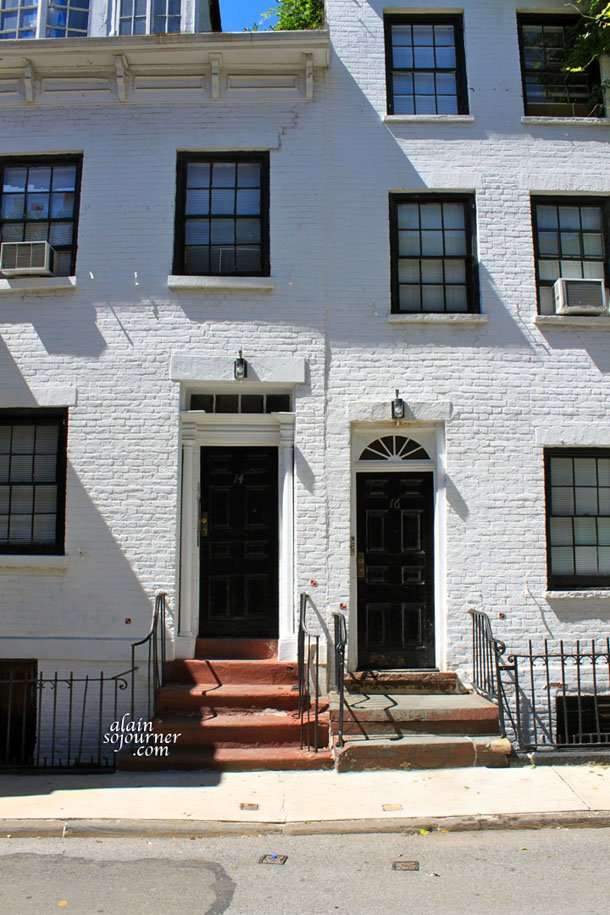 At 14 Gay Street, the author Ruth McKenney wrote her famous book, My Sister Ellen, in this apartment (left door). She talks about the crazy, zany life living in Greenwich Village with her sister. 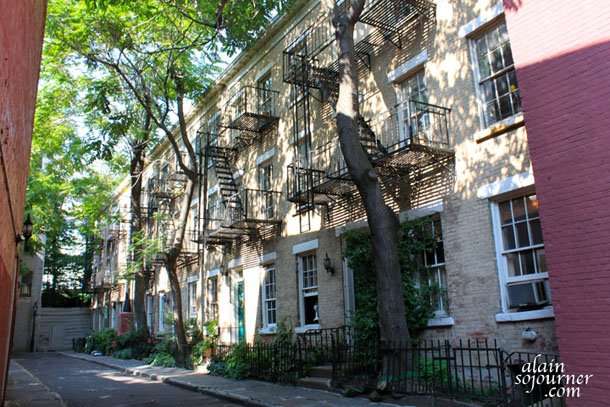 At Patchin Place, a cul-de-sac of ten brick houses from 1848, originally built to house the waiters from the nearby Hotel Brevoort, Poet e.e. cummings lived at #4 for 40 years until his death in 1962. Here, he was regularly visited by literary luminaries like Ezra Pound and T.S. Elliot.