Staying in Nara for less than 24 hours, is, of course, not advisable.

Though Nara is just a small city with narrow roads (like other japanese cities), it’s parks and alleyways are to be consumed by walking.

I did walk for an hour in the morning and was pretty impressed with the quietness in the streets. The Japanese are peace-loving people (as opposed to what I’ve learned before coming here) and a little noise would bother them for sure.

The real gem of Nara is not just it’s rich cultural and historical background but also its nature. It’s filled with lush green and walking around is refreshing.

In what supposed to be an hour trip turned into almost two hours due to holiday traffic.

Beginning Saturday last week, the Japanese government decided to have Silver Week so people can “relax” before the cold season begins. But, the main purpose, actually, is to boost local economy which is still is still in crises.

Kyoto is famous for it’s temples and gardens. This city used to be Japan’s capital and today, Nara is Japan’s cultural capital. 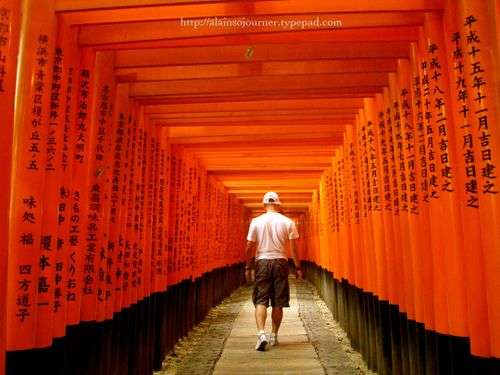 When I think of Kyoto, this orange torii comes to my mind.

Well, aside from the geisha, of course.

I thought that there’s only a short corridor of torii—but I was astounded to find that there are a lot and hundreds of torii with Japanese characters on it. I don’t what those mean but for sure, it’s something taken from the sacred book of Shintoism—whatever it is.

I did a lot of camwhoring with the help of strangers but mostly by my tripod. I had lot’s of fun posing here and there to the extent of warning strangers not to pass by yet so I’d be alone in the picture.

If not only of the crowd, walking in that tunnel-like torii must be an experience of serenity like no other.

This Shrine was dedicated to the gods of rice and sake by the Hata family in the 8th century. 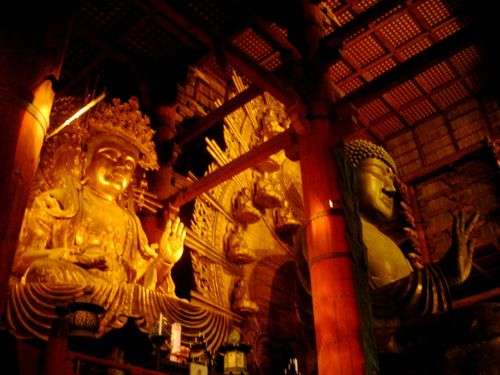 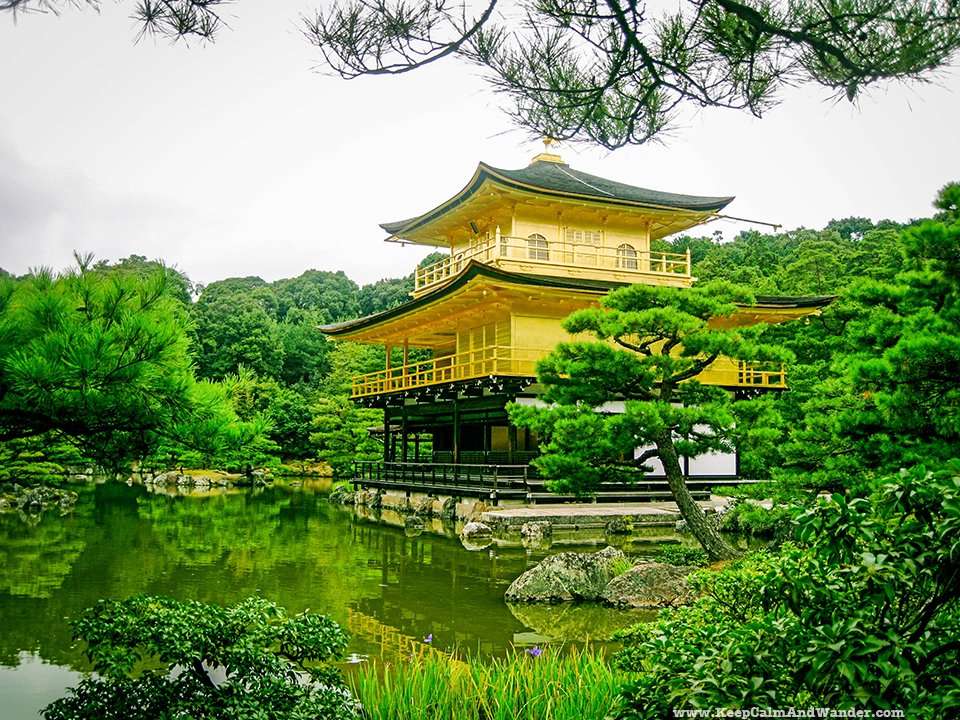 The Golden Pavilion in Kyoto