The Legacy of Frank Lloyd Wright

Frank Lloyd Wright and Ernest Hemingway used to live in the same neighborhood. They’re the great sons of Oak Park. In fact, they’re 7 minutes walk away from each other’s house. So, if you are done visiting Hemingway’s House, walk on your left and turn left on Chicago Avenue until you find 951 on your left. If you live in a house with an open concept, you are certainly living in a house influenced by the designs of [easyazon_link asin=”0394564367″ locale=”US” new_window=”yes” nofollow=”default” tag=”pridecostume-20″ add_to_cart=”default” cloaking=”default” localization=”yes” popups=”yes”]Frank Lloyd Wright.[/easyazon_link] He’s the first architect who introduced the open concept and the use of natural lights to make every space in the house well-ventilated and lighted. He wanted nature inside his house by the inviting natural light outside through his windows, doors and ceilings designs. And he’s the master architect of it. His designs are actually simple and away from the messy, crowded and complicated interiors what we see in modern homes today. He wanted space and simplicity but functional designs. All of these are evident in his own home and studio where he used to live for 20 years! His designs were heavily influenced by the simplicity of Japanese architecture.

No individuals are tourists allowed to get into his home and studio without joining a tour that costs $15. If you are taking photographs, you’ll pay additional $5 and you have to sign a document that says you’re not gonna sell those photos. The tour lasts about 30-45 minutes, depends on the size.

They also have another tour that goes from one house to another house (all designed by Wright) in the neighborhood but you can skip that if you’re in a hurry or if you don’t want to pay another tour.

I’ll show you what’s inside his home and studio. 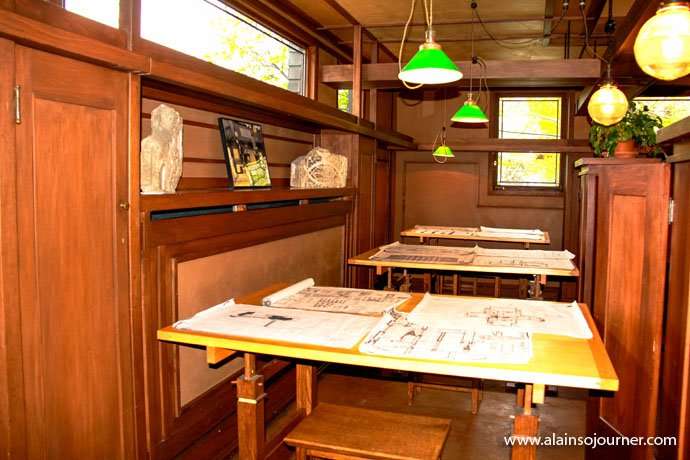 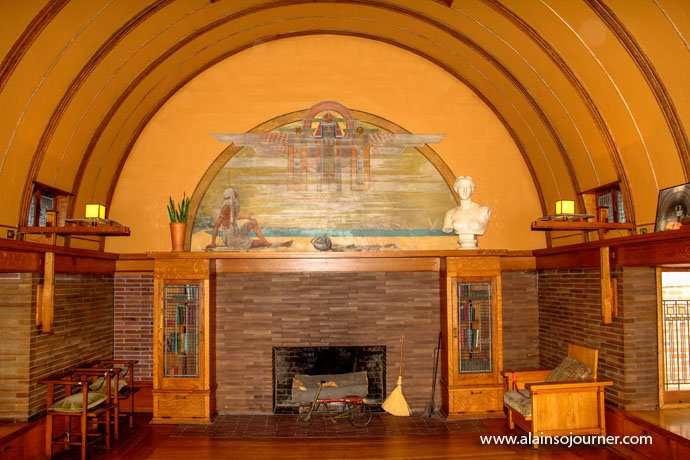 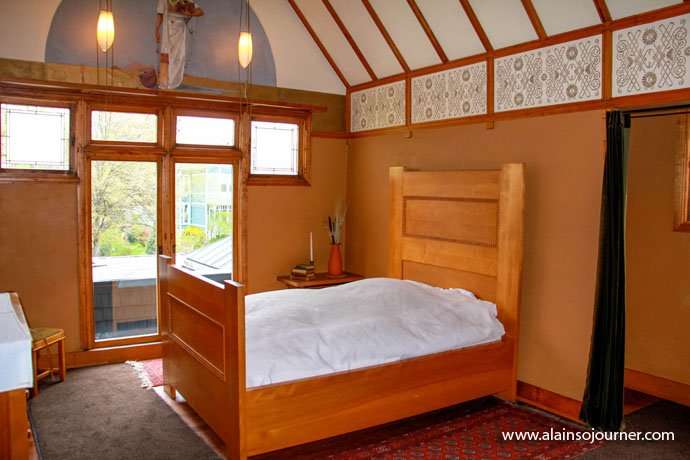 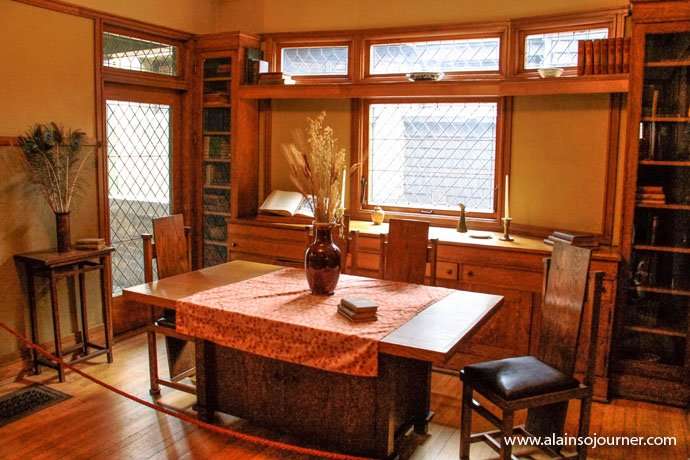 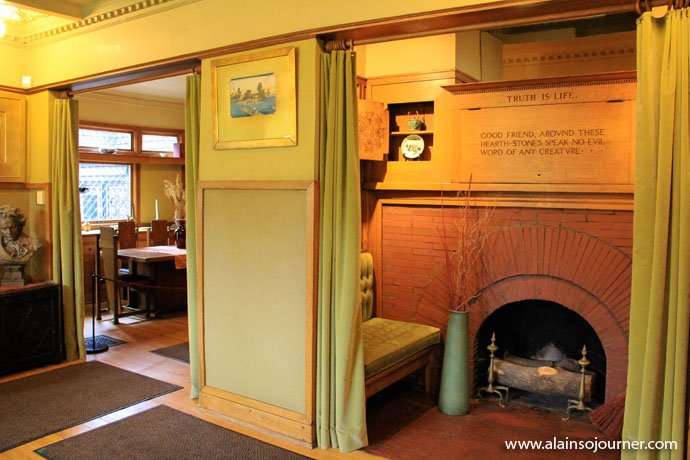 After the tour (I was the only one in it), I explored the neighborhood alone to see some of the houses Wright designed. I saw some of them on my way back to the train station via N. Forest Avenue.

This is the Moore-Dugal House built in 1895. It’s his own version of an English Tudor house. I don’t know if it’s only me but I really find this design ugly. What do you think?