Taj Mahal is not the only tourist attraction worth visiting in Agra, India. If you have time to spare before you get on your train to another destination, visit Fatehpur Sikri. It’s just 40 kms outside Agra and there’s a bus that goes there from the main station in Agra. But it’s better if you just hire a car from Agra Cantt for 1,200 rupees (8 hours). On your way there, do a side trip to Sikandra, where Emperor Akbar the Great rests in peace. These two attractions are manageable with 8 hours or less. And once you’re there, you can either do it on your own or hire a guide for 650 rupees. If you do it on your own, don’t forget to go further to the back and marvel at the stunning Jama Masjid.

Here are some interesting facts about Fatehpur Sikri, the City of Victory. I’m hoping these photos will convince you to go and see it on your own.

Nicknamed as the City of Victory, Fatehpur Sikri in Agra is a UNESCO World Heritage Site since 1986.

The monuments and temples here are built with the same architectural style.

For around ten years, the city was once the capital of Mughal Empire.

But it was deserted due to the scarcity of water supply in the area.

It was built by Akbar the Great, the best of all Mughal emperors, they say.

Fatehpur Sikri was the first Mughal city that included residential and religious buildings.

There are palaces, public offices, living spaces for the army and the attendants that served the Emperor.

This is the central pillar of Diwan-i-Khas. It was here where Emperor Akbar would gather religious leaders and discuss their faiths.

The ornaments that surround Diwan-i-Khas are beyond spectacular in their craftsmanship.

And oh, there are three palaces here that were built for Akbar’s three wives. Each palace has distinct characteristics.

Why? That’s because each wife came from three different religions: Hinduism, Christianity, and Islam.

Do you know why Fatehpur Sikri was built?

Salim Chishti, a revered Sufi Saint predicted that Emperor Akbar would have a son who would become the heir to his throne.

So, to honour the Saint who once lived in Sikri, this amazing village with impressive palaces was built.

Today, if you go inside Jama Masjid, you’ll find a white marble temple where the Saint is buried. 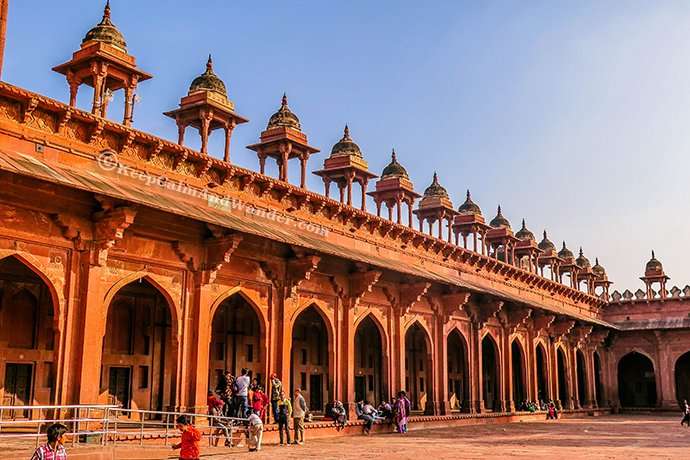 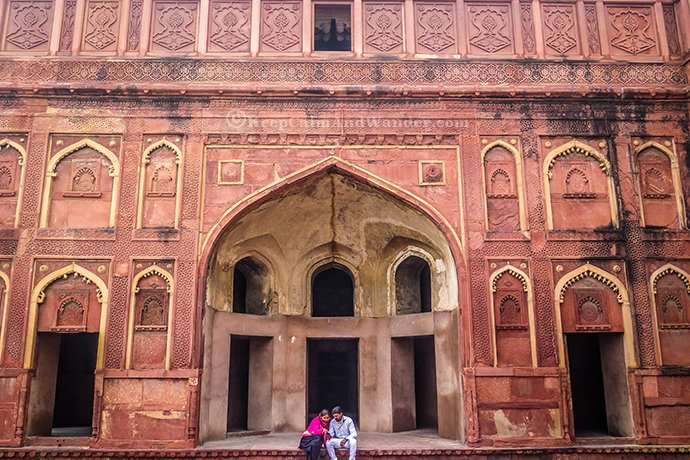