Michelangelo’s Pieta is one of the statues etched in my memory while leafing through art books in our high school library. Never have I ever thought that I’d see it one day – in Rome’s St. Peter’s Basilica. In fact, I almost missed seeing it! I was already done circling the interior of the Basilica and heading for the door when I stumbled on a crowd assembled on a small chapel. As someone who’s short, I couldn’t really see what the agog was about until I had a glimpse of the statue when I was almost at the front line. I knew right away that it was Pieta! To my dismay, the tiny chapel was caged in a bulletproof glass. I couldn’t even get a selfie because it was so crowded! 😀 I stood on my ground for 15 full minutes before giving my space to the next person in the crowded area.

What is Pieta? It’s an Italian word for pity. It is also synonymous to a statue carved by Michelangelo from a single marble slab. It’s a statue of a Virgin Mary looking down on her dying son, Jesus, writhing in pain and on her lap. According to my religious friend, “The statue is so detailed that it moved me to tears.”

Challenge Yourself. I stared at the statue for a long time and found myself having this feeling of pity or compassion, but not, piety.

Where to Find Pieta. When you enter St. Peter’s Basilica, you’ll find Pieta on the right side. It is the first chapel – and you can’t miss it! Don’t be discouraged by the crowd. Be patient and wait for your turn ’till you get to the front. 🙂

1. It was originally commissioned for a French Cardinal in Rome – for his funeral. 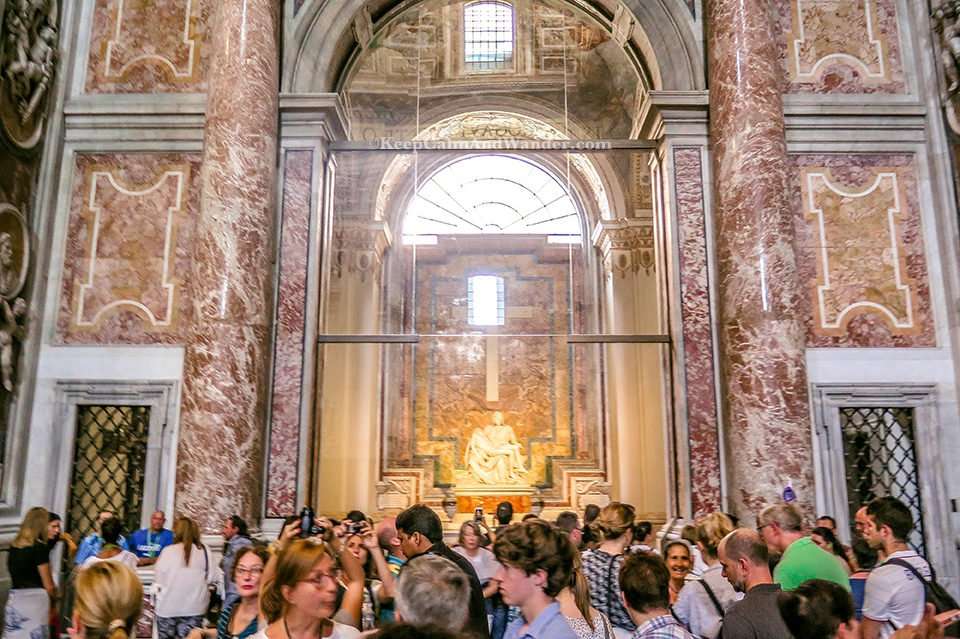 2. Pieta is the only work of Michelangelo that was signed. Though I didn’t see it (because no one could go nearer), the artist actually put his signature on Mary’s chest. 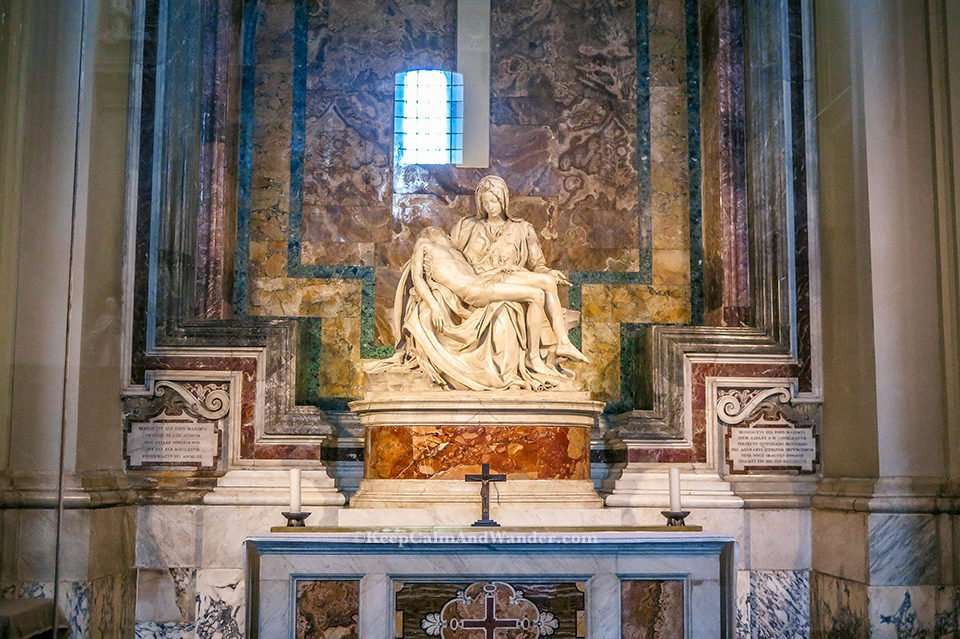 3. Religious zealots criticized Mary’s youthful look in the statue. They thought that she is too young to be the mother of a 33-year old Jesus. But, then, they forgot that Mary was a Virgin, right? Virgins don’t just wrinkle quickly, yaaassss!? 😀

4. Pieta was attacked in 1972 by a Hungarian geologist. The sculpture received 12 blows from the man’s hammer. He was later sent to a mental institution, released two years after and was deported.

5. The Greatest? For some art enthusiasts, Pieta is Michelangelo’s greatest work – way better than the frescoes at Sistine Chapel or the Statue of David in Florence. I’ve seen all three but my vote goes to the frescoes.

Money-Saving Tip in Rome and Vatican

Rome and the Vatican are packed with places to see and history to marvel at. If you’re going to stay there for a few days only, it’s very impossible to squeeze and see everything you want to see. This Rome & Vatican Pass will let you see the places you’ve been dying to visit and known of from the pages of history books.

Hostel Alessandro Palace and Bar is your best bet in Rome. This hostel exceeded my expectations. The spacious rooms are secured with magnetic key cards and equipped with safe lockers for your valuables. You have to bring your own lock though. If you forgot to bring one, you can always buy one in their vending machine downstairs. They also have a bar that serves your alcohol needs. The staff are friendly and speaks English, too. The area has a lot of cafes, restaurants and grocery shops. The Roman Colosseum is 30 minutes and the Trevi Fountain is 20 minutes walk from here. But, most of all, it’s less than 5 minutes walk to the Rome Central Station. Trains to the airport and to another parts of Italy start and end in this station. You can book Hostel Alessandro Palace and Bar in Rome via HostelWorld and Booking.com. 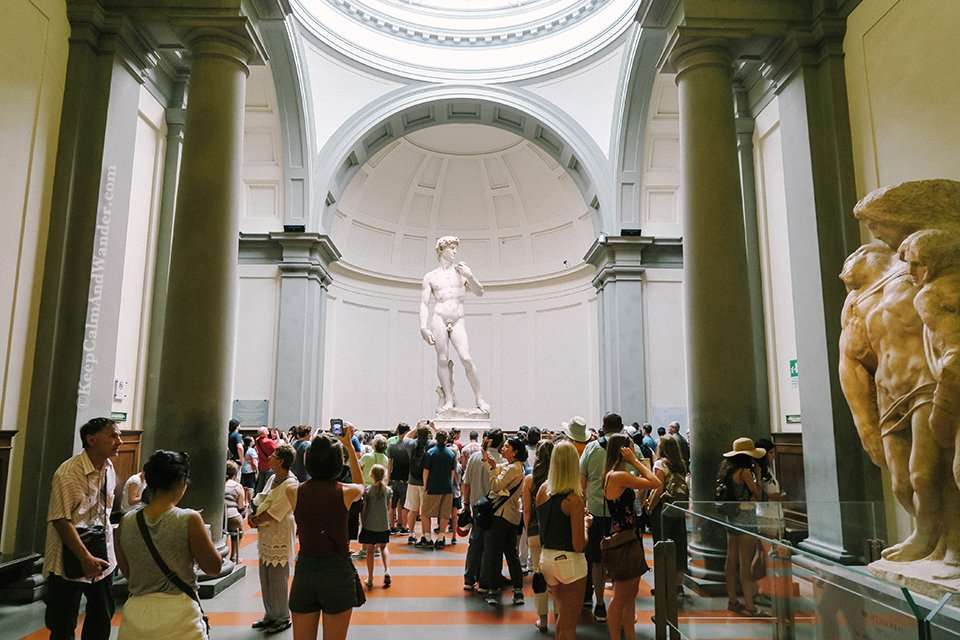 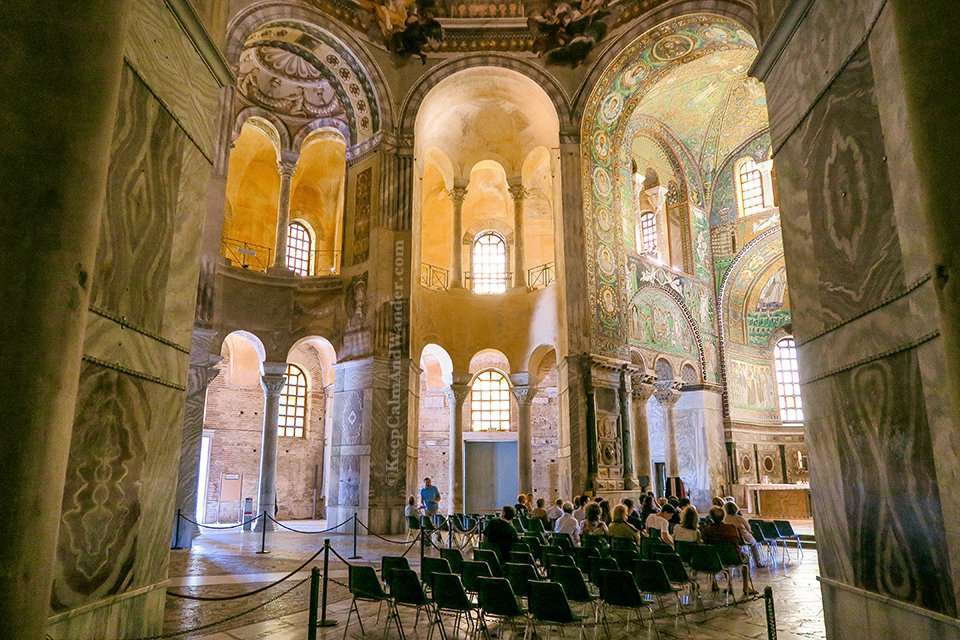