Finally, I was able to see a face-changing show in Beijing. This is one thing I promised myself that I’d never leave China without seeing one.

Last week, when a friend moved our original rendezvous for dinner from Dongzhimen to a restaurant near my workplace in Jianwai Soho, Goumao, I never objected because it’s a dream come true.

Due to my inability to read Chinese (what a shame), I don’t know the name of the restaurant. But, you can check out their website at: . Probably, the name is baguo buyi? Or call 6567-2188.

It serves good Sichuan food and it’s on the second floor of a 3 or 4 star hotel. It’s medium-priced and the setting is very Chinese. Don’t think about wet kitchen and smelly kitchen wares. It’s clean and nothing to worry about strands of hair on your menu. Am I scaring you? Hahahahaha…

When we arrived there, lots of people were lining up on the stairs, so reservation is a MUST. You have to be there before 7:30 pm because there’s only one show in the entire evening. We were waiting there ….. thinking that there’d be another show but disappointed when the waitress told us the bad news. 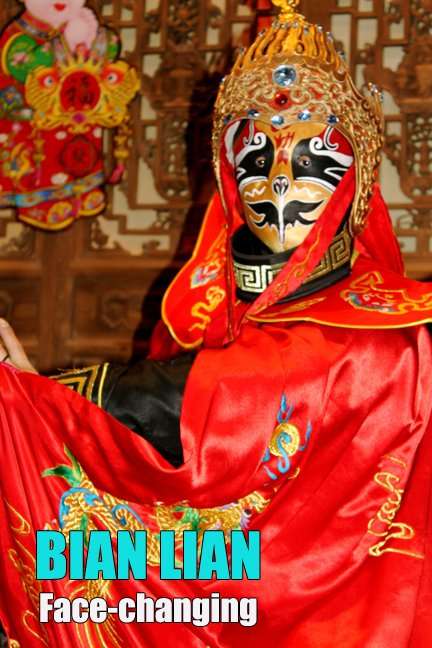 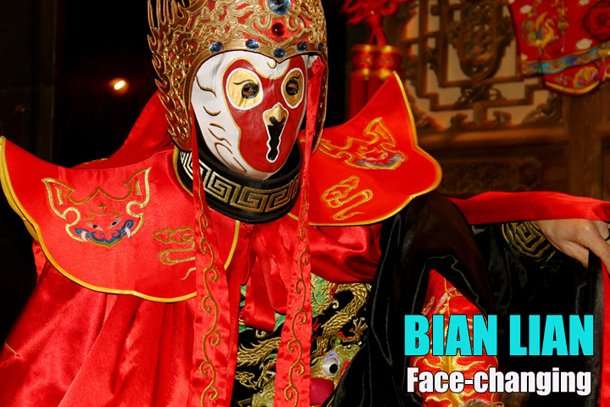 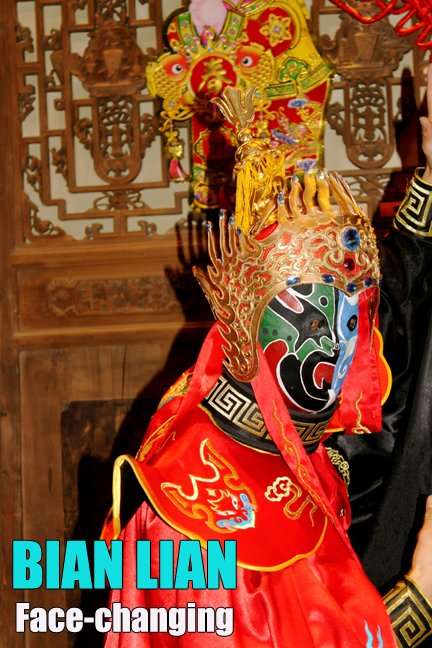 Recently, Hong Kong pop star Andy Lau learned this secret art from skilled masters by paying them about 3,000,000 yuan ($360,000), much to the chagrin of other old experts.
Andy Lau only learned how to do the trick, but has not yet mastered it.This secret has been passed down from one generation to the next within families. In fact only males are permitted to learn Bian Lian. The old way of thinking was that women do not stay within the family, and would marry out. 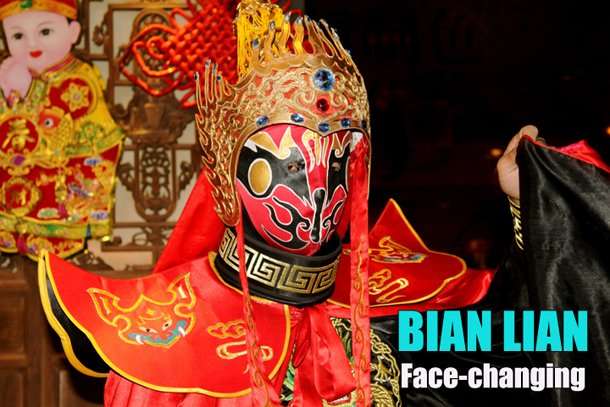 Bian Lian is rarely seen performed in the United States because foreigners are not permitted to the learn the art form.