Exploring the caves at the Marble Mountains in Da Nang can be really confusing. There are just so many of them and you don’t even know where to start – even if you follow the map. Going to one direction would mean either you will miss a cave or you will have to go back on the same route to reach the other caves in the opposite direction. There are no shortcuts here. I ditched the map they gave me. I just followed the signs.

The Marble Mountains is a collective name for 5 groups of mountains named after five elements. They are Hoa Son (Fire), Kim Son (Metal), Tho Son (Earth), Thuy Son (Water), and Moc Son (Wood).

As the name suggests, the mountain is popular because of its marbles and limestones. Climbing these mountains is just one of the few things to do in Da Nang. Aside from its beaches, I think this is the city’s most visited tourist attraction.

There are not only caves to see here but there are also pilgrimage sites, tunnels, and a revolutionary base used during the Vietnam War.

Where are the Marble Mountains and how to get there?

Nine kilometers south of Da Nang City, you will find these clusters of hills/mountains. The best way to get there is by taking a cheap Grab motorbike.

And since it’s a mountain, yes, it involves climbing the stairs all the way to the top. But for those with weak knees, don’t worry – they’ve got an elevator! But, of course, that’s an additional fee on top of the entrance fee.

Exploring the Caves and Temples

Here are some of the caves I’ve explored up there. Unfortunately, you won’t find descriptions of the caves but names. It’s really hard to figure out the cultural or historical significance of each cave you are in. But one thing I’ve observed is that the caves either have statues of Buddha or Hindu deities.

As you take the stairs from the mountain base, you will notice the lush green forest. Don’t miss admiring these impressive marble statues of dragons and maidens on your left.

Then, take another flight of stairs and this massive Buddha statue welcomes you.

This pagoda is just a few steps from the huge statue you see above. Be very quiet here especially when there are Buddhist monks doing their prayers. Tourist guides are not even allowed to give speeches/narrations in front or within the pagoda.

Perhaps, this cave is the most historical of all. This was once a secret base for the local Vietnamese fighters throughout the Indo-China War. During the Vietnam War, this was an army drill/exercising venue for the soldiers. And in 1968, it became a temporary medical ward for the wounded.

If you happen to visit here in the afternoon, the rays of light coming from a tiny hole above the cave are mesmerizing.

This is a very small cave and there’s nothing much to see.

Well, as the name obviously states, this is where you can see the views of Da Nang shoreline. It’s doesn’t really have an impressive view. I’d say that the pagoda is built on the wrong part of the mountain. 😀

When visiting this pagoda, don’t forget to rub the Buddha’s belly – for good things, luck and life.

This cave is the most dramatic. You have to pass through a zigzag narrow path and this towering Buddha emerges. What a photogenic spot this cave is!

You have to climb narrow, steep flight of stairs to reach this cave. The first thing you see is this statue of Buddha. Behind it a very slippery marble stone stairs to another cave. The stairs might look easy to tread, but it’s actually not.

If you are taking the elevator, this is the first temple you will see. This is also the tallest pagoda in the mountain.

The stairs to the Gate of Heaven might be long and narrow, but the views that await you are worth the trouble. Yes, you can even see the Dragon Bridge from here! From the last concrete step to the zenith, you will only have to tread on shiny and slippery, marble rocks. It can be dangerous – so be very careful.

Where to stay in Da Nang

Hang Mansion Hotel and Apartments is on the main road that goes to My Khe Beach. From the hotel, it only takes 3-5 minutes to walk to the beach. The hotel’s top floor has a small swimming pool and you can see the sweeping views of the surrounding areas and the beach from up there. The room is clean and two bottles of water are provided every day. There are a lot of restaurants, grocery shops, cafes, and other hotels around. The staff members are nice and helpful. The reception also offers tours and private cars – but you need to ask them. They don’t really seem to advertise such a service. You can book it via Booking, Expedia, and TripAdvisor. For hostels in Danang, check this out. 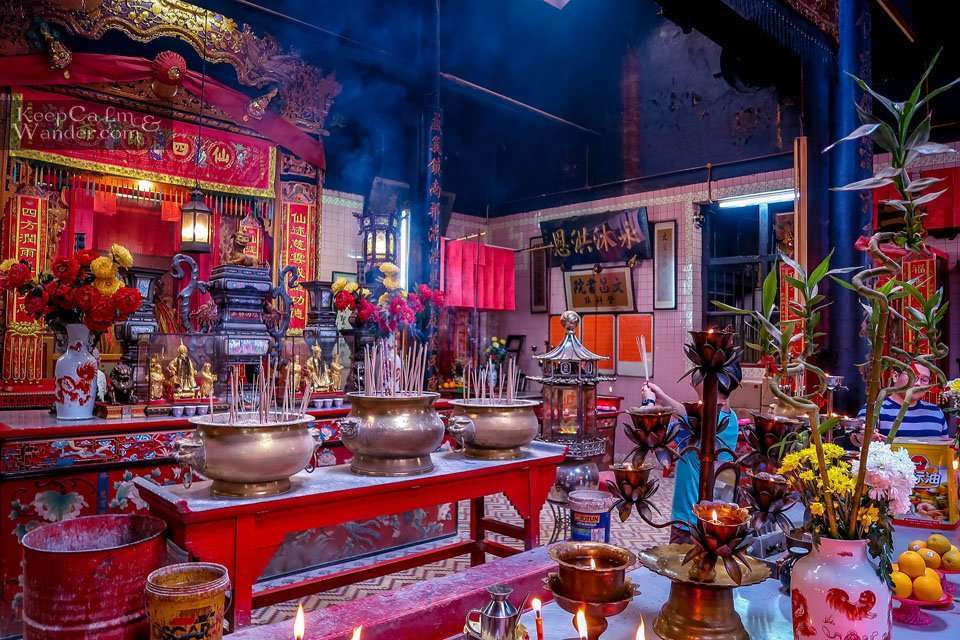 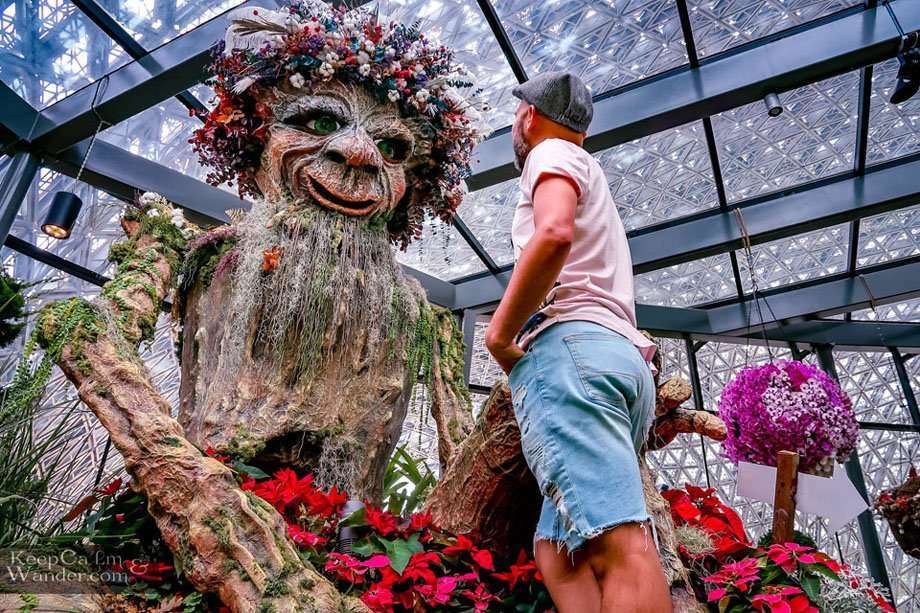 Inside the Floral Fantasy at Gardens by the Bay