Admission is FREE but there’s no public transport that goes there. 🙁

This is the Superstition Mountain in Apacheland. 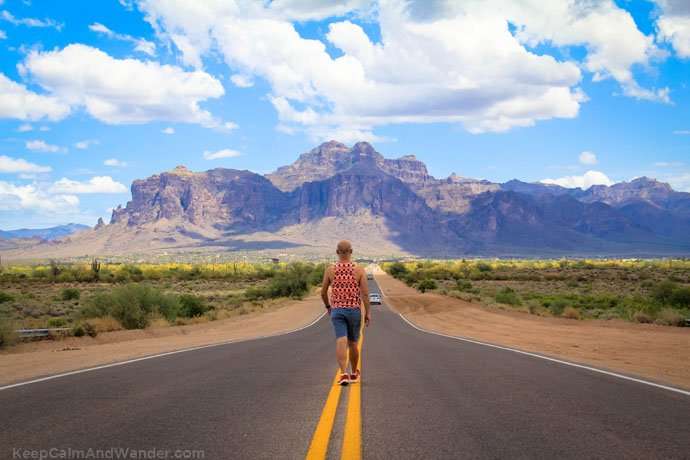 The Superstition Mountain in Apacheland.

At the foot of this mountain, lies the Elvis Presley Chapel. 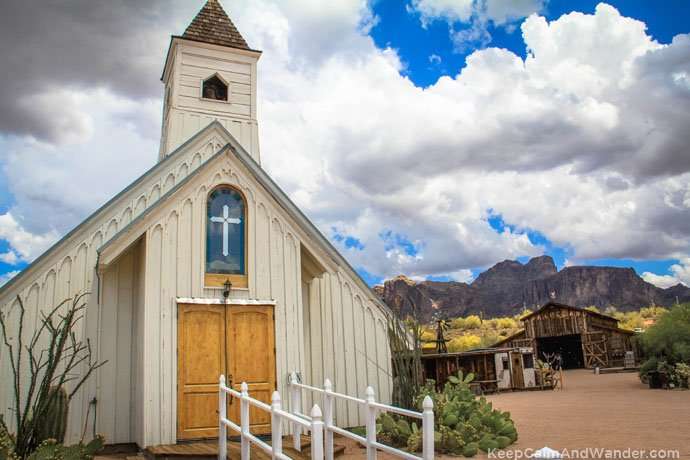 This is the facade of the Chapel. 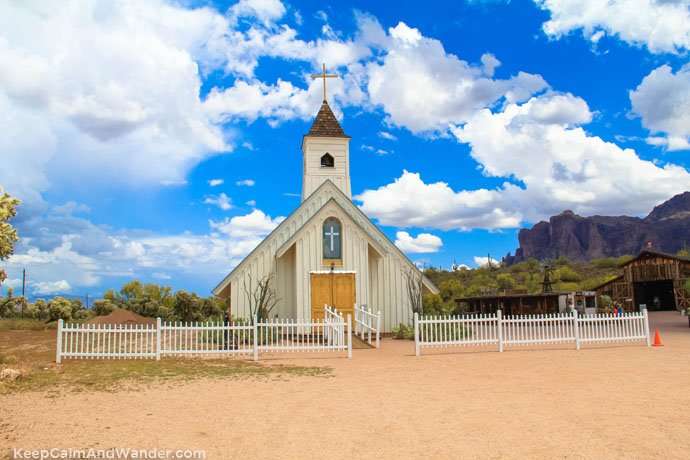 Inside, there’s no altar or a crucifix. 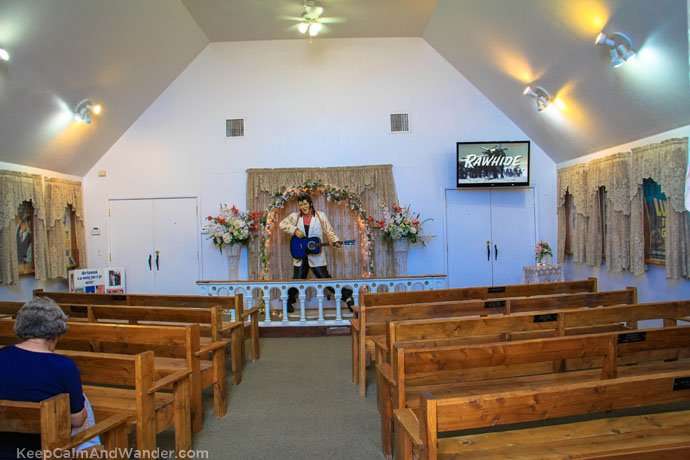 But there’s a life-size statue of the King of Rock n’ Roll with his signature move and guitar. 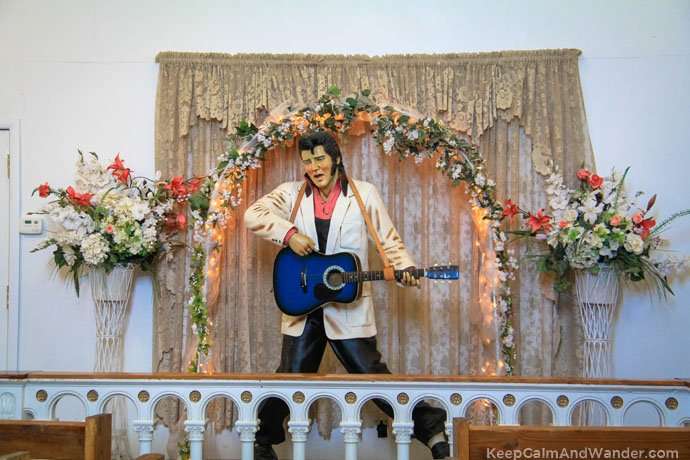 Instead of windows with mosaics of religious celebrations, they’ve got western movie posters. 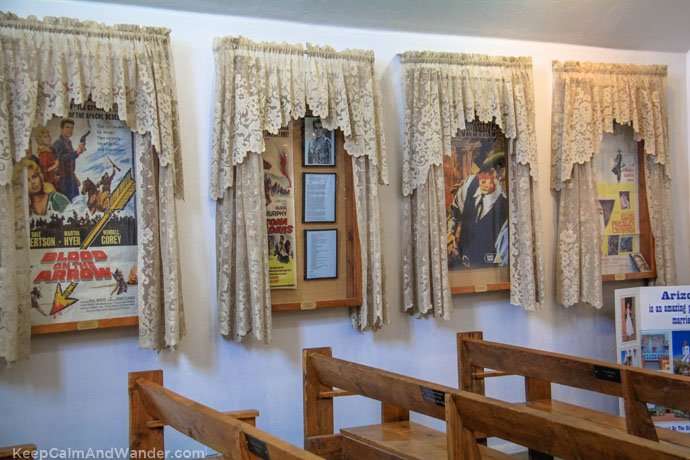 Apacheland Movie Ranch is a studio ground where old western movies and television shows were used to be filmed for 45 years! And of course, Elvis Presley’s, CHARRO, was made here, too. Other notable westerns that used the Supersitition Mountains as backdrop were: The Haunted, The Ballad of Cable Hogue, Blind Justice, Arizona Riders, Blood on the Arrow and The Gambler II. Television shows like, Have Gun Will Travel and Wanted Dead or Alive were filmed here, too.

Want to have a wedding celebration at Elvis Presley Chapel? Book here.

Other things to do and see in Apacheland

Across the Elvis Chapel, there’s a museum collecting memorabilia of all things western movies that were made here for 45 years. Look around the ranch because there are more interesting things to see of old yore. 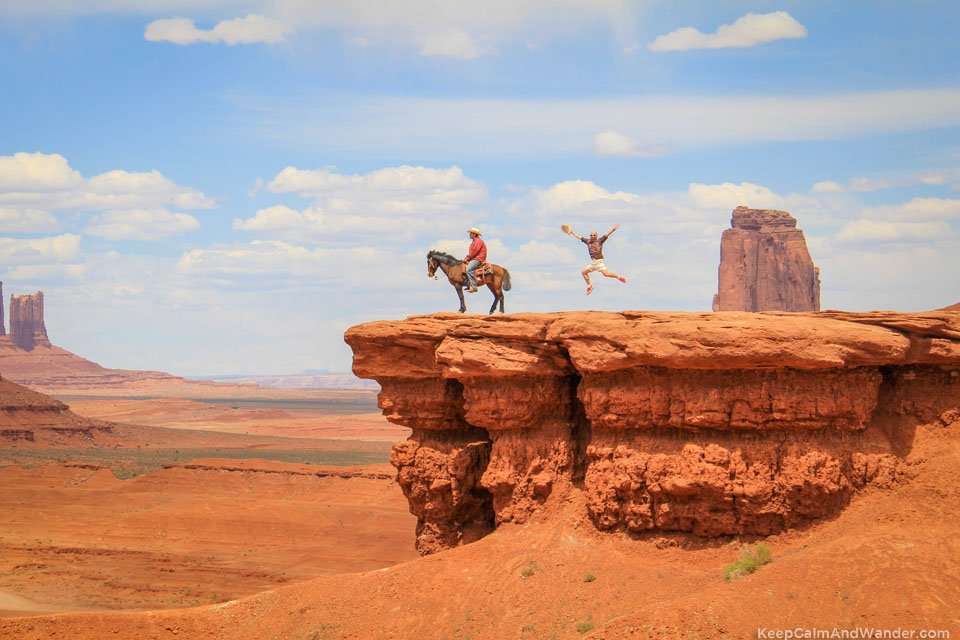 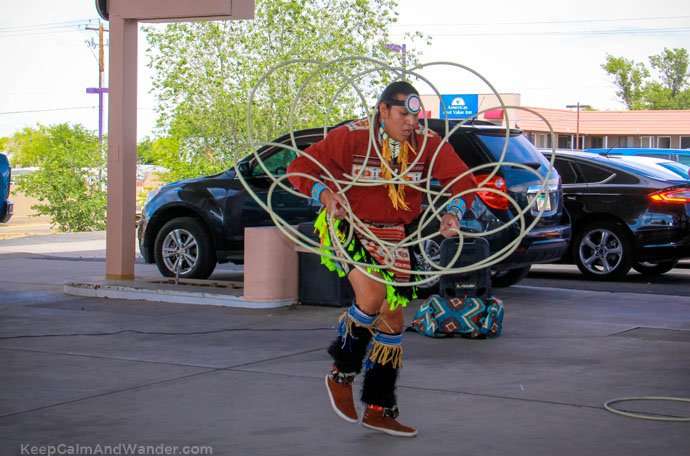