JORDAN CAN’T WAIT TO SEE YOU!

I just didn’t float but also frolicked in it–with my rainbow wig! While others pretended to read a book, I brought my iPad and browsed Ellen DeGeneres’ website. Ok, there was no internet connection alright, but I saved the link so I could pretend, too. LOL…

Our trip from Aqaba (southern part of Jordan) to the Dead Sea was four hours long by bus. At mid-trip, we stopped in a lone grocery store/cafe in a desert highway, 100 meters below sea level. As we approached to the lowest point on earth, our guide constantly reminded us of our elevation level until we were driving along the Dead Sea shoreline. 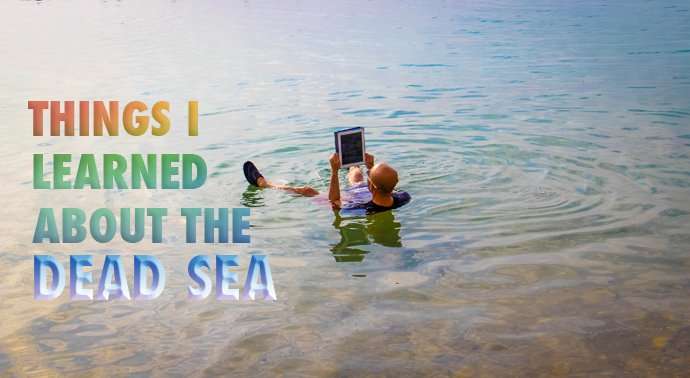 Driving along the Dead Sea highway was a biblical journey. We passed by Lot’s (Prophet Lot from the Bible) Sanctuary and the Museum at the Lowest Point on Earth. Our guide pointed to us the cave where Lot and his two daughters sought refuge after the rain of fire. He also told us of the ongoing excavations that might prove of the true existence of Sodom and Gomorrah, places which the Christians would love to mention about how detestable homosexuality is. Duh.

But, anyway, let’s talk about the Dead Sea, not homosexuality. LOL…

Here are the things I learned about the dying Dead Sea. Let’s start with the obvious.

Even with a book. An iPad. Or in a rainbow wig! You couldn’t touch the bottom with your feet if you’re away from the shore. 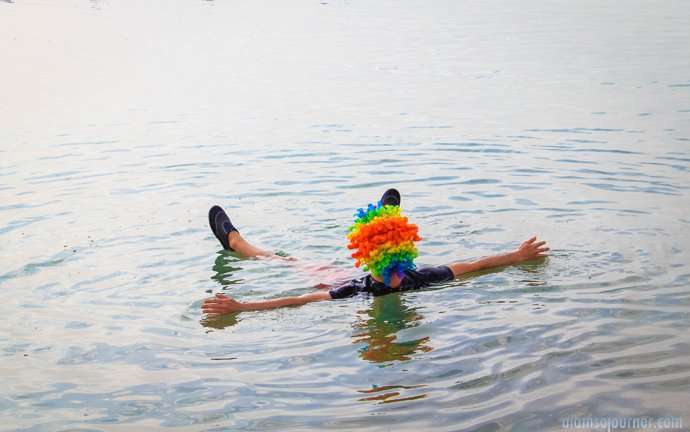 2. It’s the lowest point on earth. 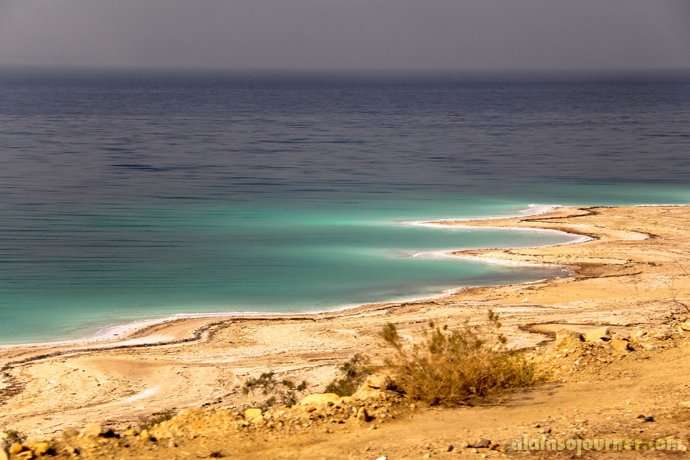 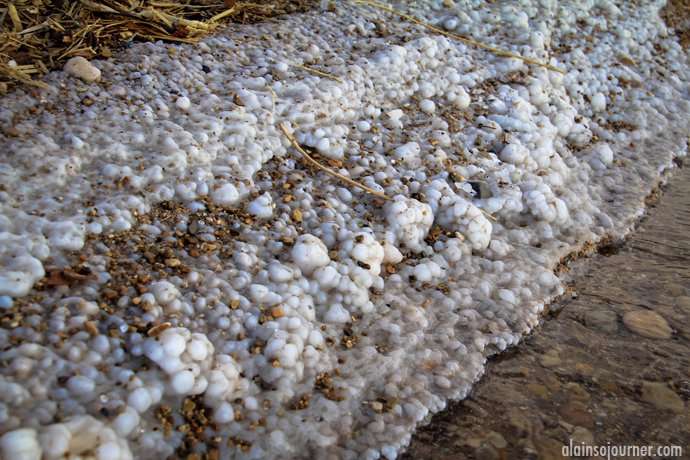 That’s why it’s named as such. No marine life survivors ever recorded. 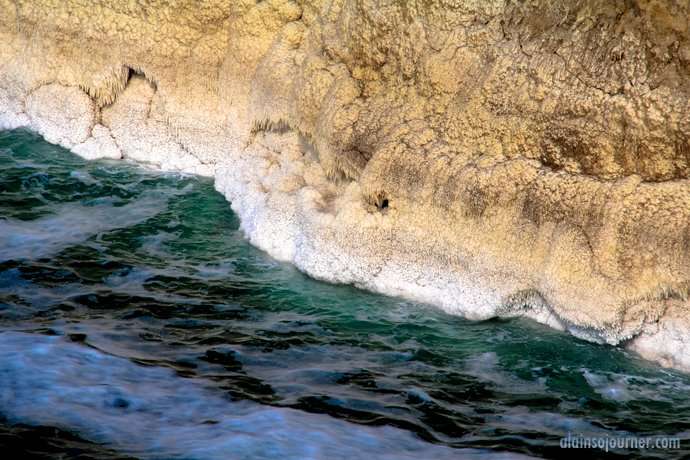 5. Water is sustained by River Jordan and hot springs.

But, the sad news is that, River Jordan needs help and the number of hot springs is now down to 13. 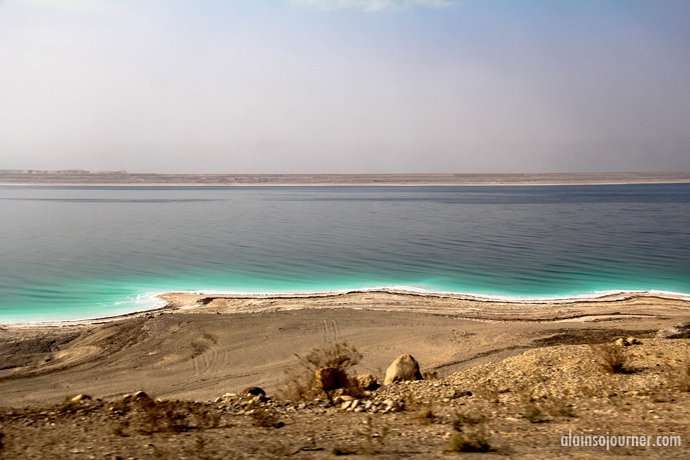 It’s a nasty experience if you do. Run to the nearest cold freshwater shower on the shore. Do not shave a day before you float. Open wounds + salt = very unpleasant. 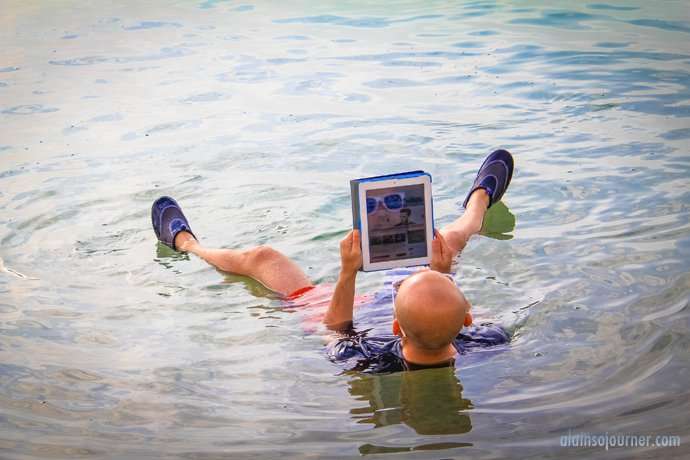 Not just the sea water but also its mud. Doctors have proven that the minerals found there are beneficial to your skin, thus, there are lots of Dead Sea skin products everywhere. It’s the world’s largest open-air spa. 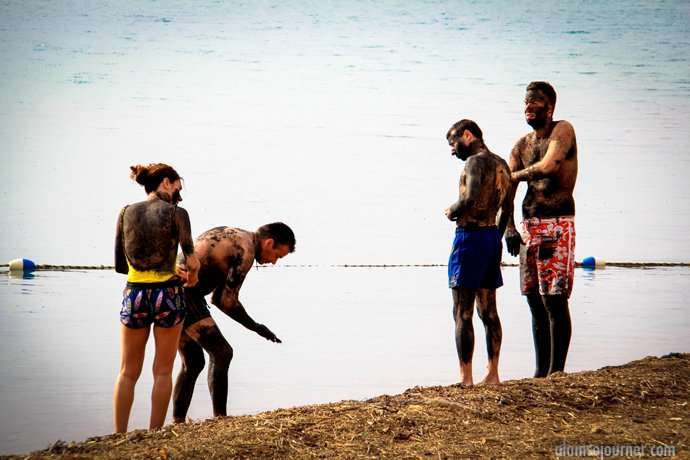 8. Beach Resorts are only in designated areas.

These areas, however, are infested with high-end hotels, like the Marriot, Holiday Inn, Kempenski, etc… 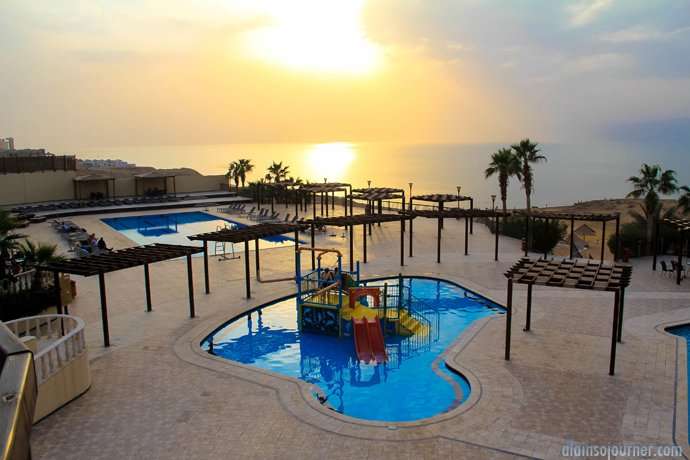 So rich that the concentration of farming in Jordan is in here. Fruits and vegetables are organic. Tomatoes are everywhere along the highway. 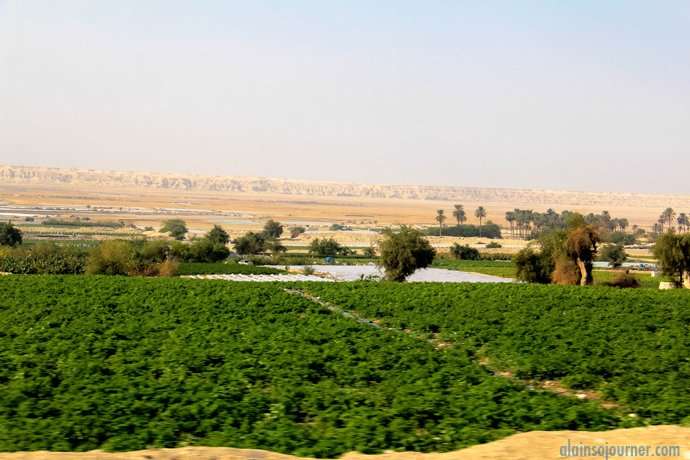 Because it’s the boundary between Israel and Jordan. 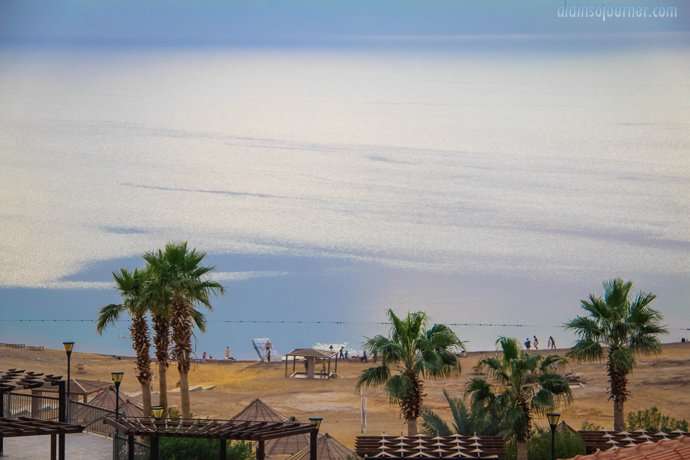 It used to be a thousand square kilometers, but nowadays, it’s just around 700 sq. kms. More water evaporates than flows into it. Every year, it drops to 1 meter. One day, if no action is taken, the Dead Sea will live up to its name. 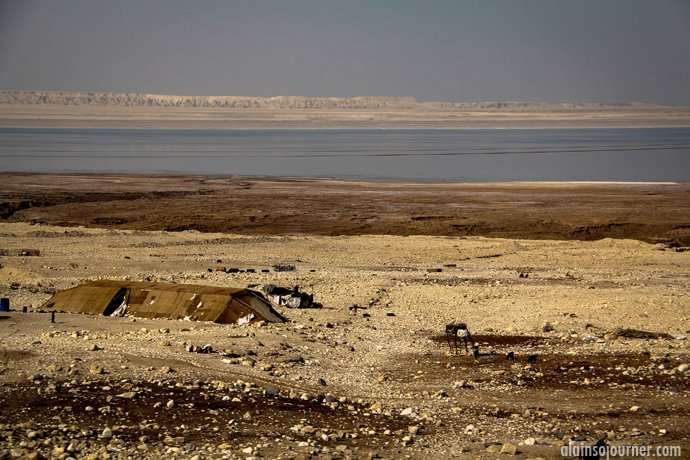 The water level used to be where the tent is.

12. Israel and Jordan are trying to save it.

There’s a big plan right now to source water from the Red Sea via a canal to the Dead Sea. While the plan is a good solution to the problem, many environmentalists are worried that it will change the quality of water and the ecological balance of the area that surrounds it. 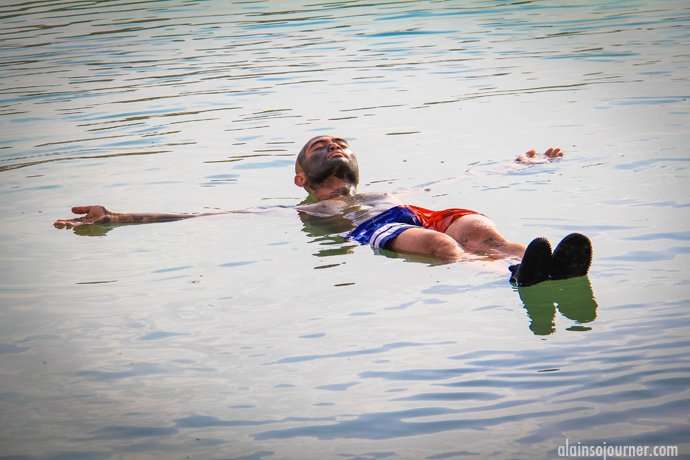 Even in winter time. 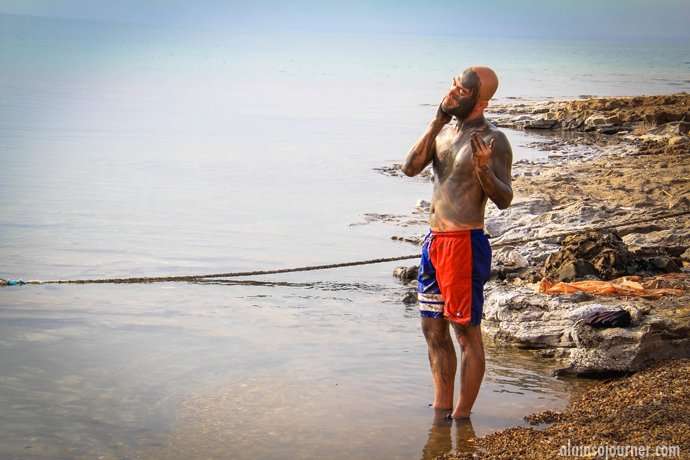 If you are into an excellent organized tour that will give you enough time to explore the places you wanna visit, check EXPLORE WORLDWIDE.

Also, check the following links for the places we’ve been to with LAWRENCE’s ARABIA TOUR in Jordan. 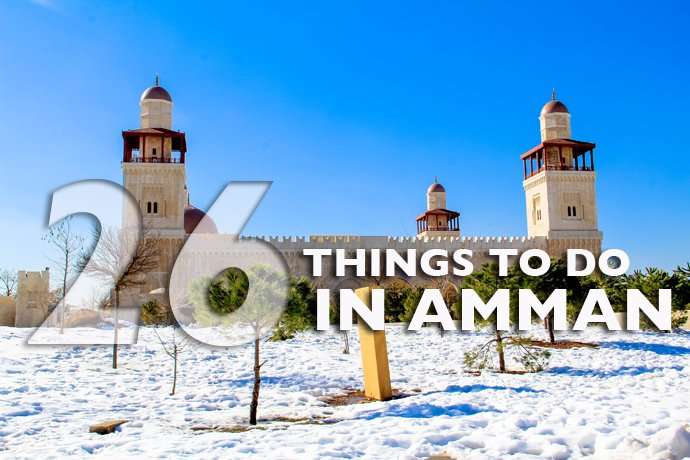 26 Things to do in Amman 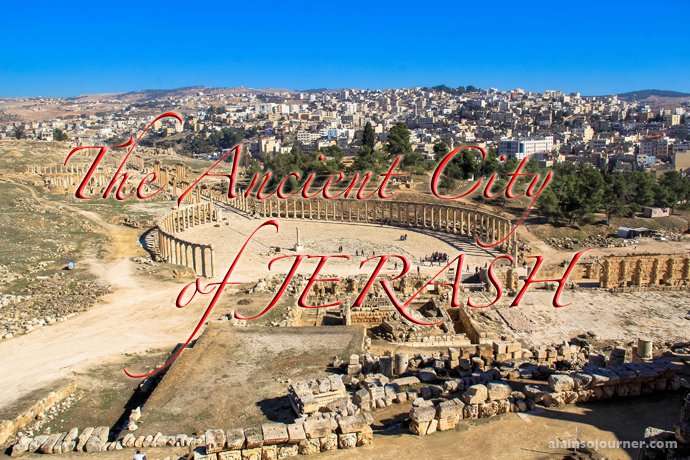 The Ancient City of Jerash