Do you know what I did last summer? It’s the best summer I’ve ever had and I don’t know if I could top that ever again. Here are the stats: 4 continents, 8 countries, 21 cities, 11 flights, some bottles of wines and sangrias, and a handful of people I’ve met.

Let me show you where I went last summer.

It’s my second time in this country. But this time, I only stayed for four nights in Dubai, spending time with brother’s family and meeting friends I haven’t seen in ages. Instead of booking a hotel, I rented a studio apartment in downtown Dubai. Though I came during the first week of Ramadan, Dubai, as usual, was open for business on irregular hours.

Morocco dazzled me with its breathtaking mountains, searing desert, charming villages, colorful culture, and kind people. It’s an assault to the senses and it never failed to amaze me throughout my two-week stay. It’s a wonderful country everyone should visit once in their lifetime.

Casablanca
There’s nothing much to see here but this city is immortalized in a Hollywood classic movie with a tagline, “A kiss is just a kiss.”

Marrakech
It’s everything. The souks are wonderful and it’s the cultural mecca you’d enjoy to experience.

Rabat
The country’s capital is eclipsed by Marrakech when it comes to fame but shopping is great here since there are only few tourists around.

Meknes
Once the capital of the country, Meknes is home to some of a well-preserved Spanish-Morrish style buildings in the country.

Volubilis
Old Roman ruins stand the test of time in an open field of nowhere.

Moulay Idris
Simply called the “White Village” on the hillside.

Fez
As my taxi driver said, “Welcome to Fez – the intellectual and religious capital of Morocco!”

Chefchaouen
Morocco’s most beautiful tiny city is also known as the “Blue City” or “Blue Village.” Do not skip this city when visiting the country.

Tangier
Being on the tipmost part of the African continent, this city is the door to Africa and Europe. I took a 30-minute ferry ride from here to the southernmost part of Spain.

OMG, Spain! It’s my first country in Europe and boy, I had the time of my life! The country is easy to love and its fun vibe is infectious. Yes, it’s hot in the summer but Spanish men are the hottest!

Sevilla
Be mesmerized by the passion of flamenco. Dancers will hypnotize you with their flirty movements.

Madrid
I stayed here for more than a month, in a neighborhood that’s the center of it all – Chueca, the city’s gay district. And Madrid’s Pride Parade is flooded with hotness and cuteness, too! I’d say that I had a really, really, really good time here. What happened here, would stay here.

Toledo
This is Spain’s most religious city – and you can’t argue with that. Just look at inside their grand churches – and you’ll be blown away!

Avila
This is home to Spain’s most beautiful and most preserved city wall. This is also the birthplace of St. Teresa of Avila.

Segovia
Wander along the aqueduct that made this city famous. Make sure to visit the castle that Sleeping Beauty’s castle in Disneyland was modeled after.

Barcelona
They have mountains, beaches, green, arts, history and hundreds of tourists! Don’t ya ever forget to party here, too!

I found out that connecting my flight in London is way cheaper than flying straight to Toronto from Barcelona – so I decided to drop by here for 5 days. As expected, London’s infamous weather greeted me when I arrived. I went sightseeing and walked the city center most of the time. I  met friends I’ve never seen in a long time – and oh what fun we had! Two out of five days, The city’s sky was blue – and I thanked The Queen for that!

Of course, summer wouldn’t be complete without visiting my adopted country/city. Eh, Canada! I planned to stay here for three weeks but I got an email from work that I had to report on the first week of September, so I had to cut my visit to 12 days. I’ve seen my friends and I’ve got to visit my favorite place twice – the Toronto Islands.

Since 2011, visiting New York City is an annual tradition. Compared to my previous visits, this summer seems to be construction season at its worst! For a week, I visited and chilled at Central Park 4 times!

I had 6 hours layover in this city – and I didn’t want to get bored. With very accessible transport to the city center, I decided to get out of the airport and walked around part of the city’s most-celebrated canals. With pink and orange sun streaks in the morning sky, Amsterdam is mesmerizing.

I came here to process my visa before going back to the Kingdom. It’s my 3rd visit – and boy, the weather was hotter than hell (I think). On my second day, I walked

I went back to Dubai during the Eid Al-Adha holiday for a week to meet a Spanish friend I’ve never met for more than 6 years. It was so great to see each other again – what a reunion it was! Then, we spent time with our brothers’ families at Yas Waterworld for a day of fun in the water.

And here I am now…waiting for another vacation. And thinking where to go next… 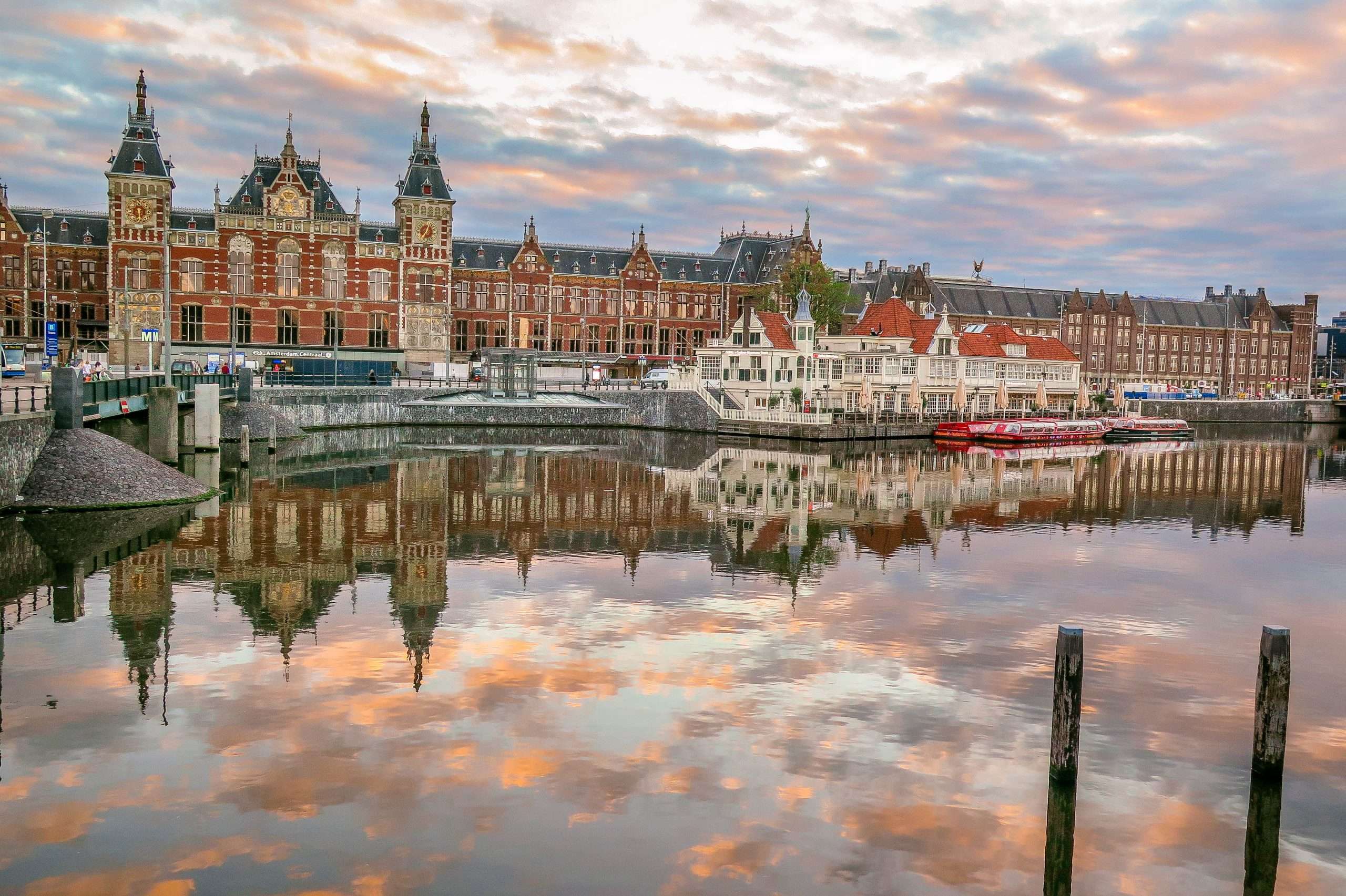 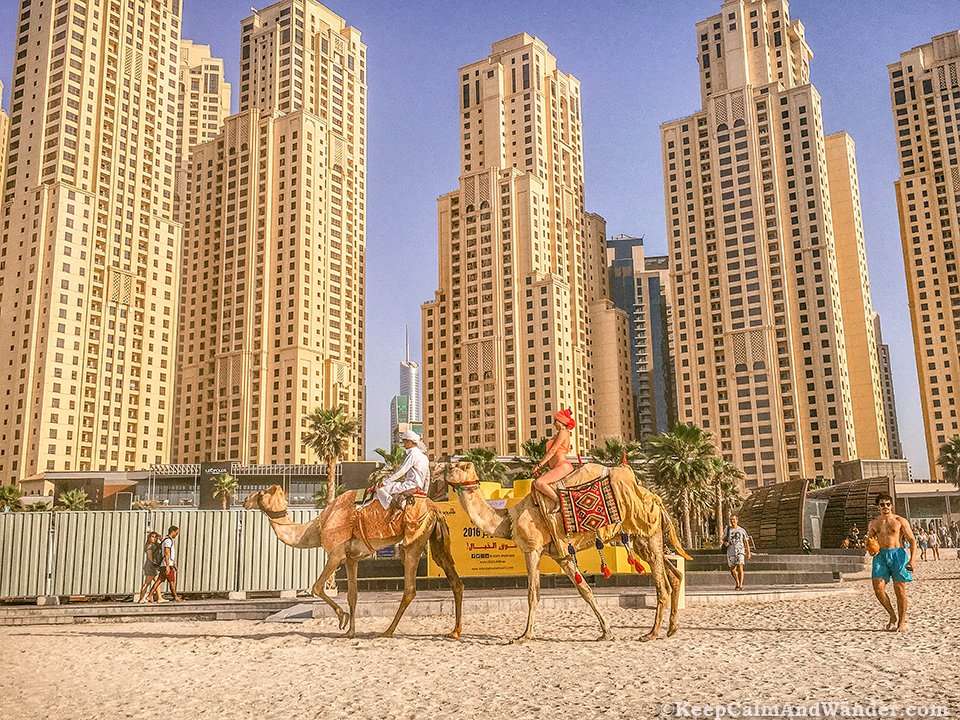 These Photos Show Dubai in a Nutshell