I haven’t been to many Buddhist temples but I can surely claim that Dambulla Cave Temple is The Sistine Chapel of the Buddhism world. And I’ve been to both. Everything inside this Buddhist temple – from its craggy floors to its painted walls and roof and life-size statues – is incredibly magnificent! It is also called as “The Golden Temple of Dambulla” or / and “The Rock Cave Temple.”

Buddhism and Hinduism. Sri Lanka is a predominantly Buddhist. Thus, visitors will find Buddhist temples on plains, mountains, and rock caves. In fact, in Dambulla area alone, more than 80 rock temples were discovered. Another interesting fact is that, some of the Buddhist temples in the country also include the deities of the Hindus. My mind was blown away at its combination but I think it’s a beautiful testament of two major world religions sharing a place of worship.

Dambulla Cave Temple is The Sistine Chapel of the Buddhism World

UNESCO World Heritage Site. The Dambulla Cave Temple is the most impressive Buddhist temple I’ve been to. It sits atop a mountain, 520 feet above the plains of Dambulla. The temple can be traced back to 1st century BCE.

Inside Dambulla Cave Temple. There are 153 Buddha statues, 4 statues of gods and goddesses and 3 statues of ancient  Kings of Sri Lanka. The colourful murals depict the life of Buddha and his first sermon at Sarnath, India. You will also find a spring that trickles down through the cracks of its roof.

Five Caves. The heritage site is comprised of 5 caves in varying sizes. For me, the largest one is the most impressive one.

Cave of the Divine King. The first cave is a bit small but it has a huge statue of a reclining Buddha carved out of rock. Don’t be discouraged by its tiny passage. Go and see the bottom of its feet.

Cave of the Great Kings. This is the largest temple of the five temples. And it’s the most impressive, too. There are 40 statues of seated Buddhas and 16 standing Buddhas. It also has a huge reclining Buddha and white-stoned dagobas.

The Climb to the Temple. I visited the temple nearing sunset. The views on the surrounding plains are fantastic! From here, you can also see the wondrous Sigiriya Rock!

Enjoy the rest of the photos inside the Dambulla Cave Temple.

WHERE TO STAY IN DAMBULLA

Though I didn’t stay in Dambulla, I noticed that there are a lot of accommodation along the road. You can check them out here. I stayed at Sigiriya which is just 20 minutes drive away. It’s a good place to spend the night away especially if your next destination is climbing the Sigiriya Rock and Pidurangula Rock. In Sigiriya, I stayed at Darshani Lodge which is less than 2 kms away from both famed rocks. 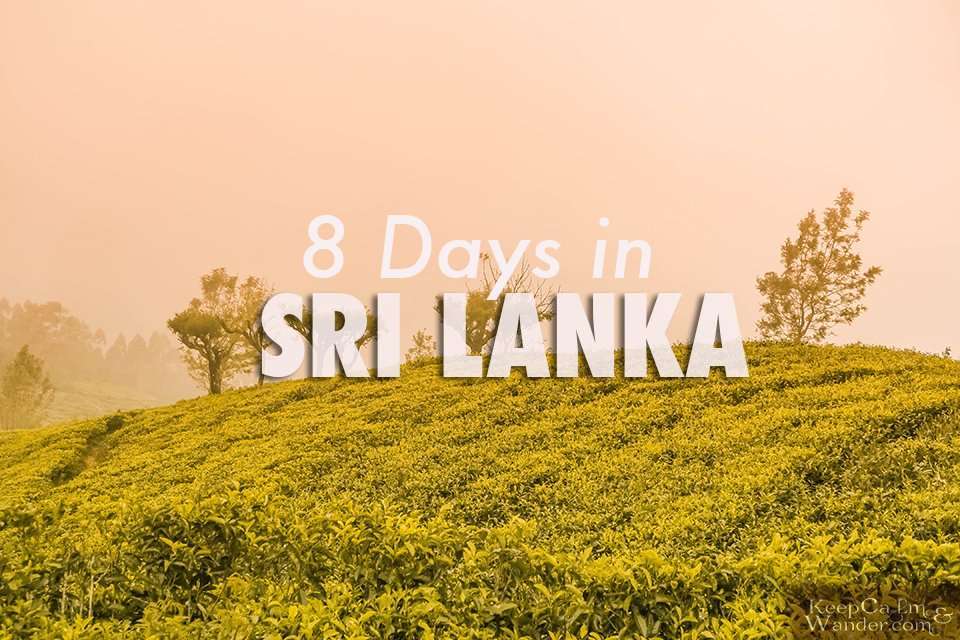 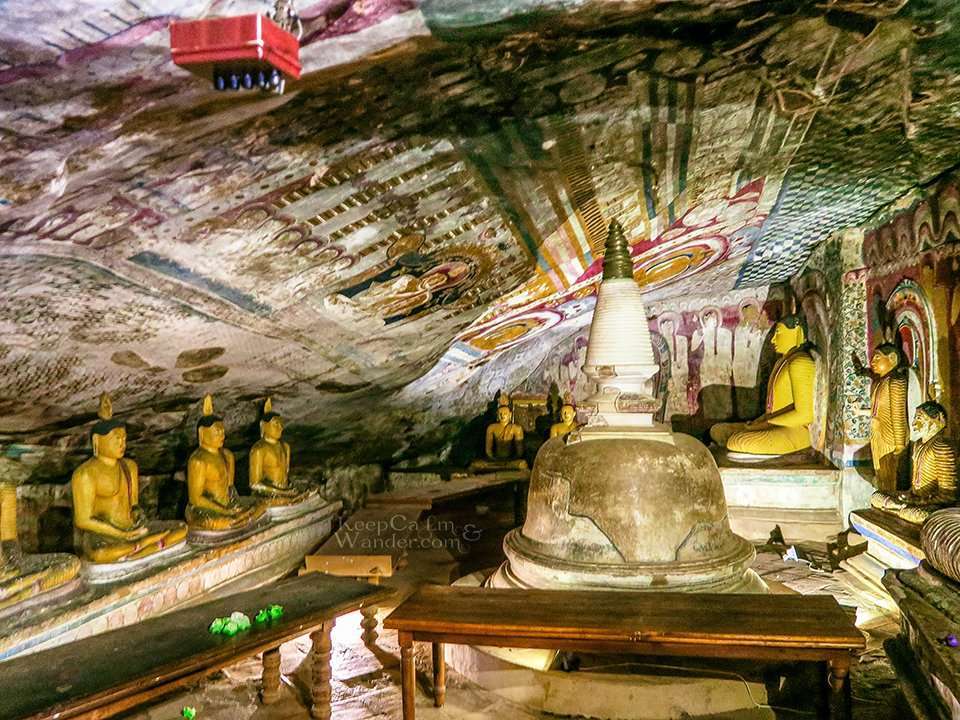 The Incredible Murals and Frescoes Inside the Dambulla Cave Temple