Corniglia is the Oldest Village in Cinque Terre Mentioned in Decameron 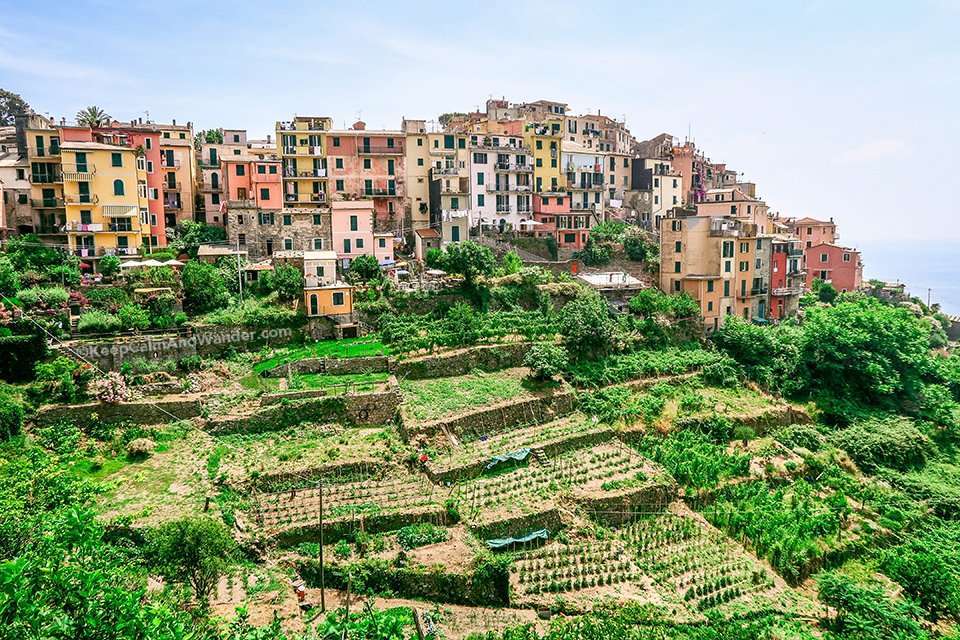 Corniglia is the Oldest Village in Cinque Terre Mentioned in Decameron (Italy).

Corniglia is the oldest village in Cinque Terre that’s mentioned in Giovanni Bocaccio’s “Decameron.” It’s an Italian classic prose that contains 100 stories told by ten young people (7 women and 3 men) who gathered around in a hidden villa to escape Black Death that plagued the neighbouring city.

How to get (go up) there

Of the five beautiful villages in Cinque Terre, Corniglia is the one in the middle. Most day tour visitors would skip it because from the train station, they have to climb around 380 steps to get into the heart of the village. Though those steps are wide and well-kept, it’s a bad idea if you have arthritis or other medical conditions. So, for those with physical challenges, it’s better to take the bus outside the train station. If yon’t know which way, ask the guard at the information centre just when you get off. That will cost you 3 euros.

Corniglia is a picturesque village that sits on a plateau. The photo above is what greeted me on my hike from Vernazza. The village far behind is the breathtaking Manarola.

It is the only Cinque village where there’s no direct access to the sea.

However, this tiny village is surrounded by vineyard in land terraces.

Yes, their wines here are well-known and dates back from 1300’s.

These wines are so famous that Boccaccio mentioned its fine white wine in his masterpiece, Decameron.

So, when you’re there, find a cafe / bar and order “Vernaccia di Corniglia.” And for once, don’t say it like you’re a tourist who just want to try it. Say it like you’ve been drinking the wine for ages and you’re so glad you finally imbibe it where it comes from. 😀

Since they don’t have ports, the people here heavily depend on agriculture and fishing. But despite its location on the high plateau, the village has its own beach, too. I never went there but I was told by a fellow backpacker that you can go down using the old tunnel that hasn’t been used for a long time. He said you’ll find the path to the tunnel as you tackle the steps or “lardarina.” And oh, just in case, you wanna go there, don’t just bring a towel or swimming suit, but also a flash light. He said that the 1-km tunnel is dark and can be scary! The beach is clothing optional, too! 😉

Where to stay in Cinque Terre

It is expensive to stay in any of the five villages in Cinque Terre. And there are also very few choices. It’s hard to find an affordable accommodation within your backpacking budget. So, I decided to stay at La Spezia, the nearest town where the five villages are under its care. Also, La Spezia’s Train Station is well-connected to many parts of Italy.  I stayed at the Grand Hostel Manin which I booked via Booking.com. You can also find other accommodations from HostelWorld.