If there’s one thing that I regret visiting Lyon (in the central east part of France), that would be – I only stayed for two nights. A city with so much to offer, why did I think of staying there in such a short time? I don’t know the answer to that – but I do know that I might be back. 😀

Where to see Lyon Panorama / Skyline? Right next to Basilica of Notre-Dame de Fourvière is a viewpoint where you can sit to admire the city’s panorama. Take all the time you want and don’t worry about the summer heat. The area is shaded with lush green trees and is conducive for sleeping, too! 😀

So, what’s Lyon known for? Here are some interesting facts about Lyon.

Culinary Capital. Lyon is France’s culinary capital. Forget Paris. The locals in Lyon think they’ve got better cuisine. Don’t ask me if it’s true. I’m not a good judge for that. I eat what it looks good. 😀 And I was told, too, that many of the best chef in France are from Lyon.

History. Do you know that Lyon was founded by Rome? Under Roman rule, Lyon was a more important city than its capital, Paris.

UNESCO World Heritage Sites. They have an ancient Roman amphitheater which still host music festival up to this day. Ancient structures are found at the Roman District of  Fourvière. Old Town Lyon is teeming with architectural gems that date back to the Middle Ages.

Festival. Lyon is known for its Festival of Lights or Fete des Lumières. Yes, Paris is the City of Lights but Lyon is the Capital of Lights. See the difference? 😉

Invention of Cinematography. Two French brothers who hailed from Lyon gifted the world the magic of cinematography. Without Louis and Auguste Lumière, we would still have been living in the Dark Ages. 😀

Notre Dame. I’ve been to Notre Dame Cathedral in Paris and Basilica of Notre-Dame de Fourvière in Lyon – and I’d say that the latter is more stunning than the former. However, the one in Paris is more popular, owing to Victor Hugo’s novel, “The Hunchback of Notre Dame.”

Away Hostel and Coffee Shop is a perfect place to stay in Lyon. It few minutes walk to the centre of the city and accessible to cafes and restaurants around. The hostel is fabulous and the staff members are super nice. The rooms are spacious and the beds are very comfortable, too. For medium-price hotel, try Hotel Saint Vincent. 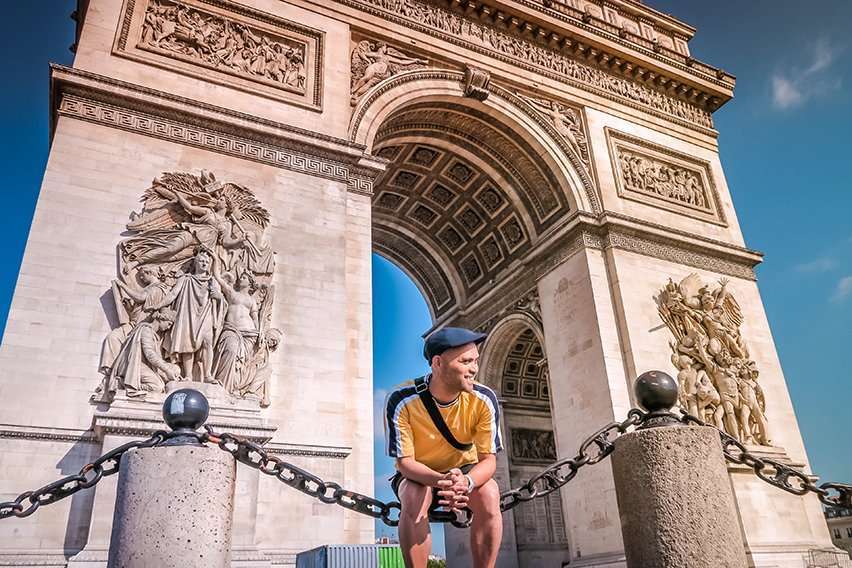