A couple of days ago, I acted as a tourist guide to a gay couple who contacted me via this blog. They asked me for recommendations on what to do and see while they’re here in Beijing for a week. I sent them a list of recommendations and even directions on tourist spots that are not accesible to subways.

After a couple of email exchanges, they both agree to hire me instead as their tour guide for two days (weekends) for fear that they might get lost considering that they don’t speak the language. I told them that I don’t speak enough Mandarin, too, but they just ignored it. LOL…

They listed some of the tourists spots they wanted me to bring them there–and one of them is Ming Tombs. Apparently, one partner is an archaeologist and a history buff that he really wanted to see this quiet cemetery which is in the very outskirts of Beijing. The first and last time I was here was in 2003 with a group tour. I told them of such tour but they said it would be better if we would just hire a cab to bring us there.

So, I have to use my power and influence on my Chinese friends to help me find a rental car + driver who would take us there. Luckily, the first friend I called knew someone–their neighbor. Though we are foreigners, the driver can’t charge us exhorbitant price because my friend was the one who did the talking and negotiating. In exchange, I promised to treat him to dinner this week. 🙂

So, here are the photos: 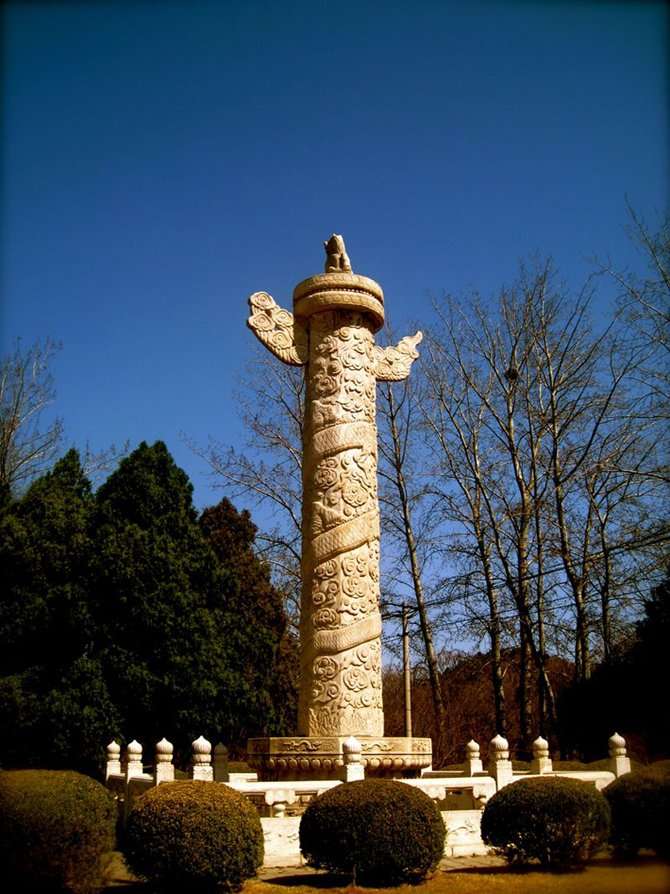 Ming Tombs is better known as a resting place of 13 Chinese emperors. In 1409, when Chinese first emperor, Zhu Di, built his lavish mausoleum here, the next succeeding 12 emperors decided to be buried here. That’s until 230 years later. 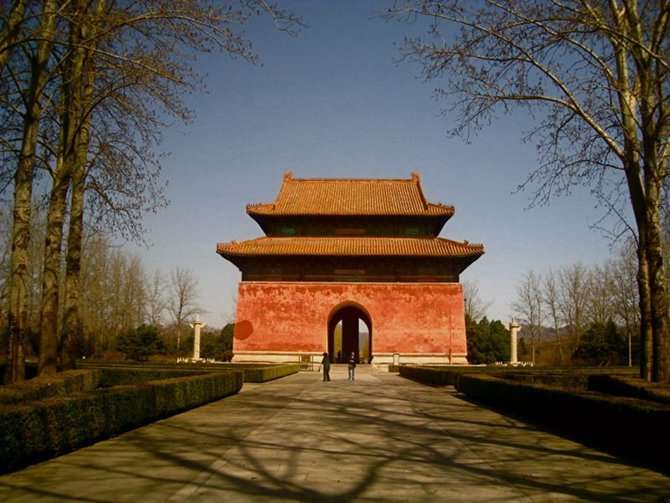 Ming Tombs is a 55-kilometer ride outside Beijing. When visiting, you can also check out the Sematai Great Wall which is an hour ride from here. 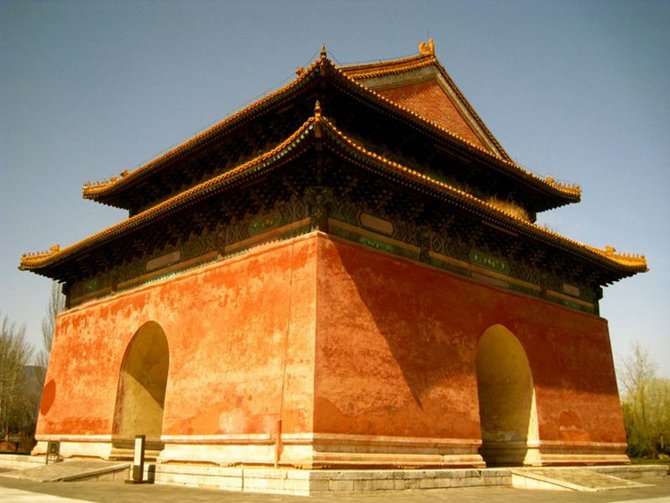 Inside this red building a 50-ton turtle statue carrying a stone tablet. 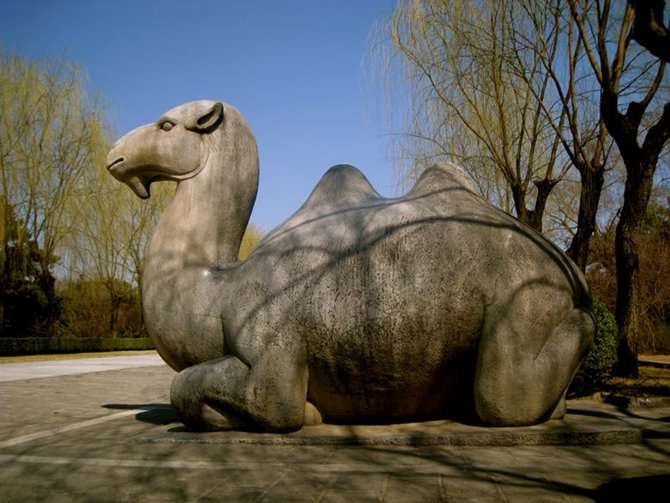 While walking on the Sacred Way or the Divine Road, visitors will be enthralled at the gigantic human and animal figures. These animals are considered to be “divine animals” that are ready to serve the emperors. These 24 animals are the lion, camel, unicorn, elephant, phoenix, etc…

The Sacred Way. This is also known as the Divine Road. In ancient China, emperors are “Sons of Heaven” so it is but fitting that when they die, they walk on this way to reach heaven. 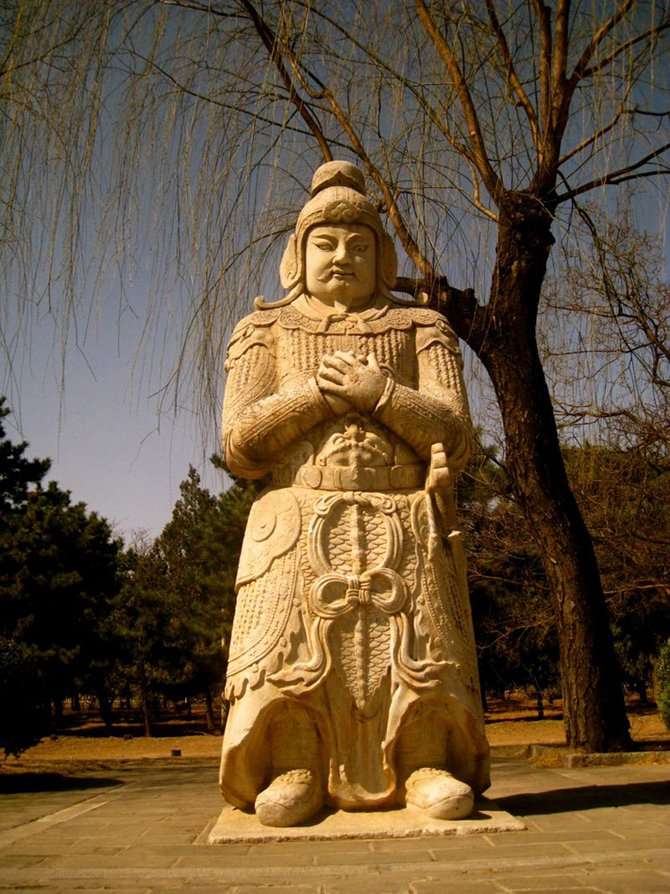 Along the Sacred Way, too, are enormous human sculptures who occupied social status in ancient Chinese government: a general, a civil servant and others. They are expected to help and do their duties to the emperor even in another world. 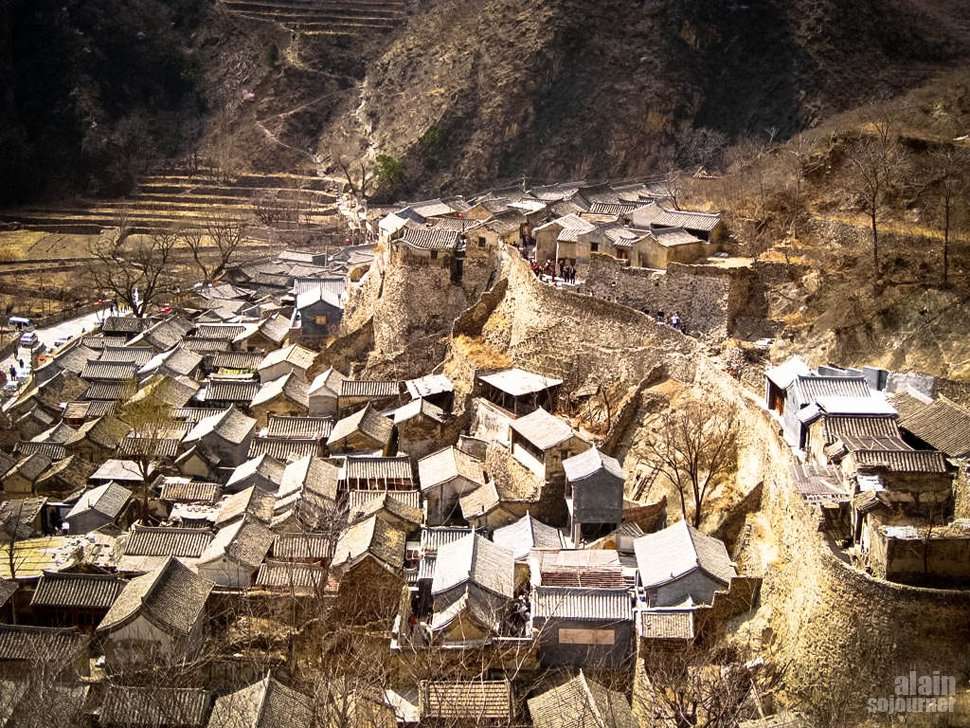 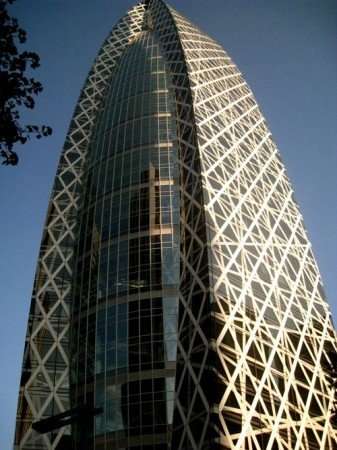