My first trip abroad was in late 2002. My first destination was Beijing, China. Back then, Beijing was a bit of a chaos. It was The China in my mind: Chinese courtyard houses were still
everywhere, waiting to be discovered; the morning rush hours meant people go to work in their bicycles; food stalls were littering every corner; and most streets didn’t have English signage or were not written in pinyin. However, every tourist enjoyed the Chinglish (Chinese-English) that were seen on billboards, restaurant menus, directions and even in food products

I traveled and slept in 56 cities, villages and towns in China. Traveling in the East was a character-building experience for someone with no language skills. I always had my Lonely Planet Chinese Phrasebook, a gift from a British friend, with me The most disgusting Ch

inese habit that made my blood boiling was spitting in almost everywhere. I saw them spitting on a carpeted floor in a 5-star hotel in Shanghai, in trains, in bus stops, in restaurants, in streets and even in a crowded areas, subways, etc. And yes, a sputum even landed on my jacket sleeve while walking in a stre
et in Nanchang one winter day. Someone living in one of the apartments above us was damn idiot and lazy that he chose to gob his poison outside the window and it perfectly landed on me. That was freaking gross that I swiftly removed my jacket and threw it somewhere. My two students who came with me were so shocked and apologized in behalf of their country. They were red-faced and shame was all over them. They insisted to pay for the new jacket I bought but I didn’t let them. I lost appetite for two days!

In April 2010, I left with sadness in my eyes and heart but with hope and excitement for the next destination: Canada.

In the meantime, enjoy some of the best travel photos I took while living in a country where Mao is heralded as a hero and where political activism is a crime. 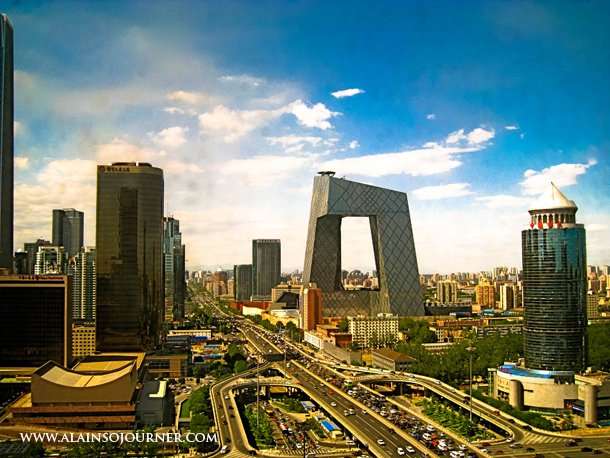 Goumao is Beijing’s Central Business District (CBD). I took this photo from the 21st floor of Jianwai Soho. The sky was amazingly blue on that day. The China World Trade Center Tower (left) dominated the CBD skyline for many years until the construction of other skyscrapers around the area. The building on the center rising on two tilting towers and meet midair is the new CCTV Tower designed by Rem Koolhaas. The locals call it “the pants.” Can you see why? 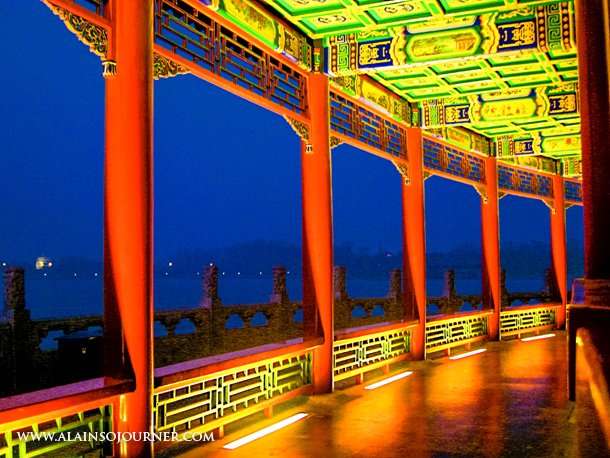 It was believed that when one walks on the Long Corridor, he’ll live a life longer than most. Visit it at night to see the lovely combination of colors while admiring the serenity of Beihai lake. The longest corridor is found in the Summer Palace. 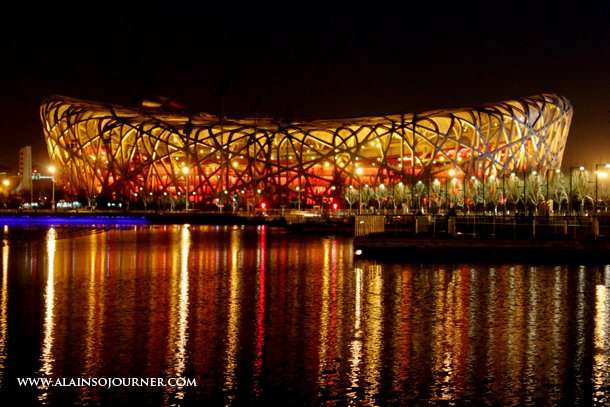 Built for the 2010 Summer Olympics, The National Stadium cost the country $423M. While one can see the nest-y appearance, Chinese artist-activist, Ai Weiwei described it as a toilet-like piece of architecture. There’s a “hole” in the middle of it (the retractable roof), so, you can figure out why it looks like it. LOL… 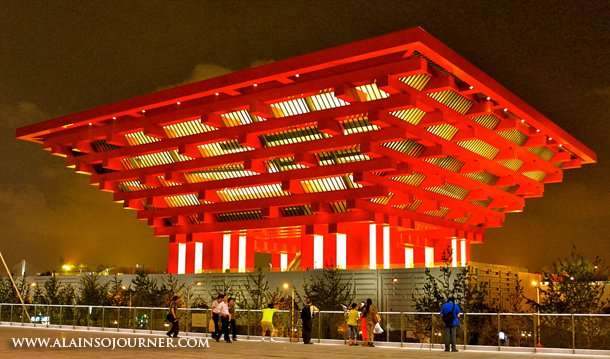 There’s no doubt that the China Pavilion was the most-visited pavillion during the 2010 Shanghai World Expo. The queue was unimaginable under the scorching heat of the sun. It was a survival of the fittest. 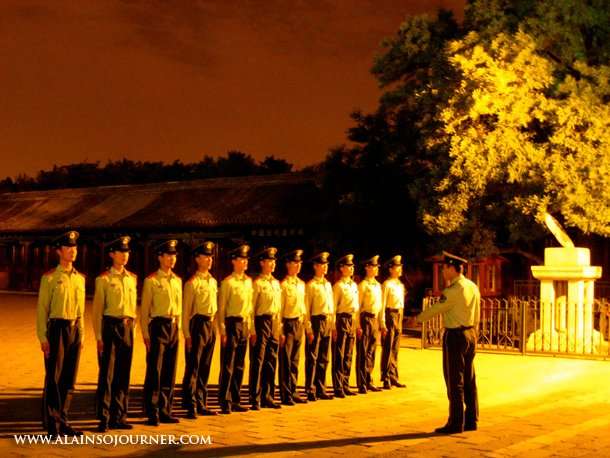 These Chinese soldiers listened intently to their dear leader before they were dispatched for their respective duties inside the Forbidden City. 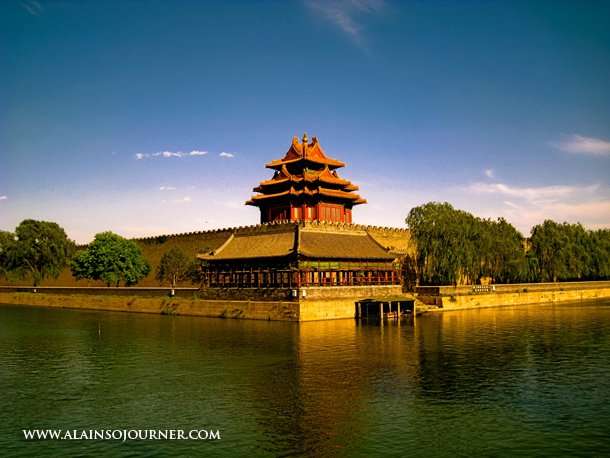 The Forbidden City is a landmark in Beijing that every tourist should visit if he wants to know China as a whole. The first time I visited here in 2002, there was a Starbucks cafe inside but was later removed because a CCTV news anchor led a petition to scrap the business out of the national, UNESCO cultural heritage site

Opposite of the north entrance of the Forbidden City is the Jingshan Hill / Park where one can see the sweeping view of the forbidden city bathed in an afternoon sunlight. 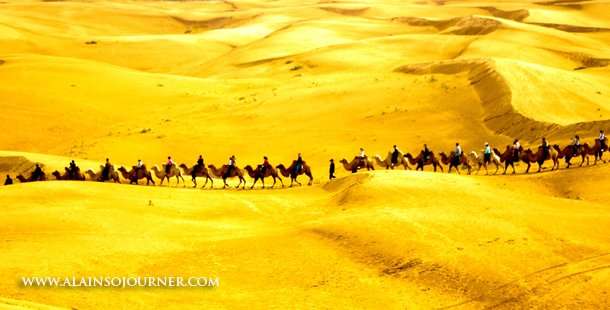 The Gobi Desert was the first desert I’ve seen. Though stunning and breathtaking, the desert can be a dangerous place to explore.

If my students’ translation have to be believed, they said that this an altar used by the grassland residents to worhsip and give offerings to their dieties.

The girl in the middle was the one who invited me to visit her hometown, Baotou. From there, her father, who was a well-known local politician (kind of a vice mayor), arranged everything for us—to impress me. And boy, was I impressed. For the whole trip, I NEVER spent a cent. All expenses paid. And I brought home gifts too. 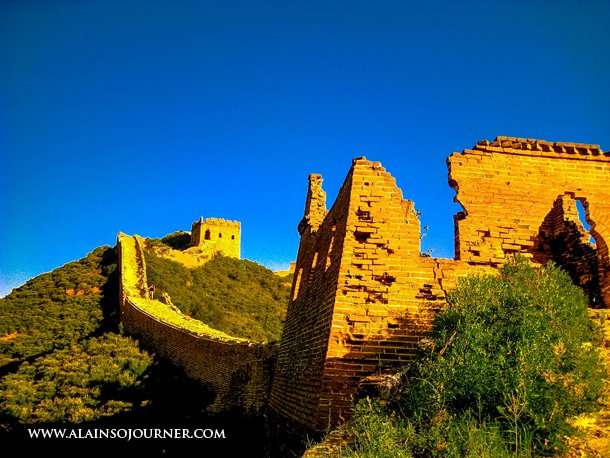 The Great Wall is synonymous to China. Once you are in Beijing, it is a must that you go, hike, and conquer this grand structure that rumoured to be the only structure that can be seen in space. Such rumour…. 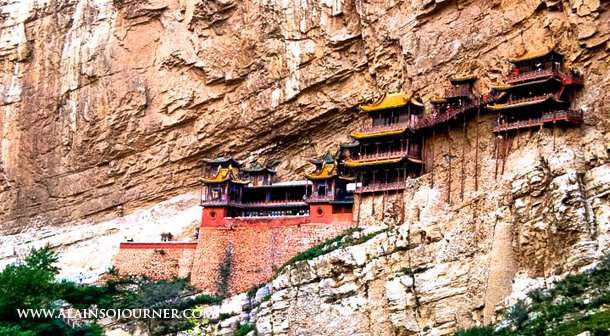 The Hanging Monastery in Datong is an architectural marvel. The tiny monastery was built right on the side of a rocky mountain to avoid flood. The stilts you see below the structures are not the ones that support the monasteries. They’re just purely for decoration purposes.

Pingyao is an ancient Chinese city within the wall. Here, you’ll find the first Bank of China and almost all houses here retained its Chinese architectural designs and charms. No cars are allowed inside, only bicycles. Visit the Wang Compound, where Raise The Red Lantern, a film directed by Zhang Yimou, was filmed and ultimately got the nomination nod for Best Foreign Film at the Oscars in 1991. 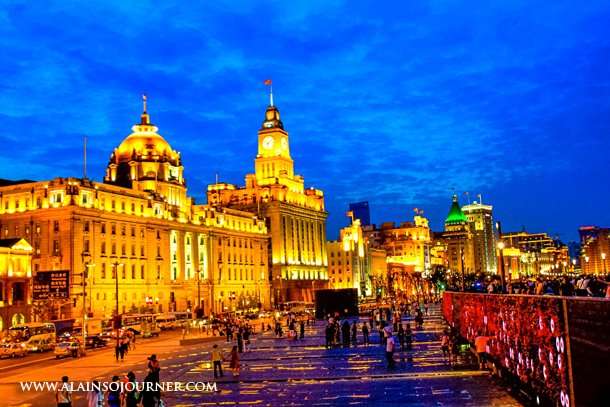 The Bund in Shanghai is known for its British architecture in China’s business / economic capital. A stroll in this area is a must for every tourists, but, beware of scams that abound here. Like, for example, someone is going to strike a conversation with you and tell you some things on what to do and where to go in Shanghai. After 5-10 minutes, he’ll be asking you money for his “service.” Ugh. Hookers and pimps are ubiquitous here. 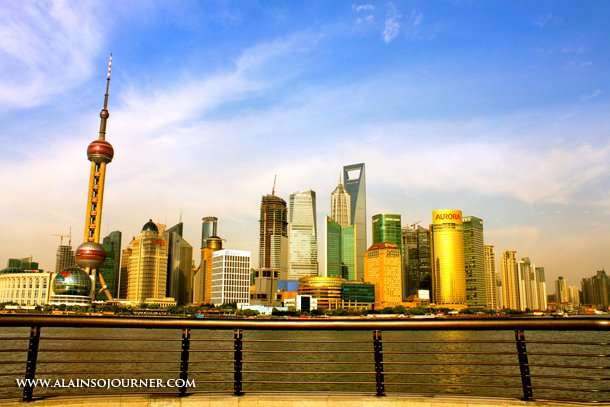 Standing from the Bund, you’ll see the panoramic view of Shanghai Business District in Pudong Island. This part of the city is very photogenic. 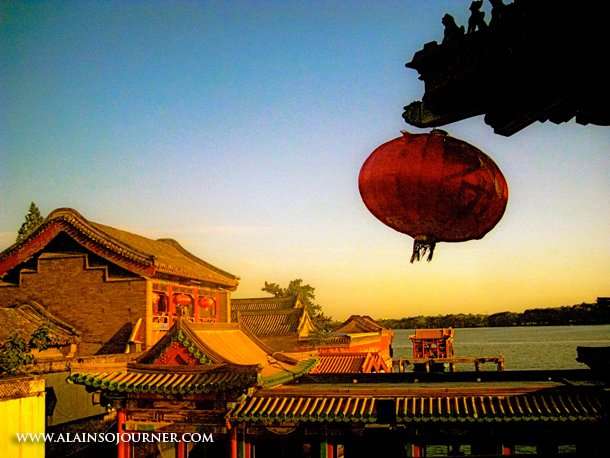 In the afternoon, when the sun sets, everything seems to turn gold at Summer Palace that used to be the Emperors’ choice of residence in summer months. 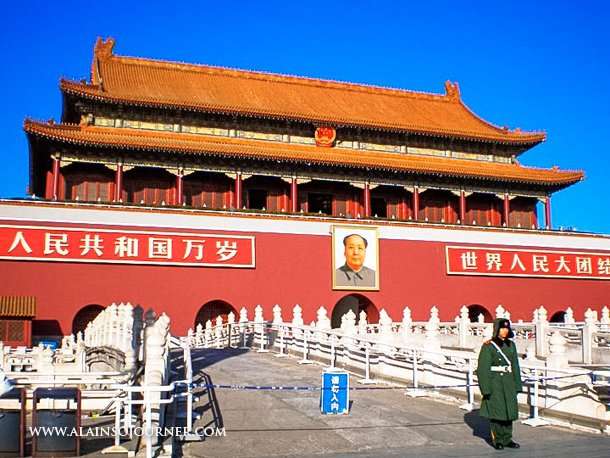 Any photo like this is as iconic as the Great Wall of China. A huge portrait of the departed dear leader, Mao, hangs 365 days a year. A young man in uniform dutifully guards it. Mao is directly gazing at the Tiananmen Square which is opposite this entrance to the Forbidden City.

This giant Buddha survives through the years despite weather, soil erosion and landslide threats. 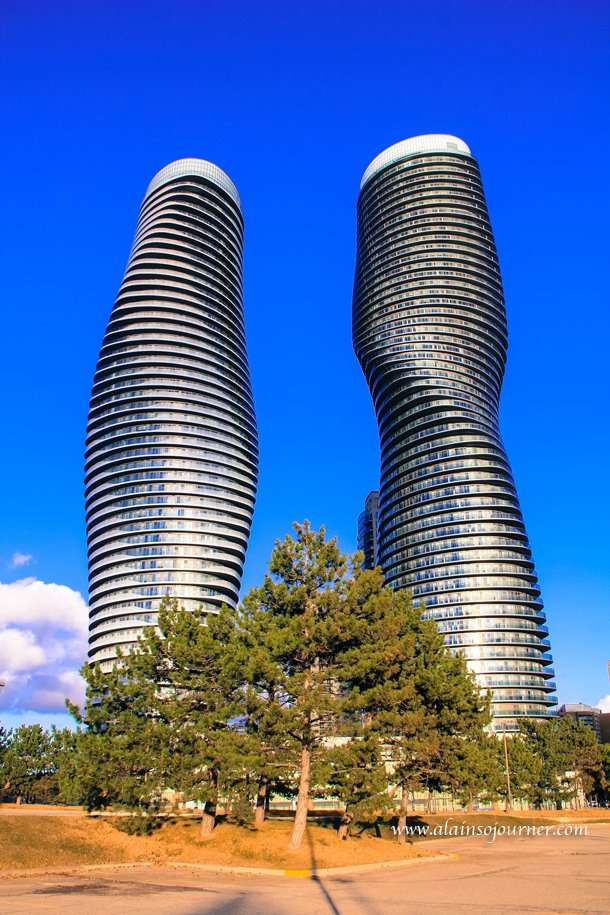 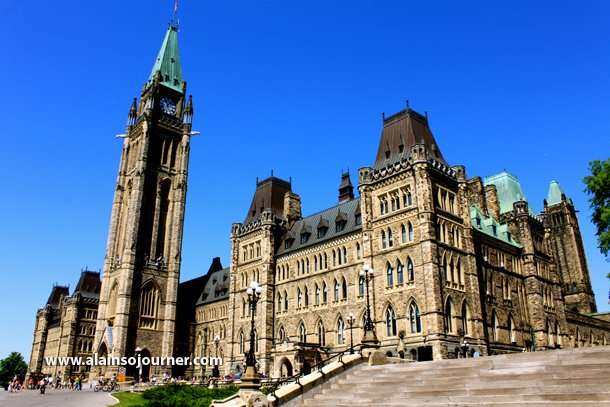