What do Angelina Jolie, Jennifer Aniston, Channing Tattum, Heath Ledger, and Charlie Chaplin have in common?

They all have movies shot in one location: Chicago.

Chicago is a film paradise. As a city of neighborhoods, it is a film director’s haven to create his tour de force either worthy of Oscar’s or of box office hit. It is a film buff’s dream to devour every bits and trivia about the movies being shot here. With hundreds of them, you can’t leave Chicago as a mecca of Hollywood films.

Chicago Film Tour brings you a unique and entertaining niche. They bring the best and worst of Hollywood films made in the Windy City. Passengers will be treated to a comfortable seat in a bus complete with audio-visual clips of the movies played before we passed or stopped by in the specific place where the movie was shot. Literally, the location came alive while passing the film location.

The best part of this film tour is the historical aspect of it. From behind the scenes to the history of the location itself, — our tour guide narrated them like he breathes and smells movies. He sprinkled it with his past interviews and anecdotes with the film stars. He didn’t just point it here and there but he also rambled on unknown anecdotes about the movie, related it to the location, and shared his own opinions. He’s a film critic who considered his first encounter with Roger Ebert as one of the most memorable experiences in his career. It was evident that he really loves the city of Chicago.

The tour aptly started by showing a clip of Vince Vaugh (acting as Chicago Tour guide from the film, The Break-Up) giving an overview of what’s about to come and expect in the city tour he’s maneuvering. The video clip changed to a scene from the movie, Road To Perdition, as we inched closer to La Salle Street Bridge.

From the familiar streets of the city where the cinematic battlefield of Transformers was done at the Marina City and Towers that served as a backdrop in The Dark Knight to Lakeshore Drive where the young Tom Cruise attempted to stop his Porsche from drowning but ultimately fell onto Lake Michigan in Risky Business, to Essanay Studio where Charlie Chaplain made his silent films from 1914-1916, Chicago is, no doubt, film directors and film lovers’ delight.

Aboard the Chicago Film Tour bus is worth every penny you’re gonna pay for it. For 30 miles, you’re covering around 80 films and around 40 locations. Not to mention passing the original Playboy Mansion where Hugh Heffner made his fortune in his pajamas.

And by the way, the award-winning musical, CHICAGO, wasn’t shot in Chicago Theater—sad to say. It was shot here in our very own Danforth Music Hall in Toronto. 😉

If you have seen a film where it showed the interior of a castle, it was probably made here. In HOME ALONE 2, there’s a Christmas scene where the Grand Staircase was decorated with hundreds of Christmas lights and decors—that scene happened in Uptown Theater’s Lobby.

Green Mile Lounge was in the films, THE DILEMMA (2011) and PRELUDE TO KISS (1992). There’s a scene there where a bomb exploded just outside this lounge. And hey, did I mention that this lounge also used to be AL CAPONE’s hangout?

Click here for more THINGS TO DO IN CHICAGO 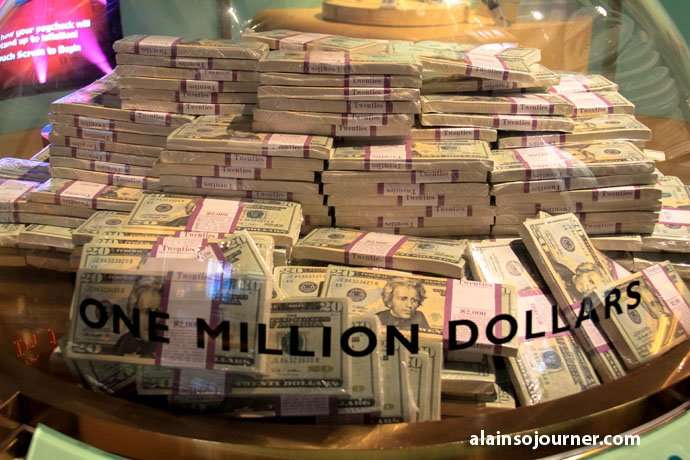 Money Museum – This Is What One Million Dollars Looks Like