Yes, this Cave Church in Cairo can sit 20,000 people! And the garbage collectors built it! In Cairo, the Zabbaleen people are known as the “garbage collectors”. Almost all of them are Coptic Christians. They settle down at the foot of the Mokattam Mountains where the overpowering smell of garbage is too gross to handle. Unfortunately, to reach the Cave Church, you’ll have to pass through the smelly, narrow alleys of the “Garbage City.”

Getting lost on our way to the Cave Church

I hired an Uber driver to take me there. Google map directions were so wrong! The direction led us up to the golf course on top of the mountains. The security guards were quick to point out that we were lost and that we had to go back. They gave instructions to the driver who was nervous about not getting it right. Or, perhaps, nervous about me giving him a bad review. We went down the zigzag road again and asked directions from a few kind souls.

Our car snaked through the narrow alleys of the “Garbage City.” I told the driver to fully close all the windows. The rancid smell was too unbearable to inhale. Hundred of fat flies swarmed and pelted the car windows. It looked like there was a plague! Outside, it was a normal day as usual. Children were playing and the foul stench didn’t matter to them.

Related: Jesus was a Refugee in Egypt and This is the Cave Where He Stayed

When we reached the Cave Church, the parking lot looks like this. Jesus welcomes you with open arms. 😉

There are carved statues on the mountainside depicting scenes and quotes from the Bible.

And this is the entrance to the Cave Church. A caretaker met me here, introducing himself as a guide. He said I could give him any amount for the church. In the end, I gave him EGP150 for an hour of service.

This amphitheater can hold 20,000 worshippers at once.

The natural stone walls have carved scenes from the life of Jesus Christ.

Can you identify this Biblical scene?

Bible verses are everywhere on the stone walls, too.

The main pulpit is deep down into the cave.

It’s a long walk from the top to the bottom.

Here, you find a painting of St. Simon the Tanner known for the miracle of moving the Mokattam Mountain.

Next to the painting is this box that contains the bone of Saint Simon.

If you look at the cave’s roof, you’ll find a cross and a painting of the Virgin Mary.

And if you look back, this is what you’ll see.

Nowadays, this Cave Church in Cairo still holds a mass once a week.

If you’re standing on top of the amphitheater, you’ll see part of Cairo’s skyline.

How to get to the Cave Church in Cairo

You better take an Uber driver than a regular taxi. Type Church of St. Simon the Tanner, not Cave Church. Make sure, the area is within the Mokattam Mountains. The whole trip, including getting lost and an hour & a half wait, cost me only $18!

Egypt is cheap. So I treated myself by staying in a hotel. Cairo Capital Plaza is not a five-star hotel, but they’re well-liked by travelers as they’re in downtown Cairo and the staff members are nice. They have free wifi and breakfast was ok good for me. It’s also accessible to the subway/metro station. The hotel also offers a shuttle service to and from the airport which makes it easy for your arrival and departure. You can book it via Booking and Expedia. If you’re looking for a nice hostel, The Australian Hostel is highly recommended by a friend who had stayed there. You can book it via Booking or HostelWorld. 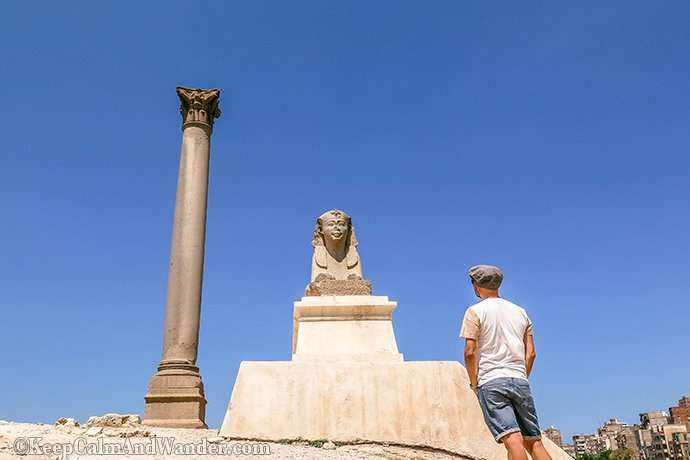 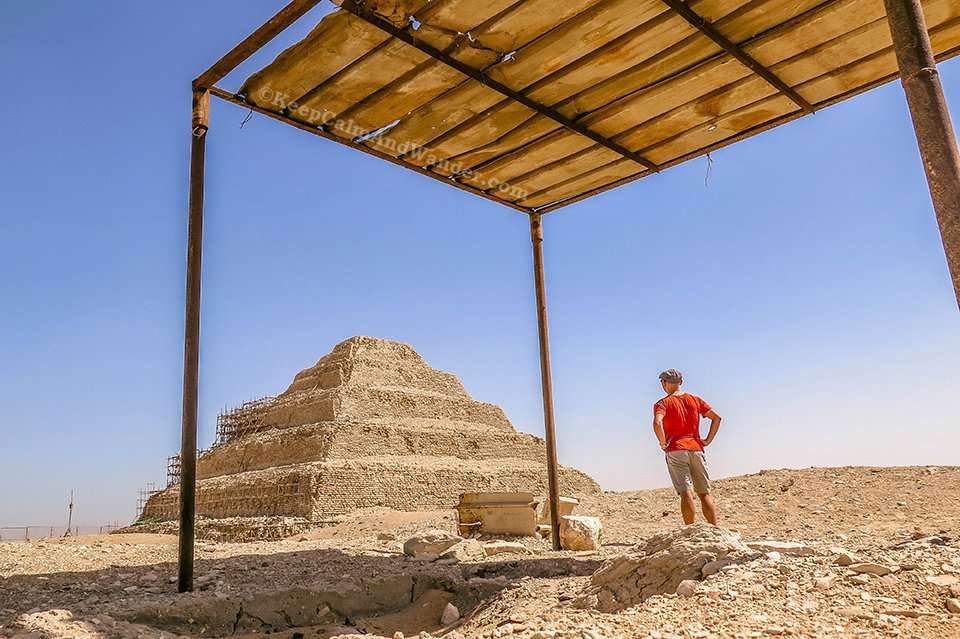 Saqqara Pyramids in the City of the Dead