Visiting the birthplace/ casa of San Martin de Porres in Peru was never on my itinerary. I knew about it while searching for things to do in the historic district of Lima. I was born in a small barrio in the Philippines, and our Patron Saint is – San Martin! And guess what? The village was, of course, named after him. As someone who grew up in the Catholic world’s dogma, I was curious to visit the Saint’s casa. I couldn’t imagine that I’d be able to be in the house where my birthplace was named after!

San Martín de Porres was a Peruvian lay brother of the Dominican Order, honored as a saint by the Catholic Church. He was born in Lima, Peru, in 1579 to a Spanish nobleman and a freed slave of African descent.

Despite facing discrimination due to his mixed-race heritage, San Martín de Porres dedicated his life to serving the poor and sick. He is famous for his charitable work and miraculous healing.

Saint Martin, for short, is a patron saint of housekeepers and innkeepers – that explains why he’s holding a broom in many of his photos and statues.

The house where San Martín de Porres was born and spent much of his life is located in the historical center of Lima, near the Plaza Mayor. The house, converted into a museum, is a simple yet charming colonial-style building with white walls and a red tile roof.

Inside the house, visitors can see several exhibits showcasing the life and work of San Martín de Porres. There are displays of religious artifacts and documents, as well as replicas of the humble cell where he lived and the infirmary where he cared for the sick. The museum also features a chapel where visitors can pray and pay their respects to the saint.

In addition to its historical and religious significance, the house of San Martín de Porres is also an important cultural and architectural landmark in Lima. Its simple design and use of traditional materials reflect the city’s rich colonial heritage, and it serves as a reminder of the enduring influence of San Martín de Porres and his selfless dedication to helping others.

Where to Stay in Lima

I’d say that staying in Miraflores is your best bet. It’s modern, and everything you need is close by. Even the locals would recommend staying in the area because it’s safe. I stayed at Pariwana Hostel Lima in Miraflores. If you can afford it, book your stay at Innside Lima Miraflores. 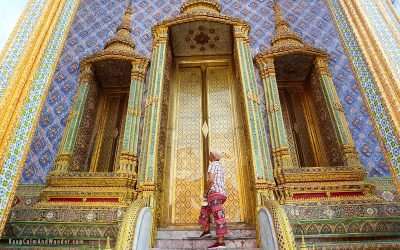 5 Beautiful Temples to Visit in Bangkok 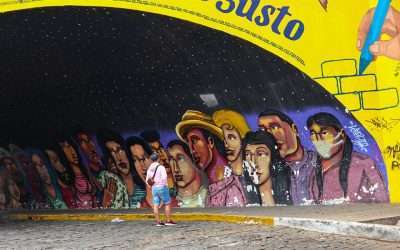 Barranco in Lima – A Bohemian Neighborhood