Yes, that’s true. I wasn’t allowed to bring my rainbow wig inside the Taj Mahal. People with backpacks were sent to the scanner line to have their things scanned. Unfortunately, my rainbow wig was detected and the girl in-charged asked what it was for. I told her “it’s a harmless wig that I carry when I travel.” The girl was suspicious so she called the police guard on duty and without even looking at it, he told me that it’s not allowed. He attempted to confiscate it and I said, “No, I’m going back outside and leave this there.”

The Taj Mahal ticketing booth is almost a kilometre from the gate. They have a luggage box there but going back seems like walking from Agra to Delhi. A vendor from one of the souvenir shops outside came to my rescue – he could keep my wig in his shop and take it back after I’m done – with no charge at all. However, he asked me to have a look at what he’s selling later.

So, I queued up and did the security check again. The lady smiled at the familiarity of my face but I gave her my pissed off face.

How can she have issues with my harmless wig? Why didn’t she confiscate my white board marker? I could have used the marker in vandalizing the Great Monument of Love. I could have scrawled something on the walls like, “—- was here.”

Of course, I didn’t do it because I have common sense – and I’m totally against vandalism. And also because I was with an Indian couchsurfer, so no time to do it. LOL…

My harmless wig had been to countless airport scanners (in my carry-on bag) and it was never considered a threat or a weapon of destruction. So, where did I go to wear my wig? I went to Mehtab Bagh, right across the Yamuna River, at the back of Taj Mahal.

Yes, I know that homosexuality in India is STILL considered a crime. Wake up, India! It’s already 2017! But seriously, wearing a wig (rainbow, blue, red, green) is a crime or a threat to security?

When a fellow couchsurfer and I entered this park (below), two guards in civilian clothes came running to us and scolded him in Hindi. They said that foreigners aren’t allowed to enter the premises. My friend argued that there’s no such thing in a public park and if foreigners aren’t allowed, they should have put a notice at the gate. There was a shouting match for a full three minutes and the guys playing cricket nearby were all eyes at us. My friend won. He said that he had to play the caste card to shut them off.

Basketball is to the USA; Cricket is to India.

I was planning to take a photo of the Taj Mahal with its reflection on the river but there wasn’t enough water. Also, tourists aren’t anymore allowed to go down to the river. There are uniformed men everywhere and there’s a barb-wired fence.

Hostel in Agra With Views of Taj Mahal 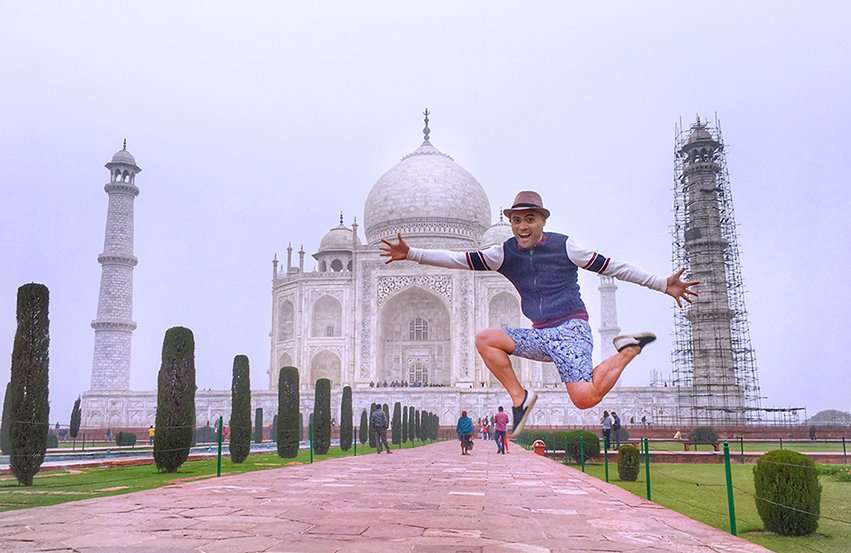 Taj Mahal – The Monument of Love 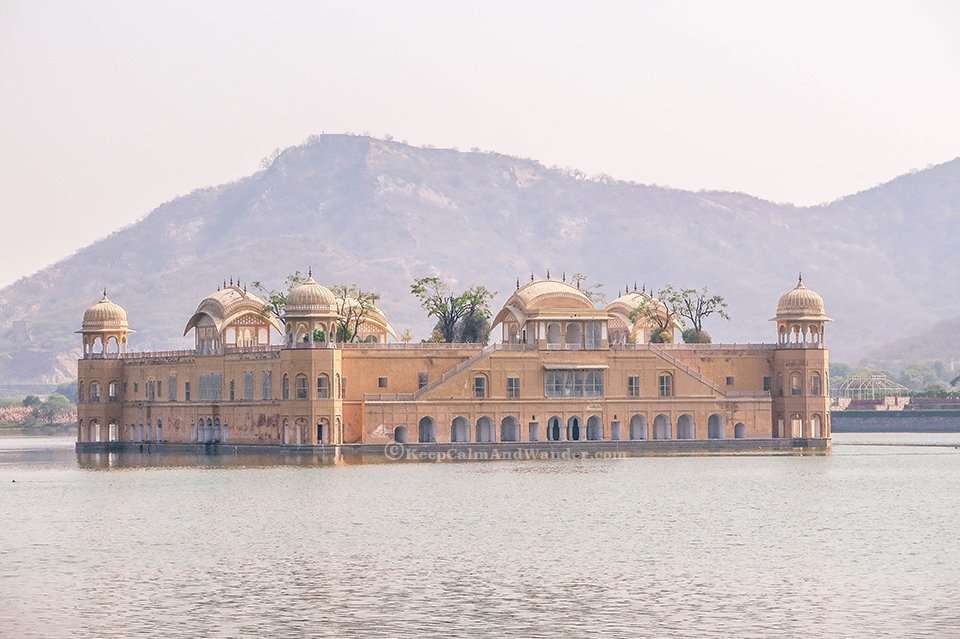 Jal Mahal is a Dream-like Water Palace in Jaipur