The bridge of Sighs in Venice is the only bridge in the world that connects a palace and a prison. Perhaps, it’s the most famous bridge in Venice. I bet that every visitor in Venice has a selfie with this bridge – even if he doesn’t really know its history. The Bridge of Sighs is not as long as the Golden Bridge in San Francisco or as magnificent as the Tower Bridge in London. It’s a small bridge not open for public use but for criminals. Yes, for criminals! You have to be a criminal to pass through this bridge! Unless, of course, if you’re a member of the court or a police officer – but that was a long time ago. Today, the bridge can only be accessed through limited tours from accredited travel agencies. Did I do it? No. Why? It surely was expensive.

The Bridge of Sighs in Venice

Why the bridge was built. There was only one reason: when criminals were found guilty, they were transported from the court in Doge’s Palace to the prison on the other side of the canal. So, to make it convenient for everyone, the bridge was commissioned to be built. In Italian, it’s called, “Ponte dei Sosperi.”

Why it is called the “Bridge of Sighs”?

They said that before prisoners were taken to their cells, most of them would stop by and look out the window. They’d sigh at the beautiful view of Venice – their last glimpse of the city they love.

Where is it? If you are facing the San Marco Basilica, the Doge’s Palace is on your right. Walk around it to the back and you’ll see an elevated, arched bridge. Stop in the middle of that bridge and turn sideways on your left. The Bridge of Sighs is right in front of you.

Famous Prisoner. Casanova, that renowned Italian lover, is believed to be the most famous prisoner who walked here. And guess what? He escaped from here (with the help of a monk) because he didn’t like his cell! 😀

It’s been said that if lovers kiss under the Bridge of Sighs, they’re meant to be forever. But, take note that this is only possible if you’re taking a gondola. So, if you’re planning to have that kiss under this bridge, rent a gondola that would go under the bridge. Not all gondola tours would pass through this bridge. Let your boat rower know that you want him to be your photographer so he can row slowly. 😀

A Little Romance. This movie (with Diane Lane) mentions the legend about lovers kissing under the famous bridge.

Architecture. The bridge is a built-in baroque style and it’s made of white limestone. It has two tiny windows with lattice works on each side. It is suspended above a canal where gondolas pass through.

Best time to see it in a gondola. Do it at sunset because, as everybody says, it’s romantic. But the bad thing about it is that most lovers do it at this time of the day. So, the romantic vibe could be lost when the canal is full of gondolas.

How much is the gondola ride? We paid 80 euros for 30 minutes ride. It’s a standard fee all over the city and you can’t haggle. 🙁

How to Save Money and Time in Venice 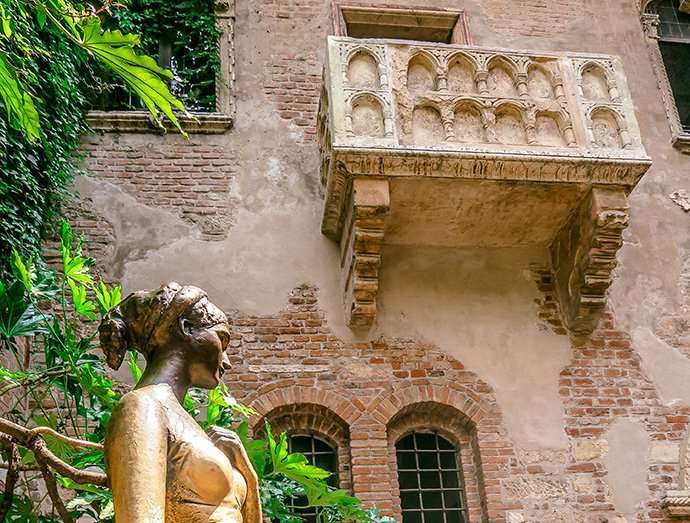