Tired of exploring the big Italian cities including Rome, Bologna, Florence, and Venice? Take a day tour of Ravenna and enjoy magnificence at its best. Located on the eastern coast of Italy, the city once served as the seat of King Theodoric the Great during the 6th century and the seat of a Byzantine Governor. Indeed, Ravenna is a destination like no other in Italy.

Historically, Ravenna played a significant role as the capital of both the Western Roman Empire and the Kingdom of the Ostrogoths. This A-list town is awash with an eclectic mix of ancient traditions and modern beauty. Explore some of the world’s finest mosaic, historical buildings, wonderful attractions, exotic eating places and stunning landmarks including the Tomb of Theodoric, a UNESCO World Heritage Site. 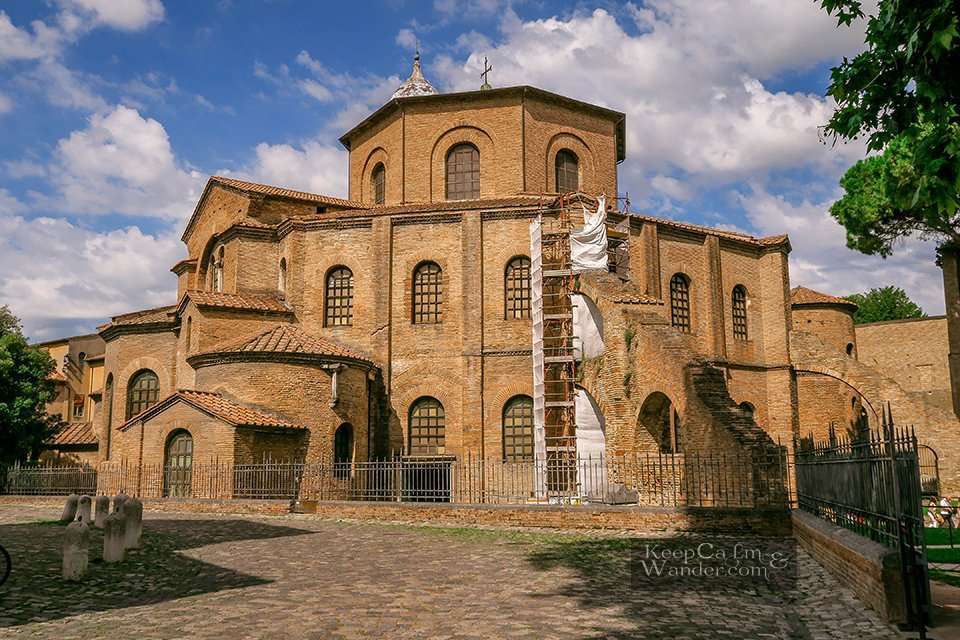 With its proximity to popular tourist destinations in Italy including Florence and the Adriatic Sea, Ravenna remains a favorite choice among tourists. There is plenty of things to see and do here. And for those with limited time to spend in Ravenna, this article is for you.  You will be overwhelmed by the sheer magnitude of attractions to see and things to do.

Day Trip from Bologna. Ravenna is less than an hour and a half from Bologna. I took the 7:06 AM train and arrived there at 8:30, just in time when most tourist attractions open at 9:00. Before 2:30, I was back at Ravenna Centrale for my train back to Bologna. See train timetable and book it here.

Walk Around. Since you have 30 minutes spare before the attractions open, I’d suggest that you walk. Ravenna is a walkable small city but make sure you’ve got your google maps on. 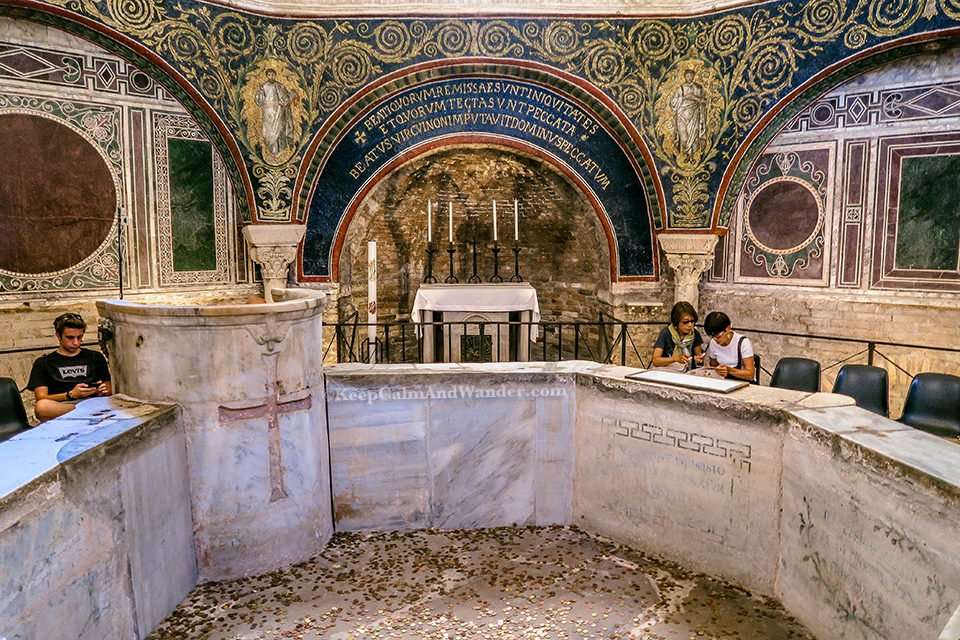 Neonian Baptistery / A Day Trip to the City of Ravenna Where Dante is Laid to Rest (Italy).

Next stop is the Basilica di San Vitale, located 750 meters away from the Baptistery of the Neon. This stunning building features a massive octagonal central dome. Its major draw is the interior, which features colorful mosaic and decorations. What’s more, its interior décor stands out as one of the most beautiful Byzantine artworks in Europe. Just like the Baptistery, this religious site is adorned with breathtaking illustrations of different religious scenes. 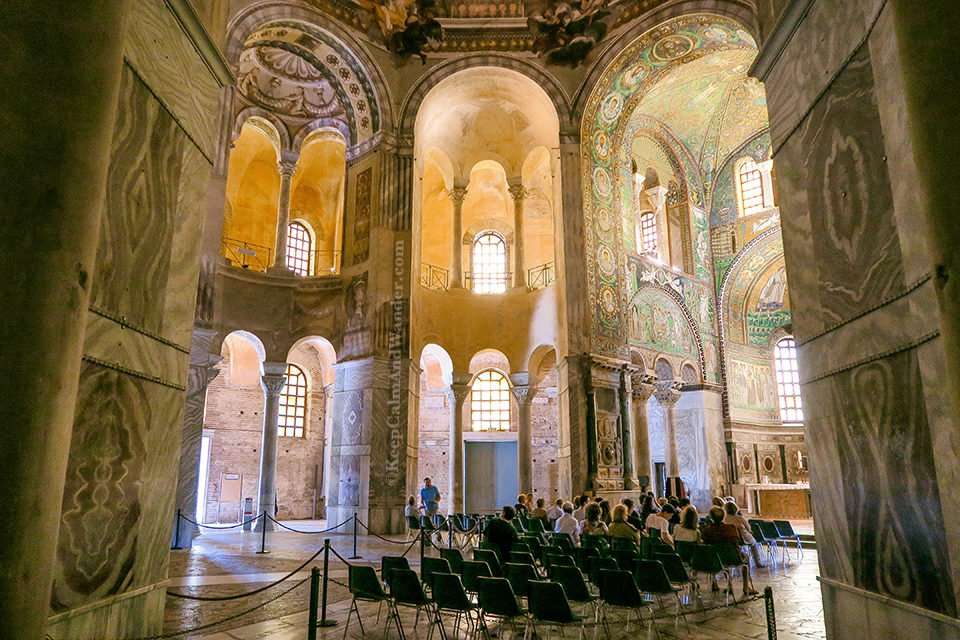 Basilica de San Vitale / A Day Trip to the City of Ravenna Where Dante is Laid to Rest (Italy).

Right next to the Basilica di San Vitale is the Mausoleum of Galla Placidia. Listed as a UNESCO World Heritage Site, the attraction boasts impressive interior design. The mausoleum was built in honor of Galla Placidia, who was the daughter of the Roman Emperor Theodosius I. The mausoleum features an array of gorgeous architectures; it is, without doubt, a place worth visiting for art and culture lovers. Despite the fact that Mausoleum of Galla Placidia dates back several thousands of years, its structure still remains intact, untouched and exudes ravishing looks. Apparently, this is one of the most cherished treasures of Ravenna. 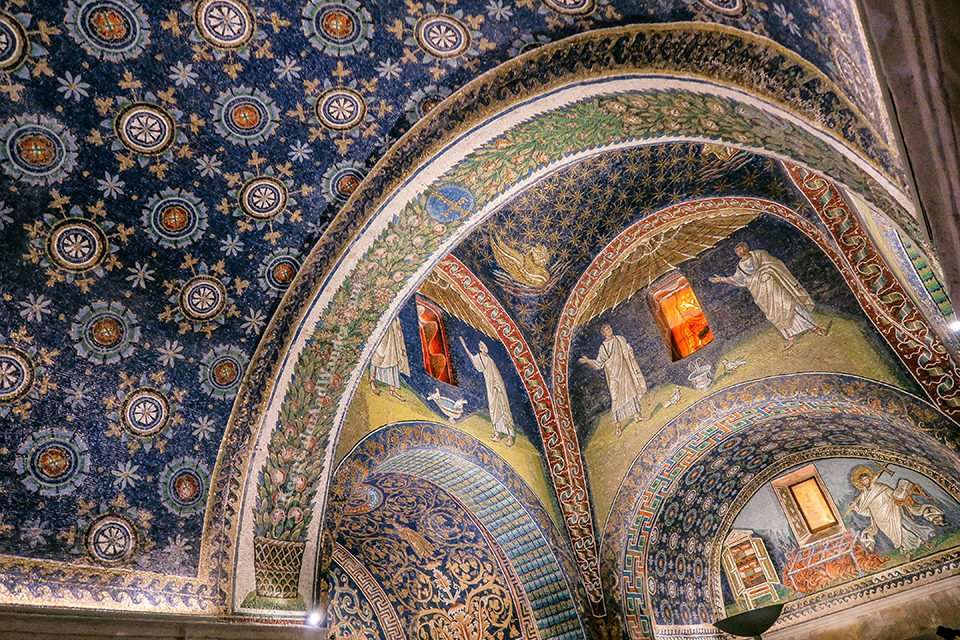 Mausoleum of Di Galla Placid / A Day Trip to the City of Ravenna Where Dante is Laid to Rest (Italy).

Oh well, if you haven’t read Divine Comedy, I can forgive you. But if you don’t know who Dante is, then, I don’t know what kind of education you have. 😀 You should repeat high school or university. LOL… The great Italian master is laid to rest right next to Basilica of San Francesco. If people tell you that Dante’s tomb is in Florence, don’t believe them. That one in Florence is just a memorial. Dante’s actually bones are in Ravenna. 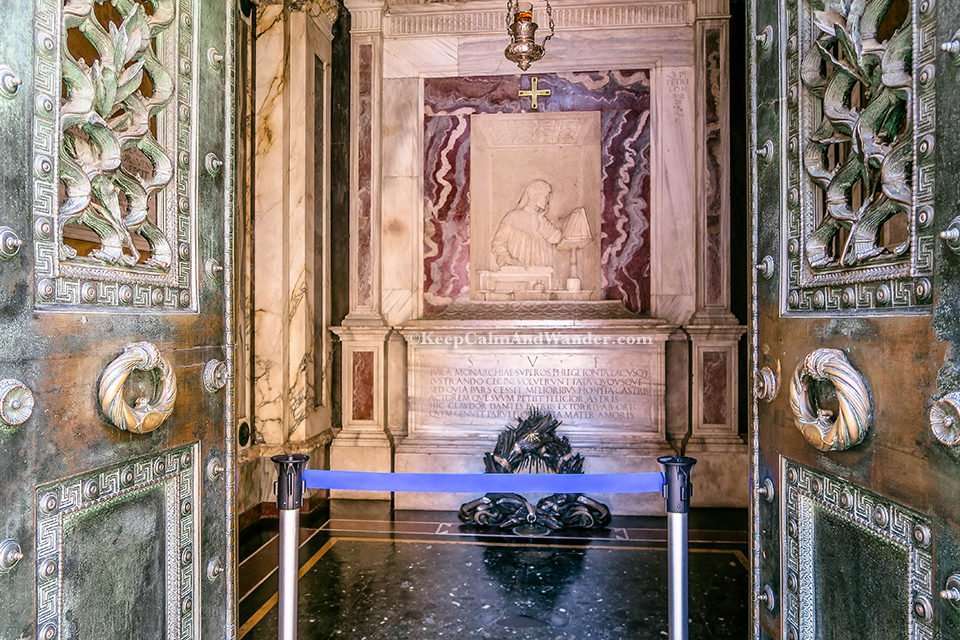 Tomb of Dante Alighieri / A Day Trip to the City of Ravenna Where Dante is Laid to Rest (Italy).

In front of the Basilica of San Francesco, you’ll find a well-renovated concrete building. On its side wall, you’ll find a sign that Lord Byron, the English Poet, once lived there. And what the hell did he do there for two years? It’s all for the love of a countess. At one point, his friend, Shelley came to visit him in Ravenna. If the little museum is open, go inside and you’ll find love letters from Lord Byron to the countess. 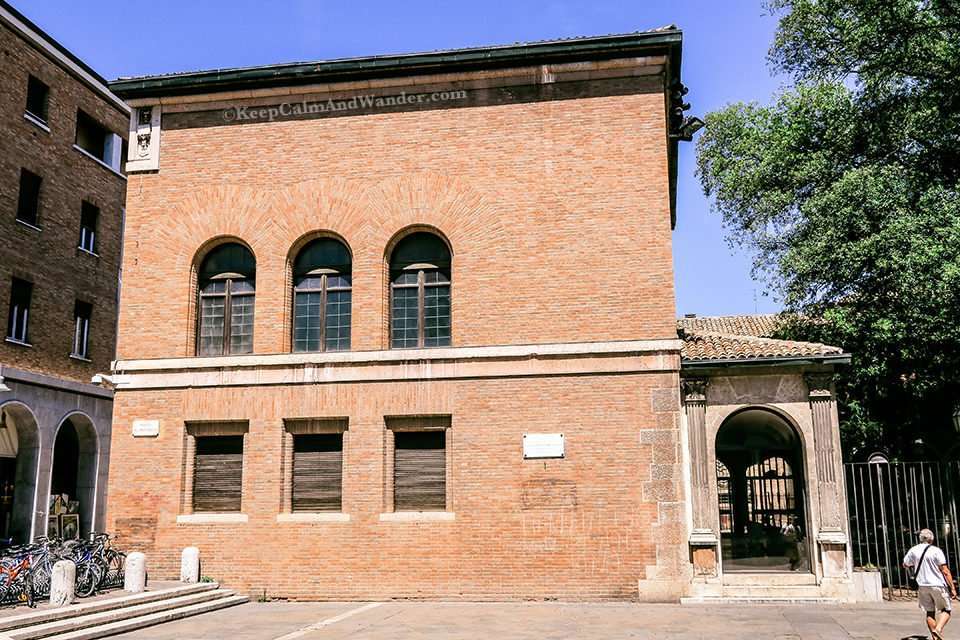 Former House of Lord Byron / A Day Trip to the City of Ravenna Where Dante is Laid to Rest (Italy).

No trip to Ravenna will be complete without visiting the Tomb of Theodoric. Historically, Theodoric served as the supreme ruler of the Kingdom of Ostrogoths during the 6th century. Prior to his dying days, the king chose Ravenna as his eternal resting place because the city served as a major stronghold during his reign. The Tomb of Theodoric has been in existence for over 1500 years. Though the interior is sparsely designed, it remains a poignant place to visit.

The ancient facade may not impress you but the frescoes on this high-ceiling 6th century architecture will blow you away. It is described as the most impressive basilica of early Christian period. This was the last attraction I visited before I headed back to Ravenna Centrale Station. 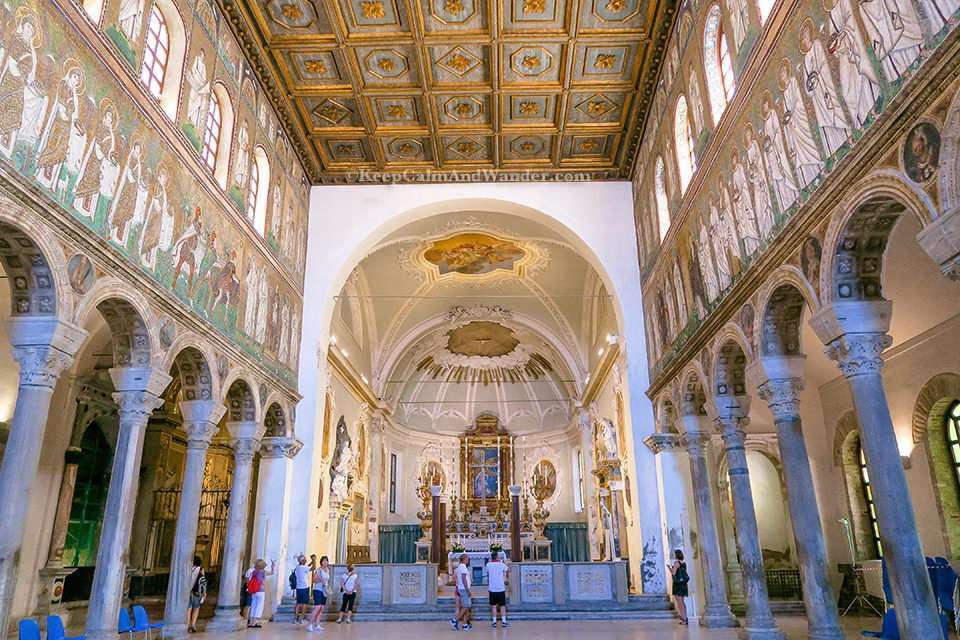 Basilica di Sant Apollinare Nuovo / A Day Trip to the City of Ravenna Where Dante is Laid to Rest (Italy).

Essentially, Ravenna is rich in history and beauty. Furthermore, it is a perfect stop for travelers leaving Venice for the Umbrian or Tuscan hill towns to the southwest. To catch a glimpse of the rich historical past of the Italy, plan a day trip to Ravenna, a modern city re-discovering its fascinating past.

After travelling for sometime, all I needed was a ME-time. So, I stayed at a BnB type room in Bologna. I booked myself at Stazione Centrale, which is 20 meters away from the back entrance of Bologna Central Station. Though bathroom was shared, I had my own room with a tiny refrigerator and a small sink. Internet connection was good and cleanliness was ok. From here, you can walk to Plaza Maggiore for 20-30 minutes. There are restaurants and fast-food chains in front of the train station. You can book it via Booking.com 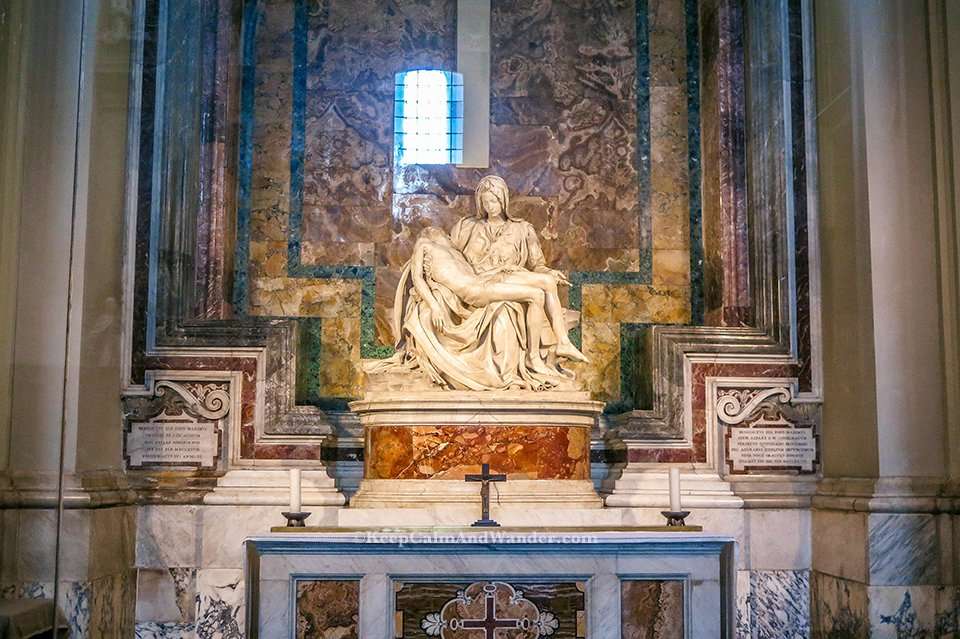 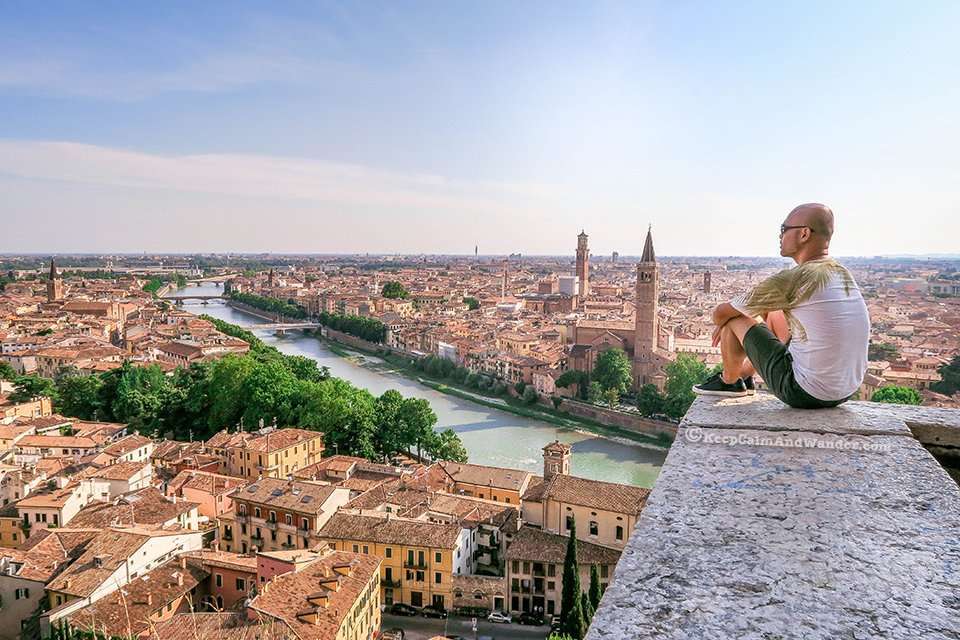