Belvedere Palace in Vienna Will Take Your Breath Away 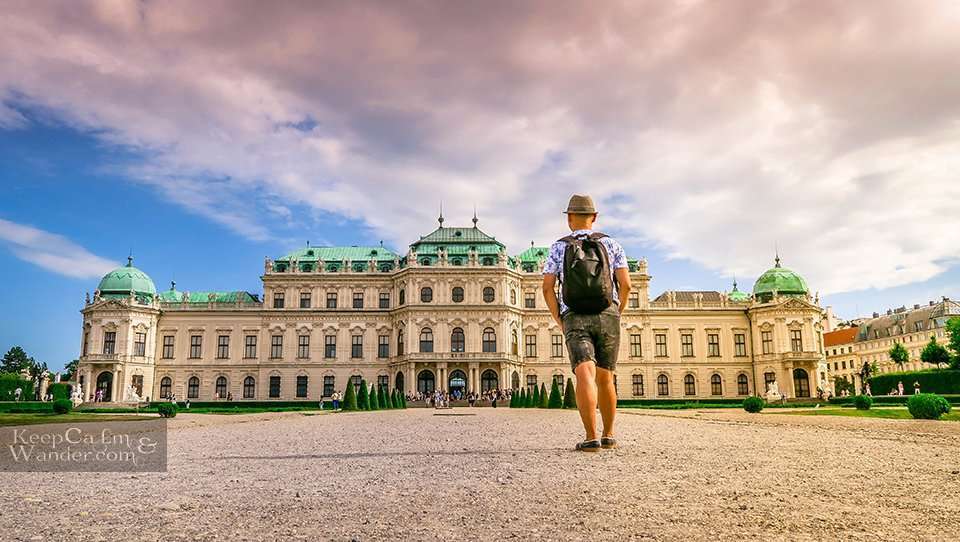 The palace is, obviously, photogenic!

The Belvedere Palace in Vienna will take your breath away. It’s one of those magnificent palaces in Europe that is as fascinating as its history. The palace compound has two Baroque palaces: the Orangery (Upper Belvedere) and the Palace Stables (Lower Belvedere).

Between these two palaces are wonderful and well-manicured gardens. It’s free to go into the palace ground, but if you decide to go inside these palaces, you have to pay. I was not able to go inside because I arrived at 5:30 PM, and they closed at

Here’s what I found out about the Belvedere Palace in Vienna.

It was built as a summer home

In the 18th century, Johann Lukas Von Hildebrandt constructed this magnificent palace for Prince Eugene of Savoy. Not a home apparently, but a colossal palace that was solely built for the leisure of Prince Eugene in summer.

It was outside the city gates

Although it is located inside Vienna, it wasn’t always like this. The city back then was a small walled area and this palace was situated outside its premises – outside the city gate that is.

Home to works of the masters

The castle is lined with beautiful portraits from the Middle Ages. More than this, what really attracts tourists from around the world is the largest collection of Gustav Klimt adorning its halls and museum. Schiele and Kokoschka’s masterworks are also honored here.

Outside, you will find amazing sculptures that demand your attention.

The gardens are still the same

There is a lavish garden between the Upper and Lower Belvedere that was designed by D. Girard. They are almost untouched design-wise and thus, they retain the same character as they did decades ago.

One of the most visited attraction in Vienna

Vienna has other attractions as well, but tourists find this palace and Schonbrunn Palace irresistibly appealing. It receives so many tourists per year.

If you are in Vienna for a day, this palace is walking distance from the main train station.

It has been restored several times

The current pomp and show of the palace are because it is maintained by the authorities. Had it not been for them, it would have been destroyed completely by the 1945 war and 1950 fire.

Lower Belvedere is the most important

Prince Eugene had a liking for the Lower Belvedere and therefore, his apartments or residential rooms are located there. The once operational stables are now used to display 150 precious objects belonging to the medieval ages.