“You’ve never been to Beirut if you don’t have a photo of yourself at Pigeon Rocks.” Those were the words of a friend who offered to host me at her house. I can’t blame her. If you google  Beirut or Lebanon photos, Pigeon Rocks never fail to show up. Try googling “Things to do in Beirut” and these rocks are always on the list. In fact, it’s not just the tourists go there – they’re also a hit to the locals.

The cliff that overlooks Beirut Pigeon Rocks is a popular destination for the tourists. 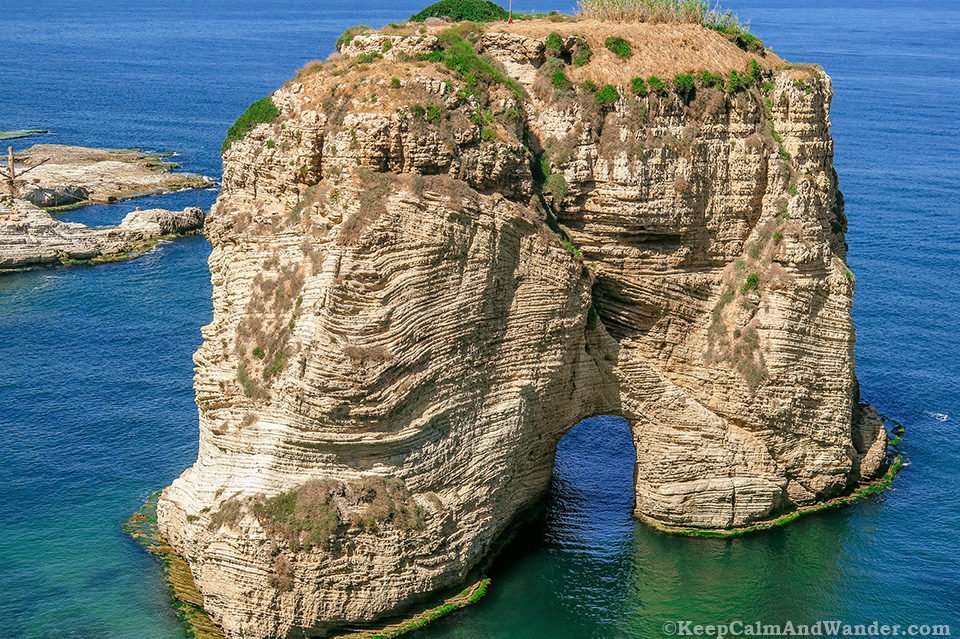 It is also a favourite hangout for the locals where cafes littered along the streets. 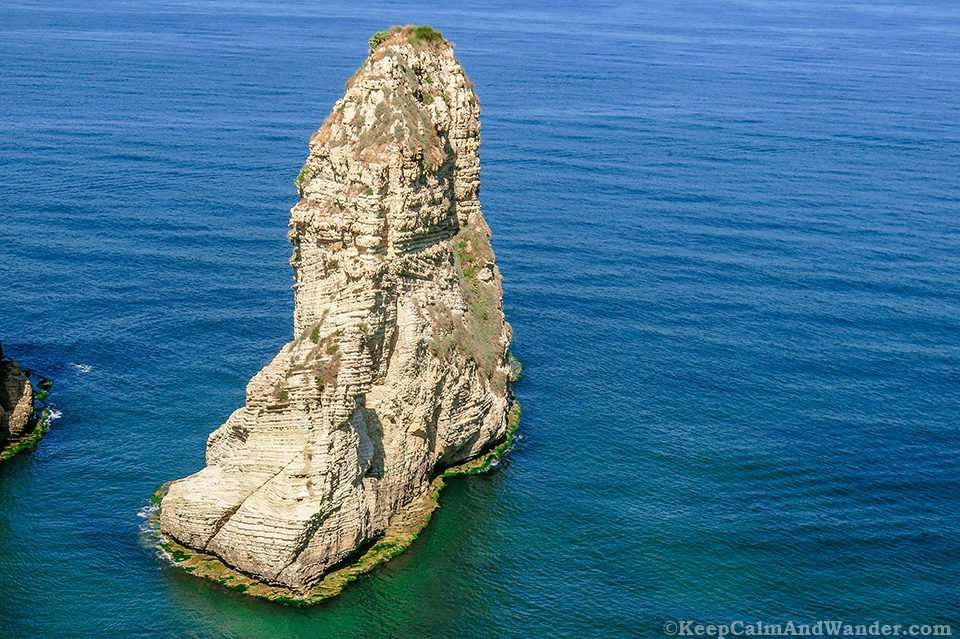 You’ve Never Been to Beirut if You Don’t Have a Photo at Pigeon Rocks (Lebanon).

The sea views are a welcome respite from the busy streets of Lebanon’s capital city. 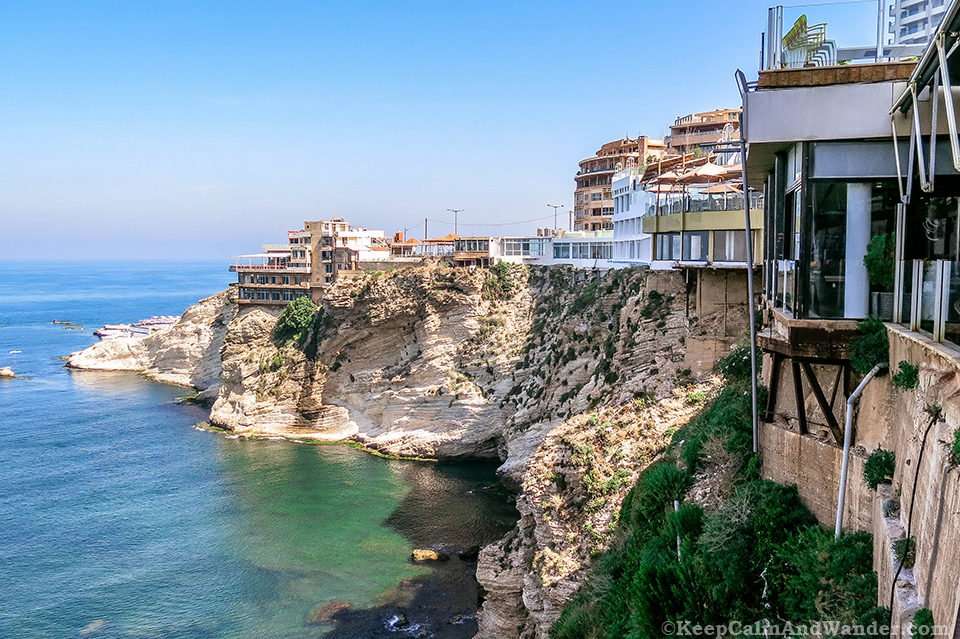 You’ve Never Been to Beirut if You Don’t Have a Photo at Pigeon Rocks (Lebanon).

But, what’s really the agog about these two rocks on the sea? 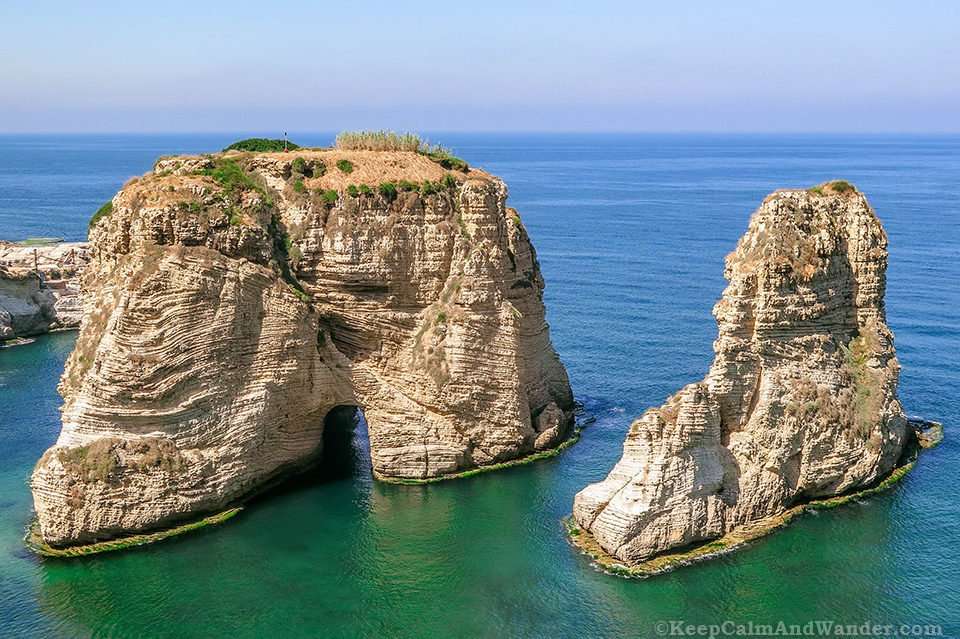 Well, nothing is really special. They’re just two rocks that stand like they’re the Guardians of the Sea. 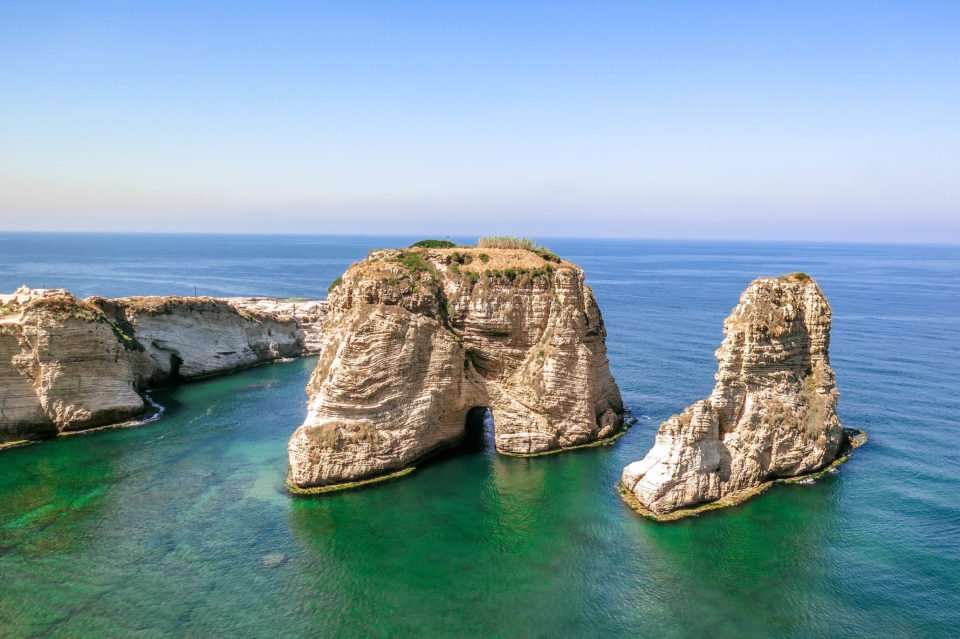 I thought they’re called Pigeon Rocks because pigeons like to congregate here. But, there were absolutely zero pigeons there when I visited. They must have migrated somewhere already. 😀 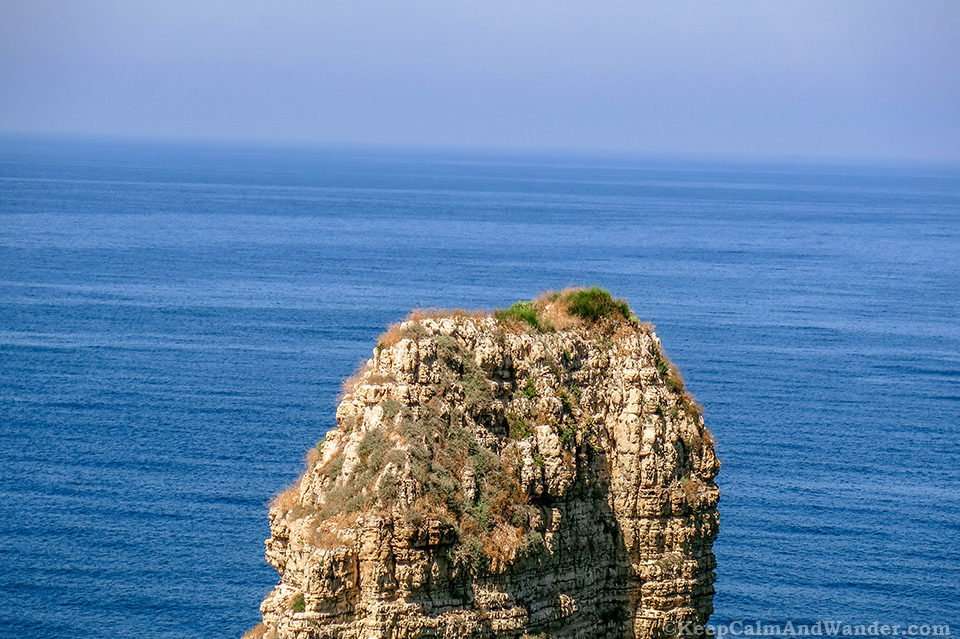 When taking a taxi on your way there, tell your driver that you want to go to Beirut Rocks. Why? Because it seems that only the guidebooks call them Pigeon Rocks and the locals call them as Beirut Rocks. 😀 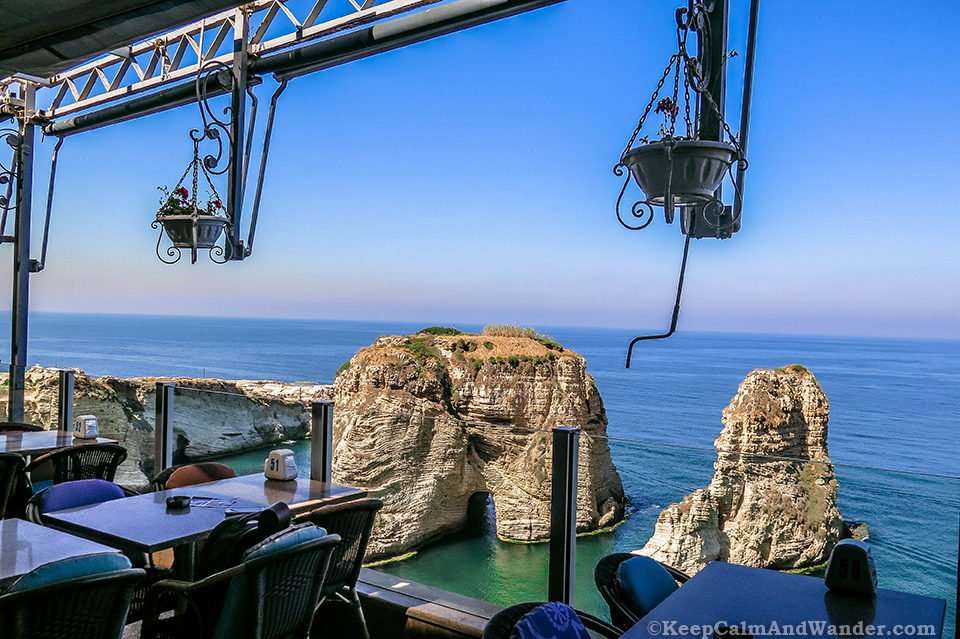 If you want a better perspective of these rocks, go inside the Rocks Cafe, order something and drink in the view (above).

Where to stay in Beirut

Downtown Beirut is nice but there’s not much life there. Hamra neighbourhood is a great place to get to know Beirut through the busy street where locals come and go. Stay at Grand Hotel Beirut or Versailles Grand Hotel. They have a good size room and sparkly clean. You can book via HostelWorld, Expedia and Booking.com.

Related: Things to do and see in Lebanon

View from the Towers of La Clerecia in Salamanca 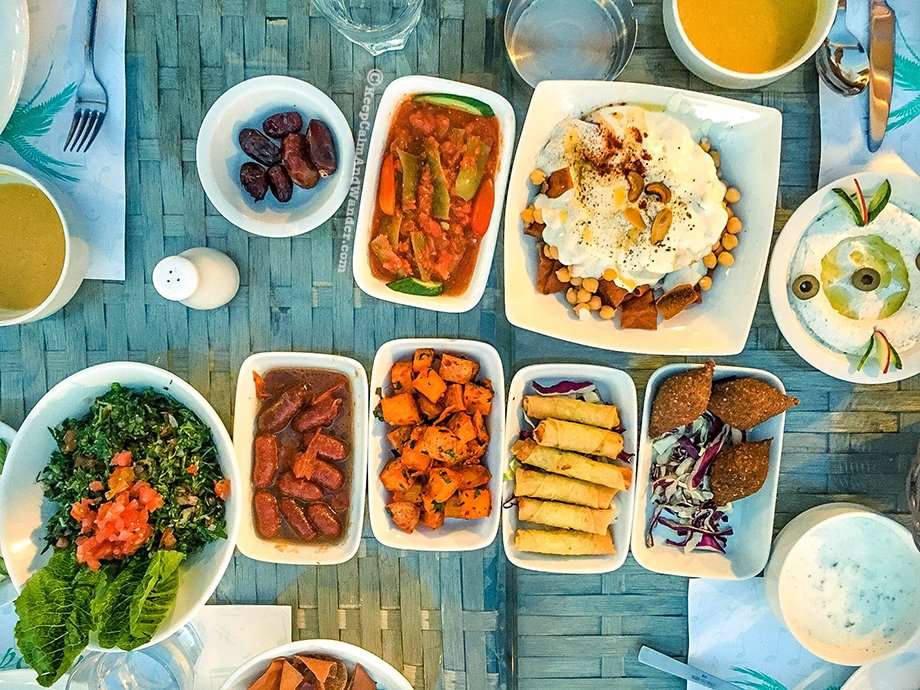