Nowadays, Beijing Hutong doesn’t exactly resemble as they were in the past, but, one could still find ancient architecture, woods, doors, posts, etc… that stood the weather and time.

HUTONGS are ancient, traditional Chinese streets / villages / communities which, amazingly, still exist in Beijing despite the rapid development and construction here and there.

On Saturday afternoon, when the sky was greyest, a lot of us came to the meeting place in Qianmen and started walking / immersing hutong life at exactly 2:15.

This Beijing hutong exploration brought us to:

History says that this hutong was exactly the embryo of ancient Chinese financial market. After the founding of the People’s Republic of China (1912-1949), the financial merchants in this hutong expanded their shops aggressively due to lack of decent legal supervision, ths, making thus hutong the narrowest one in Beijing.

This street is extremely controversial. This is where siheyuan (courtyard hou ses) used to be with multi-f amilies living in them. Now, this is a modern district with a commercial touch. The protest to save the hutong fell on deaf ears.

Six years ago, on my first visit, the area looked like the China in my mind before I set foot in Chinese soil. The smell and the chaos was just like every Chinatown you see in every big cities around the world.

This street opened a day before the Olympic Games last year, the southern part is still underconstruction.

Jiuwan hutong alley is 390m long and one has to take more than 13 turns. People who lived here have a superstition that one should never enter this alley from West exit because it is considered bad luck!

Bada hutongs used to be ancient red-light district. Most houses here used to be brothels. The photo below was the most famous whore house where most courtesans here were brought and bought to the higher courts.

Today, the hutong is a place for low-income families.

We stopped at an Old Mosque whose architecture resembles that of a Buddhist temple. Our guide tried to talk to the guard but was told that the mosque was under renovation and that visitors were not allowed to enter.

For the rest of the journey, we passed by mahjong houses where men and women deep in concentration to win.

We walked for 3 hours on the narrow and winding alleys of the hutong. While others are stuffing their mouth with food they bought on the street, others were busy taking pictures of the last vistage of old Beijing. Some were enjoying the moment and few others were taking their time to feel the life of what Beijing once was.

At the end of the 3-hour walkathon, we all feel exhausted and I had a blister on my right toe.

Few years from now, when Beijing turns into a full-blown metropolis, some of these hutongs will only be seen in photos. And when that time comes, I might be old, lonely and still fabulous, but I’d dare say that I’d once walked in these hutongs and no photos could best describe the experience.

Here we are a the end of the hutong tour.

The Long Corridor at Beihai Park 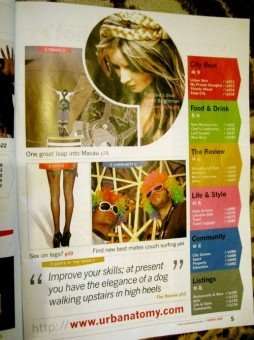