As soon as I settled in Detroit Hostel, I asked a staff on how to get to the Beads Museum. To my surprise, he didn’t know! He said, I was the first one who asked about such place which he never ever heard before. So, I showed him the address and he still couldn’t figure out which part of the city the museum is located. Google, as usual, never failed me.

Read: Things To Do In Detroit

Located in the city’s African Town, the museum doesn’t have flashy designs of European galleries nor the pretentious facade of soulless modern architecture.

All things African can be learned, seen and touched at the Beads Museum in Detroit. 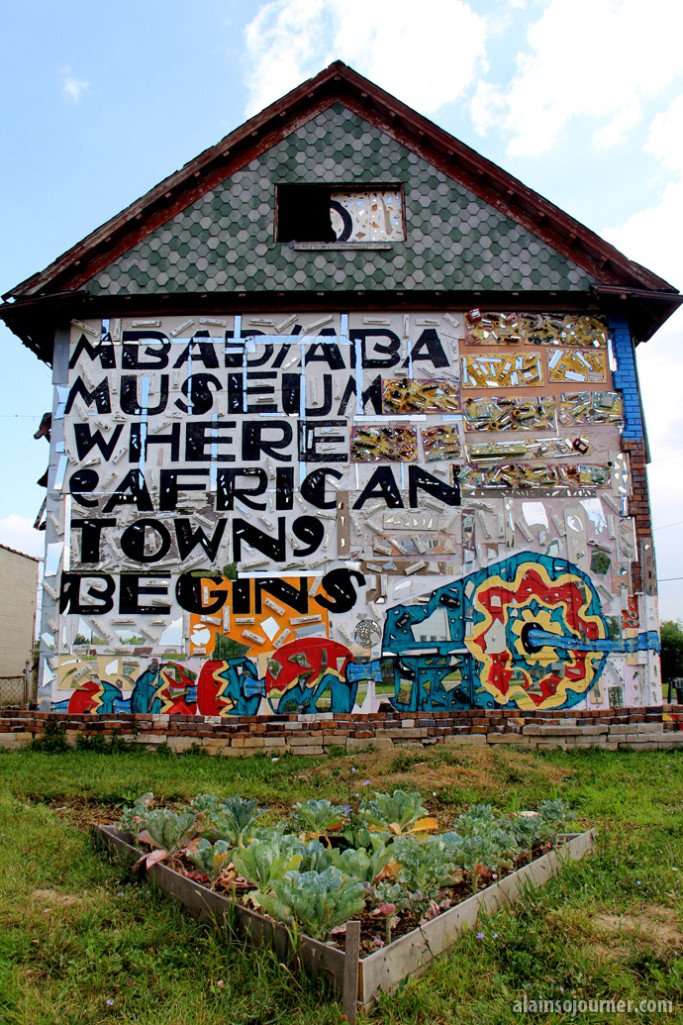 The Beads Museum is  housed in a humble building that could be mistaken as an abandoned house if you don’t walk further around it. 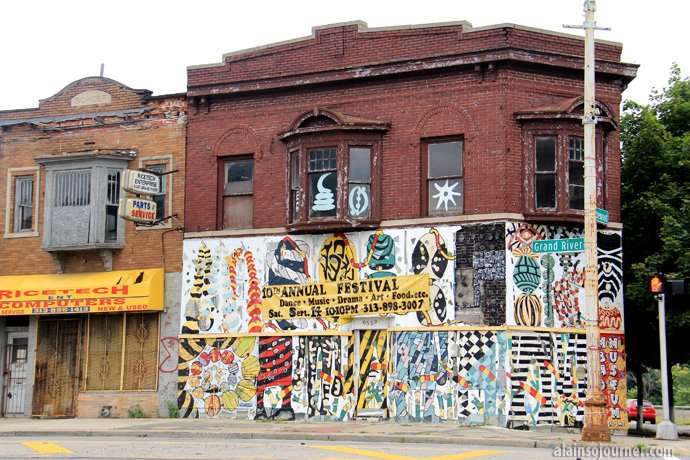 It is your window to African culture and arts. 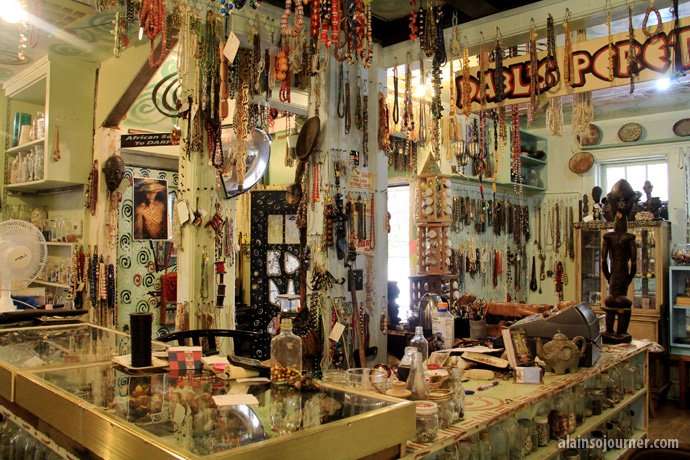 In Africa, beads are used as a status symbol, in rites of passage, weddings and identification. 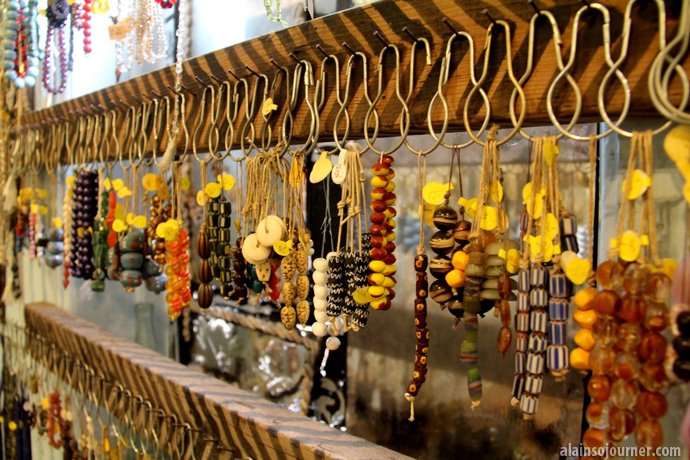 In these jars are treasures of beads dating back 400 years ago. No kidding! 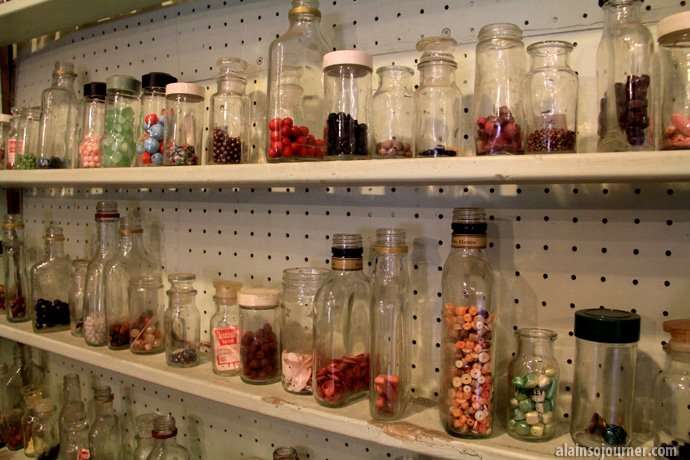 These broken pieces of mirrors on the facade are hand glued there to ward off evil spirits. 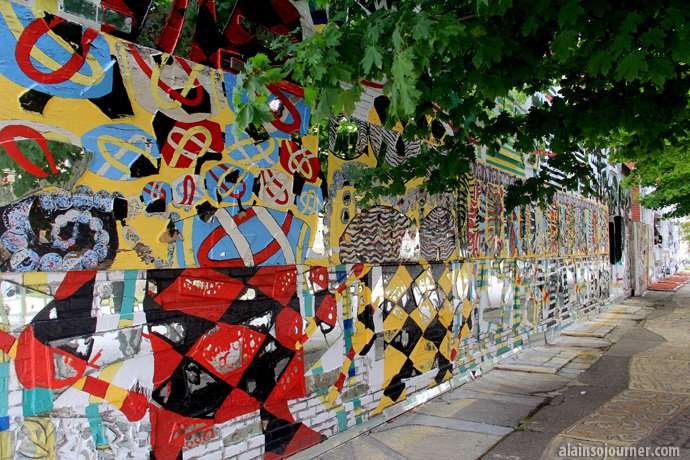 It is richly bathed in vibrant colors from roof to ground and catches every passersby’s attention. 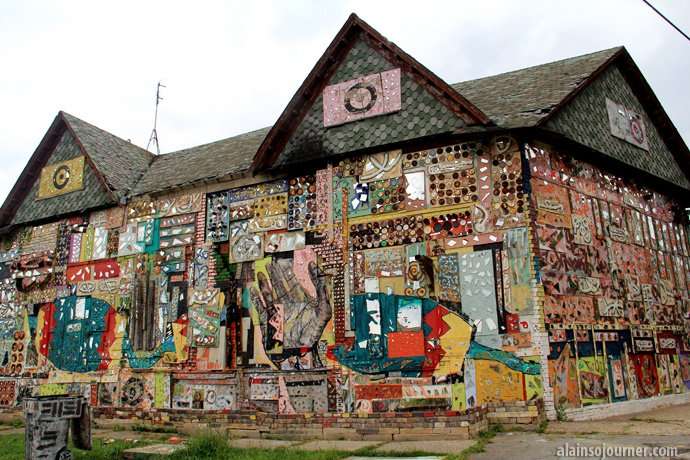 It’s one of those things that are hard to ignore, that deserve a second chance, a second look. 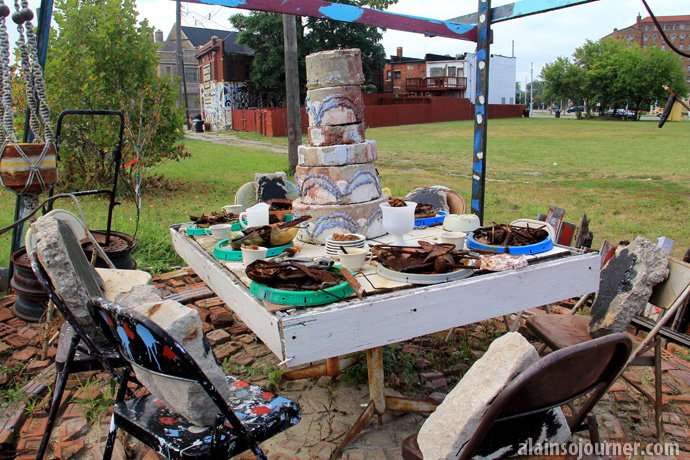 You have to stop, see it and immerse in it. 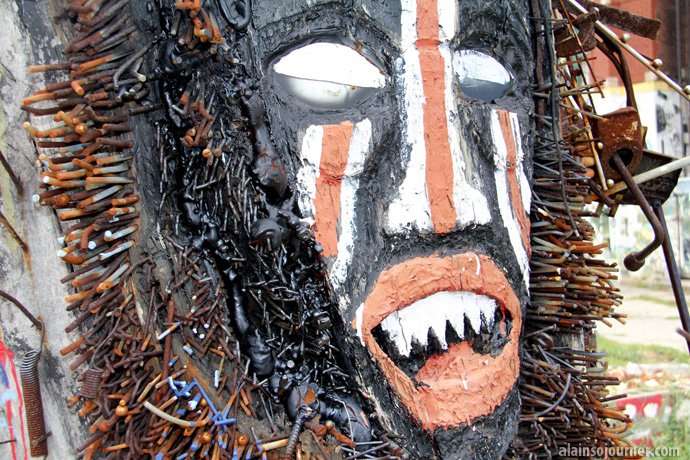 The Beads Museum is founded by Olayame Dabls. 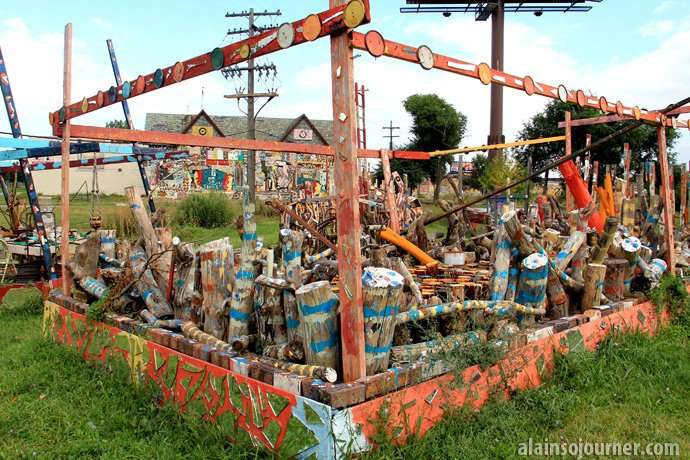 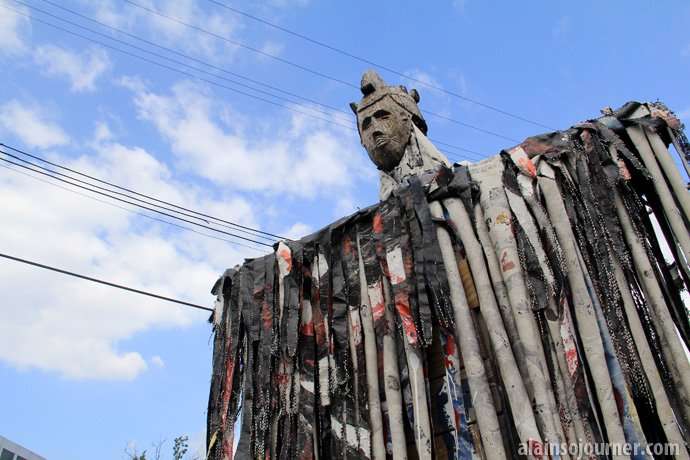 Outside the museum is a wide expanse of a vacant lot turned into an outdoor sculpture garden. 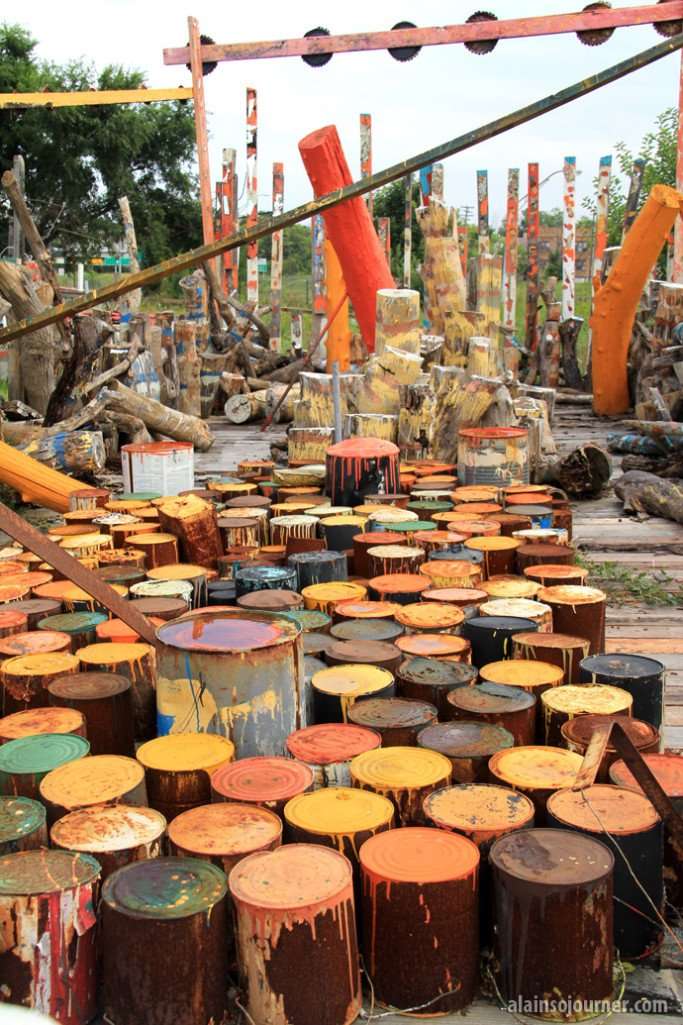 The green lot is a visual feast of sculptures without a tinge of luxury. 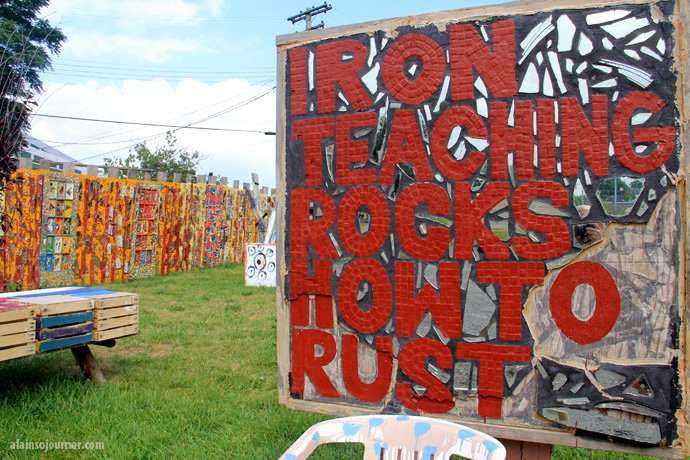 Scrap metals, irons and plastics are rescued off from burned and abandoned houses in the area. 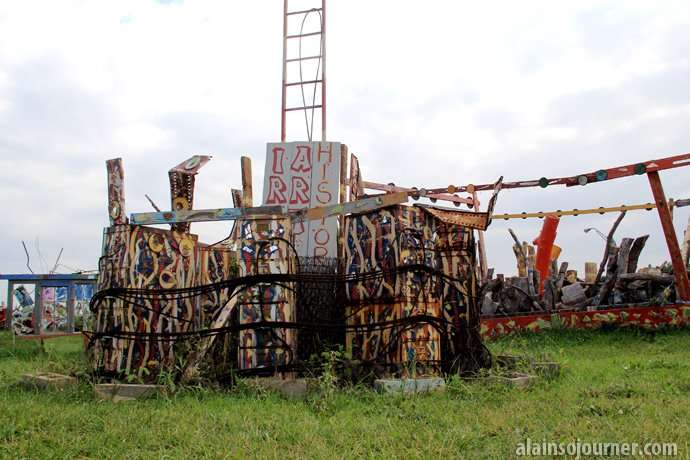 They were assembled together to create a glittering art that speaks volumes of the culture that help influence the Motor City. 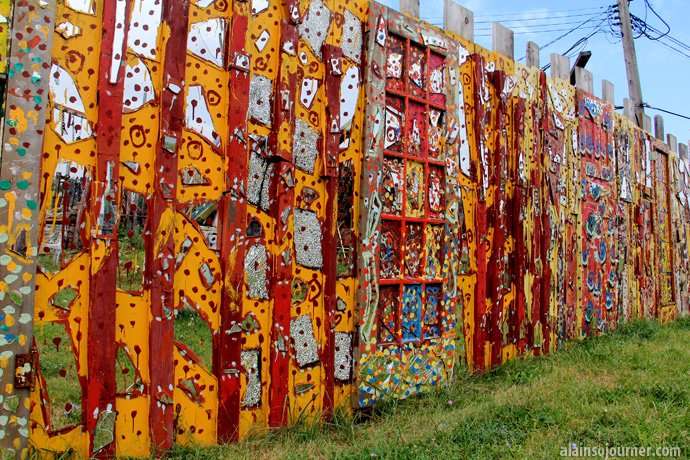 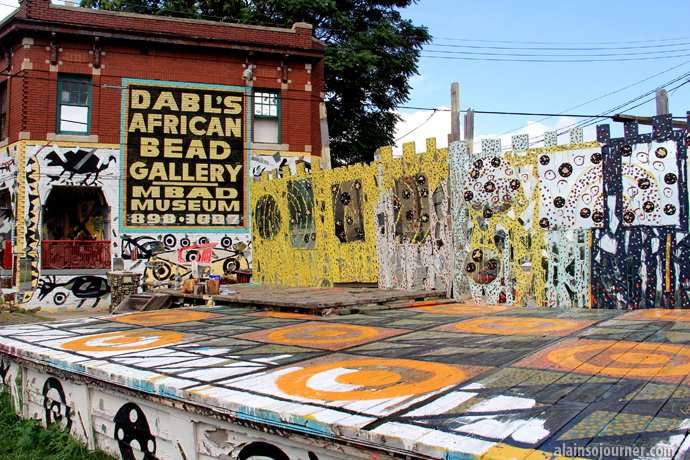 This car gets its second life—steady but alive! 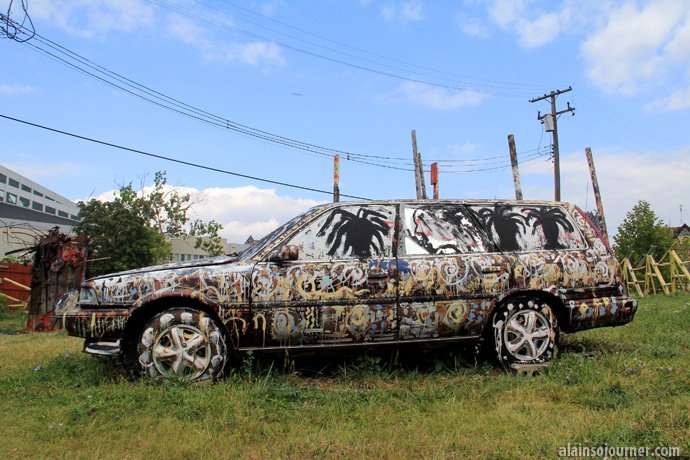 If these pieces of furniture could talk, they would surely tell interesting stories you’d love to hear! 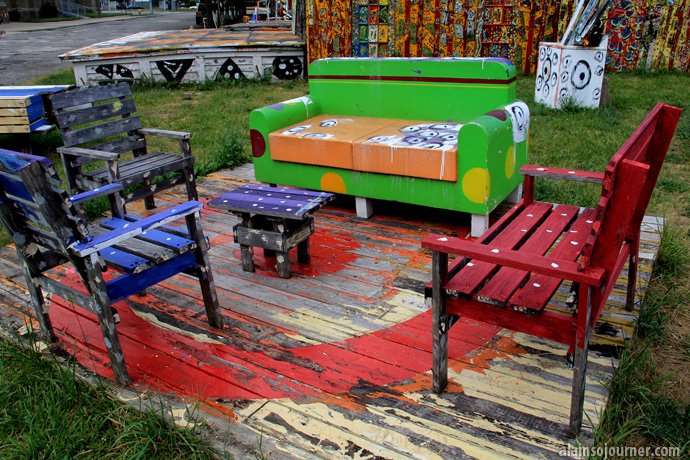 These slabs of wood look good when they’re coated in colors and find balance in their individuality. 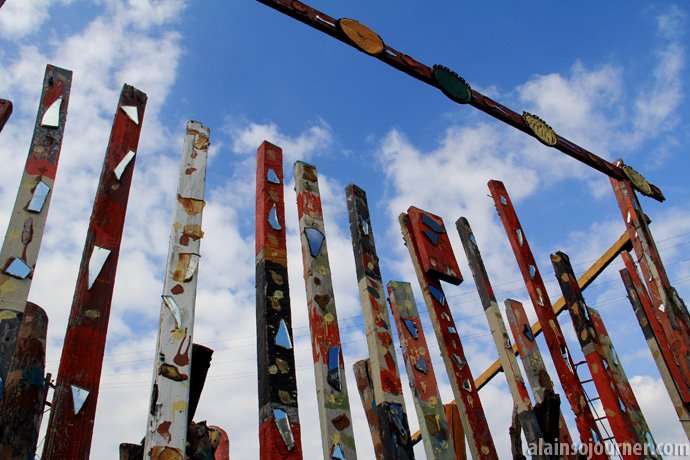 These scrap materials are messy and forsaken but together, they look united to create something we have never seen before. 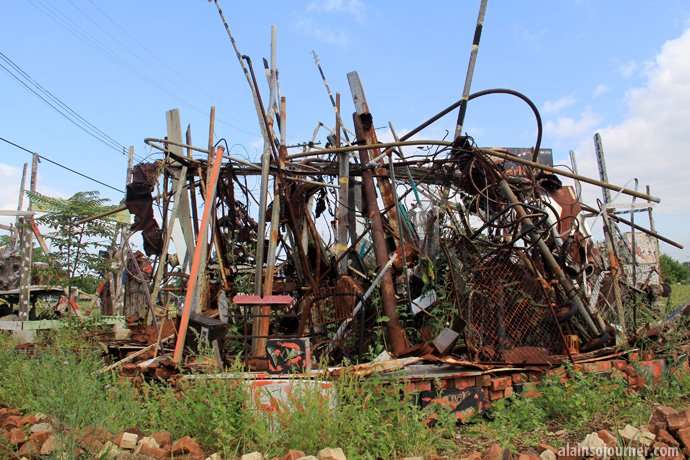 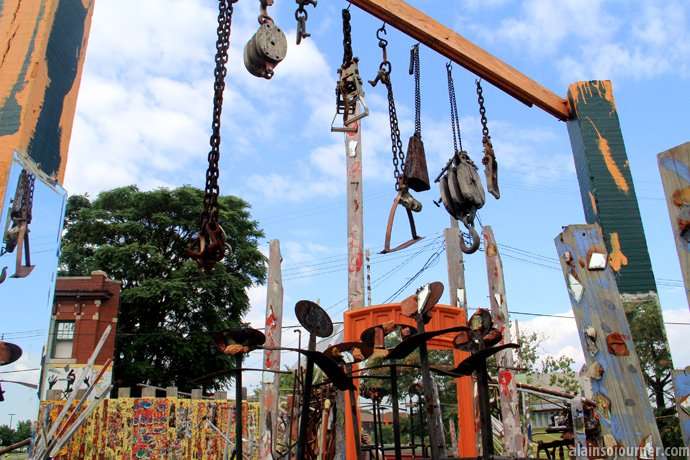 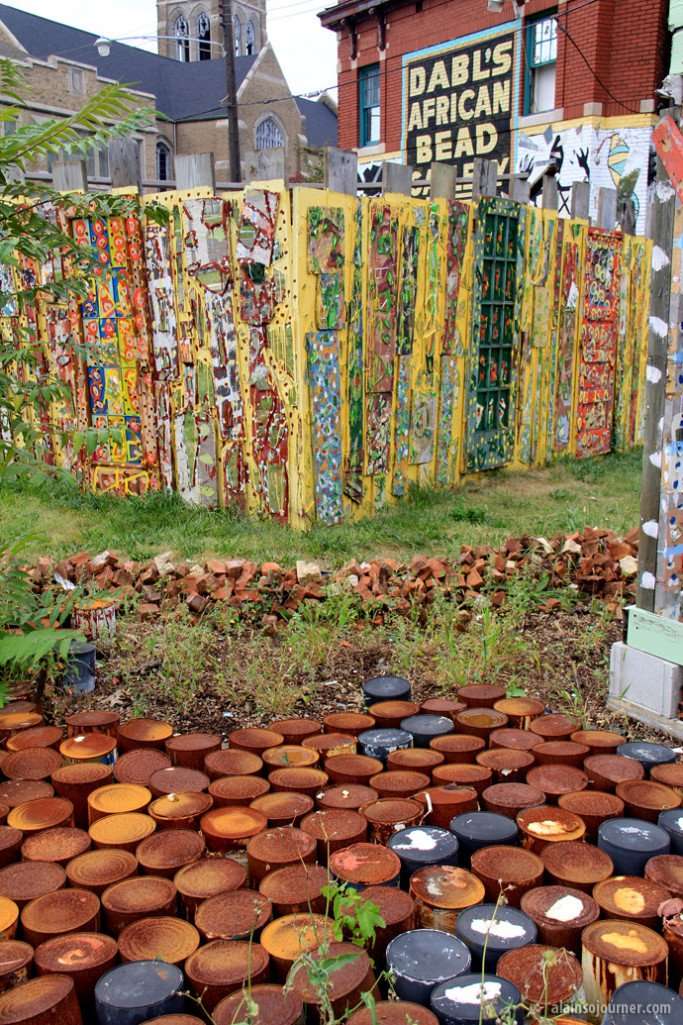 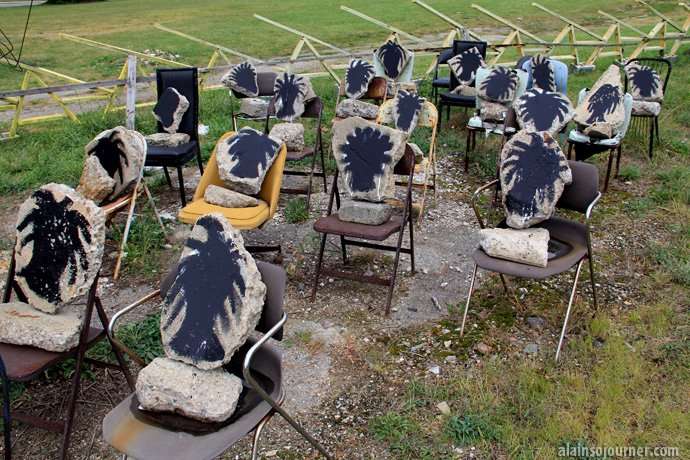 The African Beads Museum is at 6559 Grand River Ave and East Grand Boulevard. 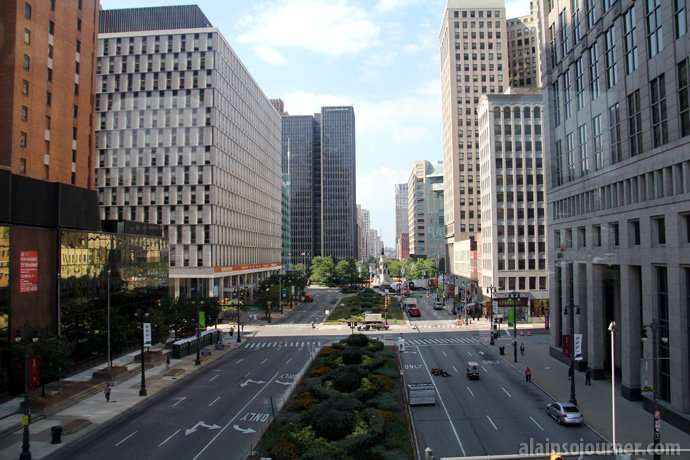 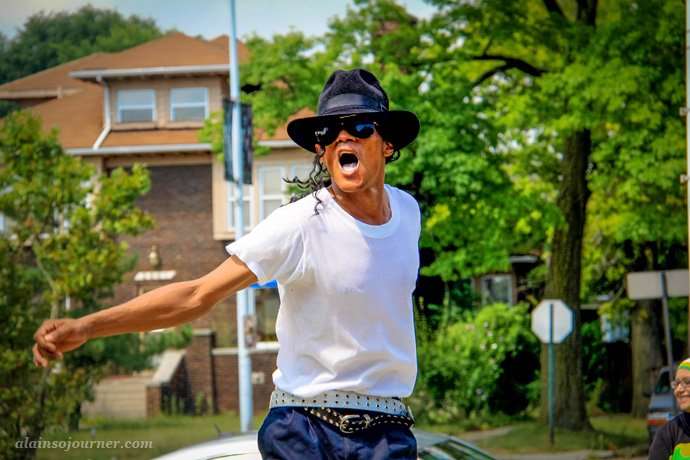