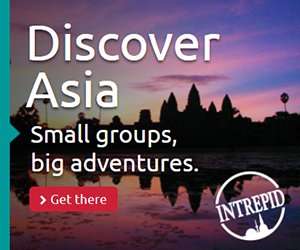 It’s too late for sightseeing so I decided to just concentrate my exploration of the city by the seaside where I can dip my feet into the sea and see boys in their trunks and golden beach bodies. Haha!

It was a beautiful, sunny day when I went out of Zac’s apartment.

I went to Busan Cultural Center first—not for anything special but I just wanna explore the area where the Busan National Museum is nearby and the UN Avenue is a stone’s throw.

I have no idea that the Busan Cultural Center is on the hill but it’s a good thing. The view was nice.

I must have walked too far when I realized that I lost my way. I asked a couple of young and old people but they have no ounce of idea what I was talking about.

I showed them the map with both English and Korean descriptions but they just gave me a look that told me to leave them alone. Ha!

I was beginning to feel what my other couchsurfers who travelled to this country told me: they don’t like foreigners. They would stare at you as if you are some kind of funny creature. Or, maybe, they just don’t really know?

But, anyway, I was saved by this middle-aged woman who spoke a bit of English and told me the way to the subway.

There are two beaches in Busan I went to:

My next stop was at Gwang-alli Beach to have a glimpse of the sea and the Gwanga Grand Bridge. The view was just ok. Nothing in there that is spectacular. Nothing to fuss about. It’s just another beach. I had my lunch here at one of the small restaurants which serves good seafood dishes. They have starfish and octupus that are still alive everywhere. Kinda scary to me. I didn’t order those, of course. 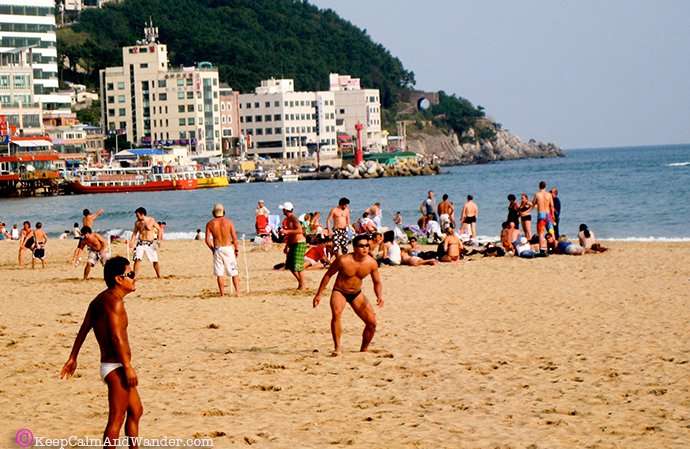 This beach is said to a world record when it comes to the number of parasols set up in summer. I was told that summer here is the season where basically every Korean comes to this beach and enjoy the sun and water sports.

The beach itself is not something to brag about for sure. It’s enough to lay down there and get a tan or spread your picnic sheets and read a book. And if you enjoy people watching, then, this place never disappoints you. I was not disappointed. 😉 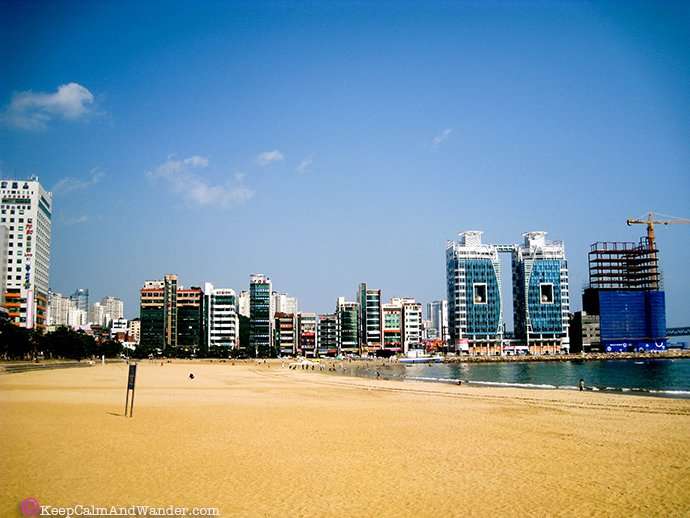 I got myself wet by walking the whole Hyundae Beach shoreline. It could have been romantic if there was someone who held my hands as I strolled down that sandy beach—oblivious to the crowd but in tune with the sound of the gentle waves. Hhhhhmmmnnn…. Ok, I’m talking shit now. Haha!