In Venice, Basilica di San Marco glitters in gold. No, you won’t be able to see gold on its facade but wait until you see its interior. I’m not sure if they intended to have the interior a bit dark. Perhaps, it’s to emphasize the beaming gold that you’d see on the mosaics above and on the walls. There are so many mosaics here that if you’d combine them all together, it would be more than the size of an American football field. This place of worship is a living testament to the wealth and power the Venetians used to have.

The basilica is a great example of a Byzantine design – from its mosaic to its portals, domes, and copulas. Of course, if you stand outside, you’ll find its Gothic influence, too. And guess what, there are more than 500 columns in here dating back to the 6th and 11th centuries.

First of all, this Church of Gold is the resting place of St. Mark, one of the four apostles of Jesus. You might be wondering how on earth the Saint’s body came to be buried here. History has it (or legend?) that the apostle’s body was stolen by Venetian merchants from Alexandria, Egypt. While on their way back to Venice, the traders encountered a storm that almost drowned them. St. Mark appeared to the captain and told him what to do. The merchants of Venice arrived safely and they built this Basilica to be the Evangelist’s final resting place.

It’s free to go inside the Basilica but you can only roam free in designated spaces. However, if you want to see more of its grandeur, pay 2 euros to get access to the altar. That’s where you’ll find the beaming Byzantine altar screen of gold! Don’t blink because you won’t just find gold in there! The altar is gem-studded: 300 sapphires, 1,300 pearls, 100 amethysts, 300 emeralds, rubies, and many more!

Unfortunately, cameras are off limits inside. 🙁

From the Basilica, it’s an easy two-minute walk to Venice’s most photographed bridge, the Bridge of Sighs. Also, right in front of St. Mark’s Basilica is the famed UNESCO World Heritage Site, St Mark Square. If you have time, climb to the top of St. Mark Bell Tower at sunset and be awed at the sweeping view of Venice. 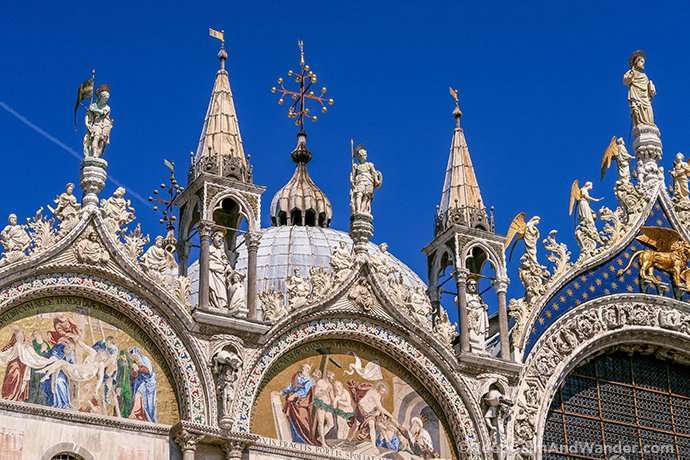 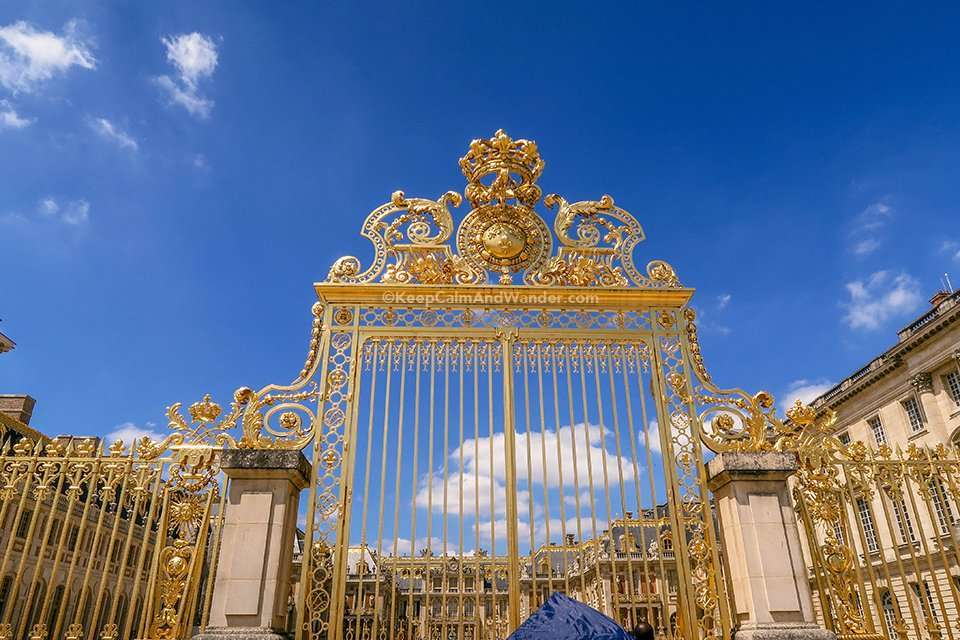