I wasn’t able to go inside the Basilica de San Vicente in Avila because our tour guide was already rounding us up to the bus. Well, it wasn’t really his fault but mine. I spent so much time inside the city, especially walking on the Muralla de Avila. But the girl who sat beside me on the bus said that she was impressed with what she saw inside. She was really raving about it, especially the history that goes with it.

Also known as the Basilica of the Three Martyrs, this sacred place was built in an impressive Romanesque style. The facade has shades of red and yellow stones with striking vaults and arches.

The basilica stands on the site where three brothers – Vincent, Sabina, and Cristeta were martyred. The Romans executed them because they refused to sign a document to recognize they offered rituals to the Roman gods.

And during their execution, a Jew laughed at them. Afterward, a snake suddenly appeared from the rock that nearly smothered the rich Jew. He repented and decided to build the church where St. Vincent’s martyrdom happened.

Most people who visit Avila from Madrid take a tour bus that combines sightseeing with Salamanca. Both cities are an hour apart from each other by bus/car.

The train from Chamartin in Madrid leaves for Avila after 9 in the evening. It’s not really a convenient time so taking a tour bus would be a good choice. You can book your Avila and Salamanca Tour here.

Related: Things to do and see in Salamanca 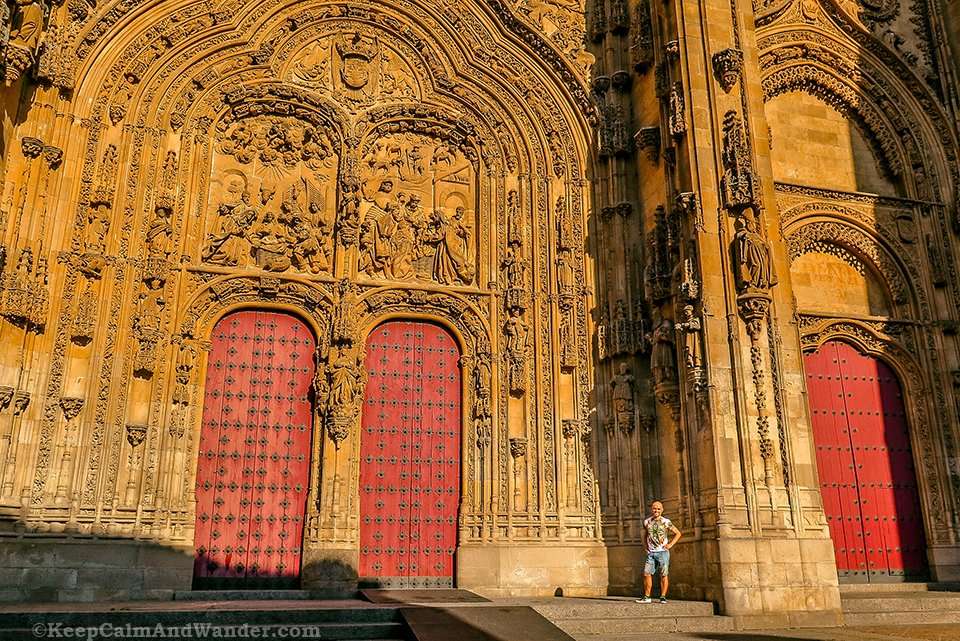 20 Photos – Inside the Amazing Salamanca Cathedral

View from the Towers of La Clerecia in Salamanca