I woke up early and joined thousands of Thai commuters in the bus. Though I still have a bit of a hangover from last night’s debauchery, the excitement of going around Bangkok’s busy streets and tourist spots overwhelmed me.

Word for the wise: When entering temples in Thailand, it is advised to wear casual clothes. No slippers, shorts and sleeveless blouses.

First stop was the Grand Palace. Seems like this an equivalent to Beijing’s Forbidden City. This Palace contains a highly detailed Thai architectural designs. Golden stupas are everywhere and doors and walls are carefully carved with designs even to its minutest details. 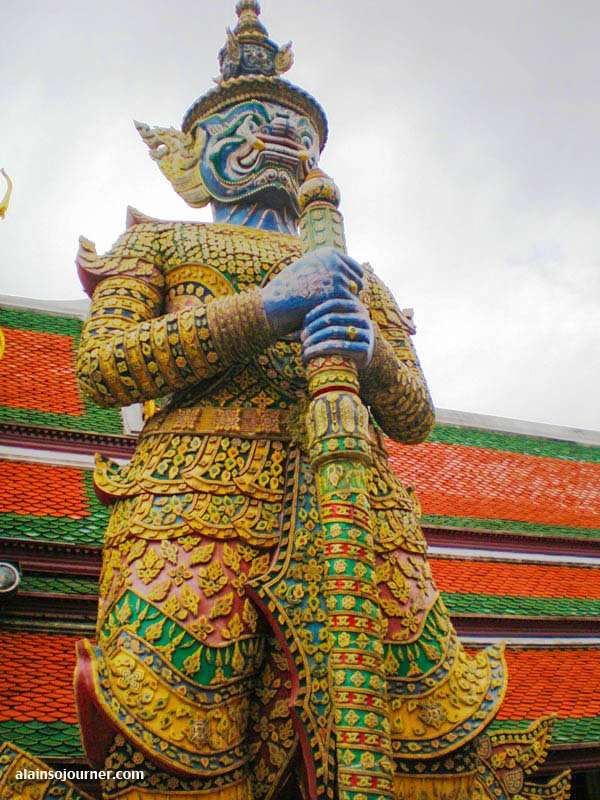 The Grand Palace in Bangkok Thailand.

This palace also houses the Emerald Buddha, which is Thailand’s most-revered Buddha. People from all walks of life go inside the biggest temple in the compound sans footwear. Inside, you can feel the holiness of the place and you can rest there as long as you want in carpeted floor.

Wat Pho
At the back of the Grand Palace is the Wat Pho. This temple houses the a very huge gold-plated Reclining Buddha which is 46 meters long and 15 meters high with inlaid mother of pearl soles. It’s so huge and the Buddha’s facial expression is the quietest I’ve ever seen.

In the same compound, a lot of Thai students were having sort Buddhist catechism classes with the monks inside the temples. This temple also referred to as Thailand’s first public university.

Here you can see the panaoramic view of the city with a busy Chao Phraya River that divides it. The most attractive structure in this temple is the 79-meter high pagoda decorated with ceramic tiles. Climbing to the top is even riskier than the Great Wall of China. You have to climb on all fours!

Lumphini Park
After the cultural and ancient stuff, my Canadian friend Andrei and I decided to do something gay. We unanimously agreed to check out Lumphini Park, a place most frequented by both the closet and out gay people in Bangkok. And true, indeed, the place was really cruisy. Men and women (but mostly men) jogged around the 4-kilometer oval without concentration—their eyes were cruising around.

We chose to sit in front of an open gym in the middle of the park. There, we drooled over the men showing off their muscles to die for. LOL… In other words, this is a place for men who were so obsessed getting a muscle and an abs and those who show off their meat and flesh without qualms. 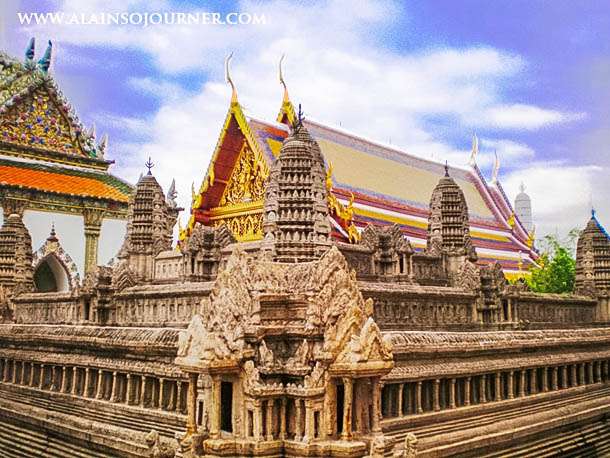 Dinner @ an Outdoor Resto
We had dinner in a buffet-styled hotpot. The only difference with the Chinese hotpot is that in the middle of the boiling pot is a steel where you can grill meat and vegetable. So, it’s like a combination of Chinese hotpot and Korean barbecue.

Baiyoke Tower
Entrance to the tower was 200 Baht with free drinks at the bar.

We went home around 3:00 in the morning.

The Long Corridor at Beihai Park