If you want to see Manama skyline, you better head out to the city’s 16th century Fort. It’s 15 minutes drive away from the city without traffic. Manama’s streets can be really congested during peak hours and you won’t like it. I had developed 1000+ wrinkles while stuck in traffic.

But when I stood at Bahrain’s Old Fort, my wrinkles were quickly gone somewhere. I had time to stroll on my own while the taxi driver was waiting. No, there’s no bus stop nearby as far as I know. The entrance is kinda far from the main road and you have to go on a dirt road, too. You really have to get a taxi and tell the driver to wait for you. It would be hard to get a taxi from there!

The best thing about getting inside this tourist attraction is that—it’s FREE!!!

Manama, according to the taxi driver, means “sleeping city.” I cackled—because I arrived at 2:30 in the morning on a rainy day. My hotel is right in the middle of the old city—and no one seemed to be sleeping at that ungodly hour in the morning. Right when I checked in, two women clad in skimpy dress were pretending to be busy at the hotel lobby that leads to a narrow hall into a bar known for white men hooking up with younger Asian women. They actually looked at me from sole to crown—but judging from how I looked, in shorts and t-shirt, with a backpack, they were turned off, I reckoned. I must have looked like a poor backpacker. And that’s a good thing! The last thing I’d expect to happen was the unsolicited knocks on my door. I won’t really mind if he’s hunky, you know. LOL….

Right when you passed the gate, this is the beauty that greets you.

The contrast is breathtaking—the desert against the towering skyscrapers.

As you stroll inside the 16th-century Fort, the view of Manama’s skyline is getting more breathtaking.

And it’s very photogenic, too!

The contrast between the ancient and the modern world collides in one frame of your photographs.

I’d recommend you get a private car, instead of a metered taxi. Befriend some people in your hotel and ask if they have a friend who has a car, is free and wants some extra cash. They’d gladly recommend one. I paid 30 Bahraini Dinars for 4 hours of sightseeing on my second day in the city.

I just hope that you’d be luckier than me who came with the rain above my head. 🙂

Bahrain is not a pedestrian-friendly city. So, to maximize your time, I would suggest that you stay in the Old Manama area. Delmon International Hotel is right on a busy street full of shops of all sorts, restaurants, and cafes. Bahrain’s most famous gold market is just right across the street. Many of the cultural things you want to do/see in the city are here. The hotel has its own swimming pool, bar, restaurant, and a massage place. 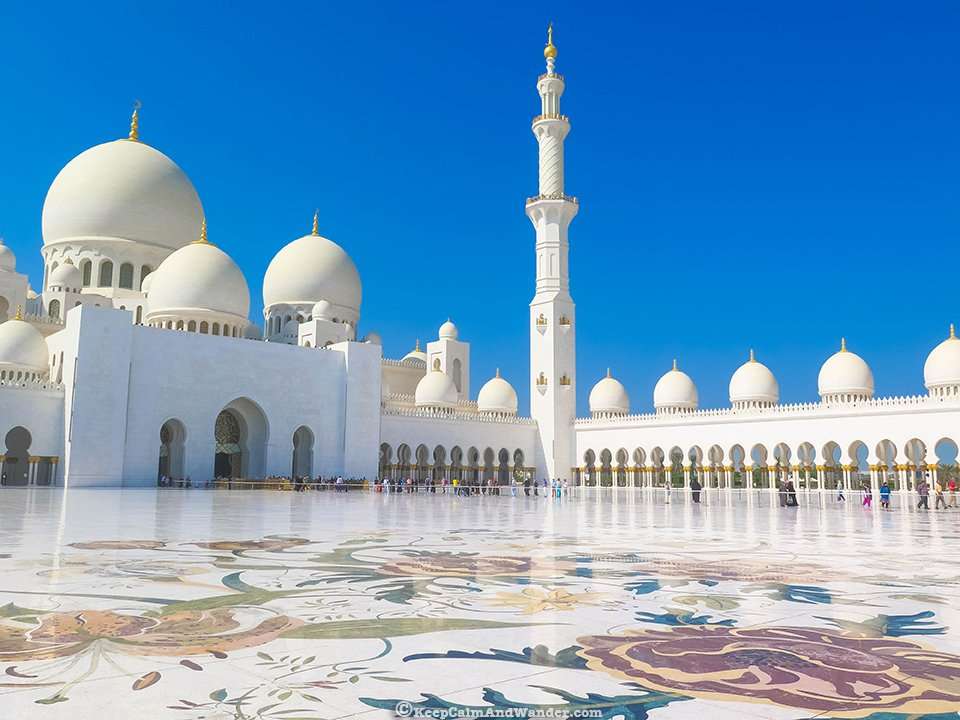 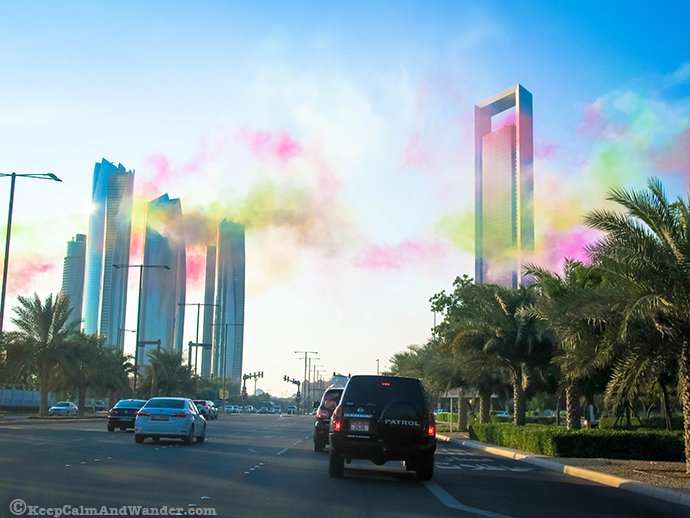