Yes, let this be a lesson for you – buy your ticket online when visiting the Anne Frank House in Amsterdam. Don’t be like me who’s terrible at planning. 😀 That’s why I wasn’t able to get inside Anne’s House. I tried to book online while I was on a train from Brussels to Amsterdam. There were only 3 tickets left on the day I wanted to go. However, my wifi signal was on and off – and every time I clicked the pay button, the connection got lost. By the time I reached my hostel, those 3 remaining tickets were sold. What an unlucky day for me! 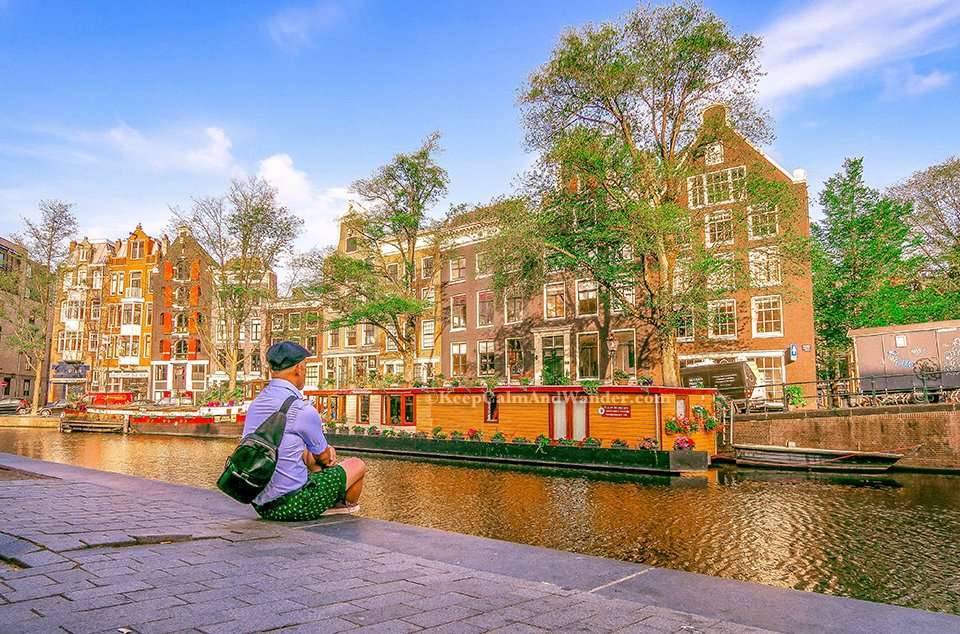 In front of Anne Frank House in Amsterdam (Netherlands).

Join the Queue. I didn’t lose hope though. The hostel receptionist told me that I could still get inside Anne Frank House  by joining the infamous queue. I have to be there before 3:00 PM to get a spot. Additional tickets will be sold after 4:00 pm, I was told. I did what the receptionist told me to do. To my dismay, the queue was reallllllllly long when I arrived at 2:10 PM. An hour after joining the line, rain came pouring and I had no choice but find a shelter. Many of the visitors came prepared with their foldable umbrellas. Some refused to be defeated by the rain.

The next morning, I went there early. In fact, I was the very first one to arrive – ahead of the tourists and the museum staff. Nicely, I asked the security and another staff if it’s possible to get a ticket but their response didn’t help. When the first wave of visitors started lining up, I asked some of them if they had extra ticket – who knows – a friend or someone got sick? 😉 Still, I was unsuccessful. Hopeless, I went to the expensive pancake house across the street and ate my frustration away. 😀 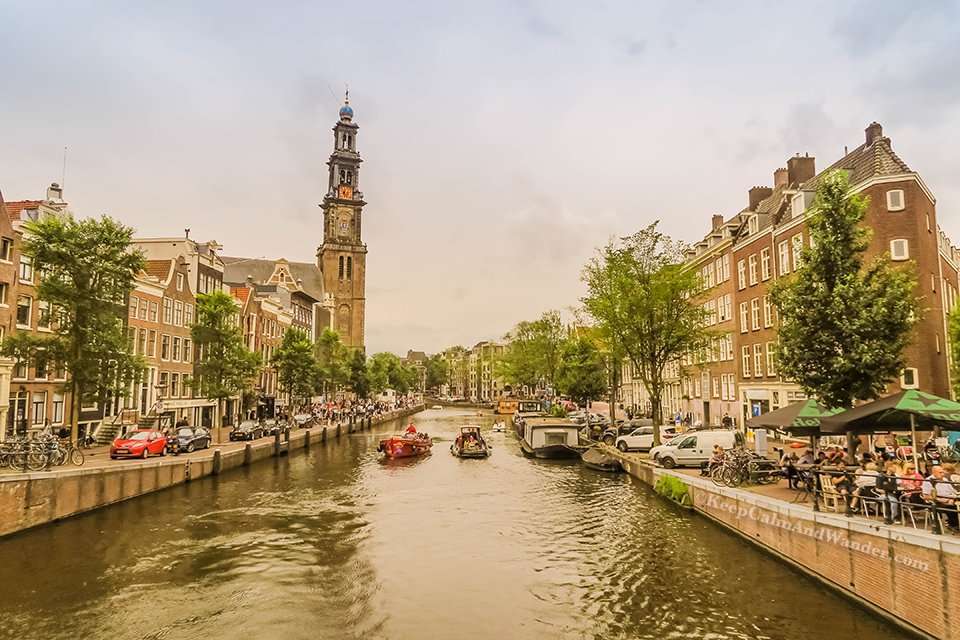 Anne Frank House is by the famous canal in Amsterdam.

How to Buy Ticket Online. Go to their website and buy online. Tickets are open two months in advance. Choose the time that’s convenient for you – and you must show up on the time stated. Or else, they might / will refuse you entry. That’s how popular Anne Frank Museum is!

The Anne Frank House in Amsterdam

This is the facade of Anne Frank House / Museum. Of course, this isn’t what it looks like during the Nazi occupation in Amsterdam. It looks modern now – and hopefully whatever is inside stays true to its history. 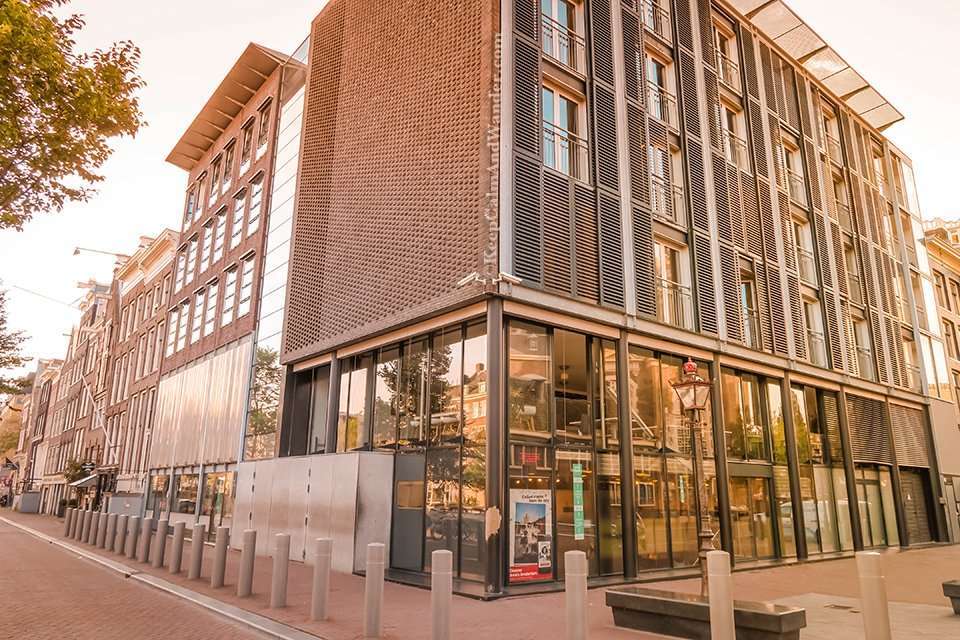 In front of Anne Frank House in Amsterdam (Netherlands).

In the secret annex of this house was where Anne and his family were hidden. Two years must have been a drag, right? So, Anne decided to write a diary which later became a worldwide phenomenon. Perhaps, it is the most-read diary the world has ever known. 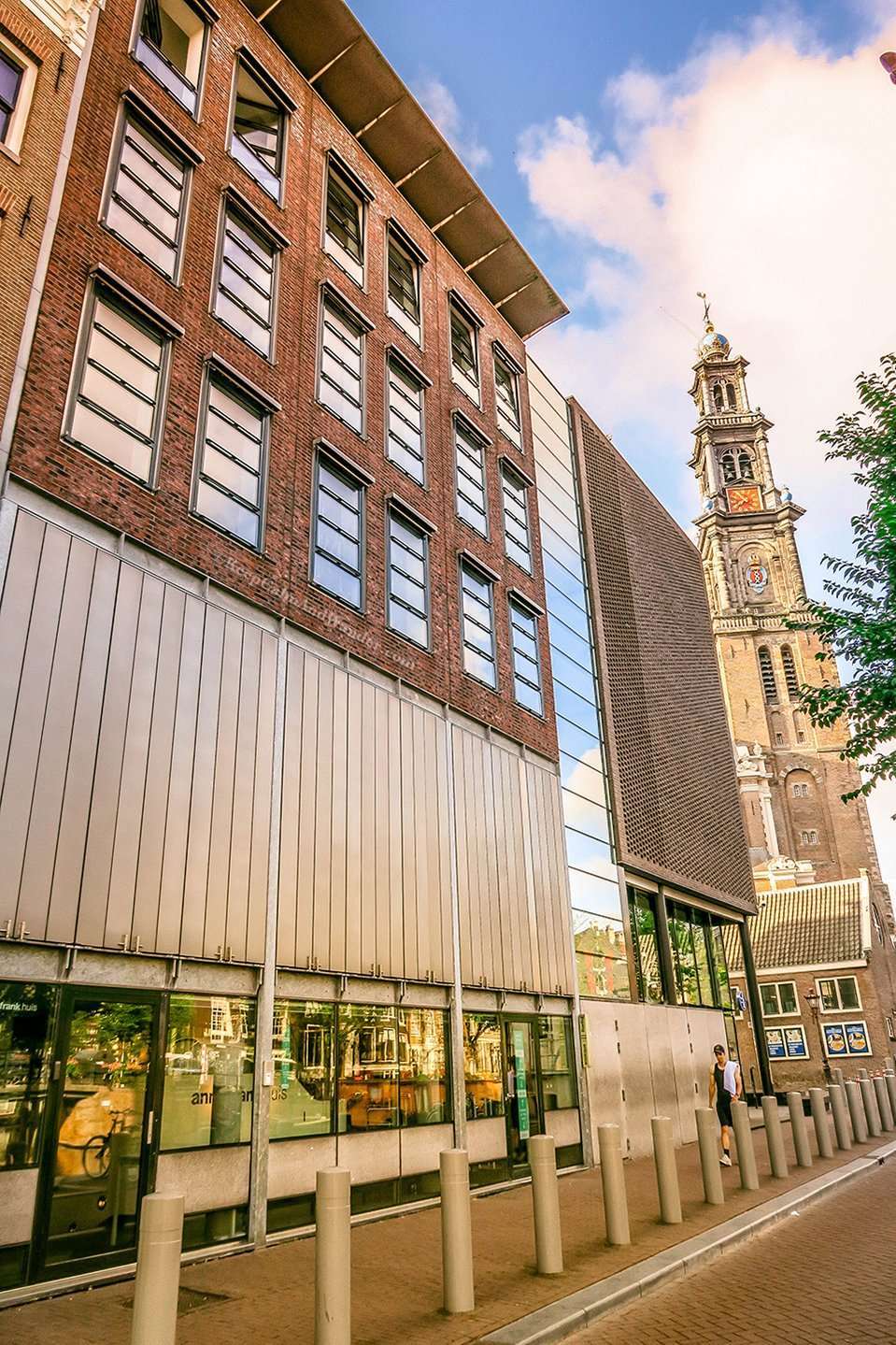 In front of Anne Frank House in Amsterdam (Netherlands).After living in the Secret Annex for two years, someone betrayed them to the Nazis. They were then sent to the concentration camps. Anne Frank and his family, except her father, did not survive the Holocaust. When he returned to this house, Miep Geis, the lady who helped in hiding the family, handed over Anne’s Diary. After reading, Otto Frank, the father, decided to print it out and let the world know about the “Diary of a Young Girl.” 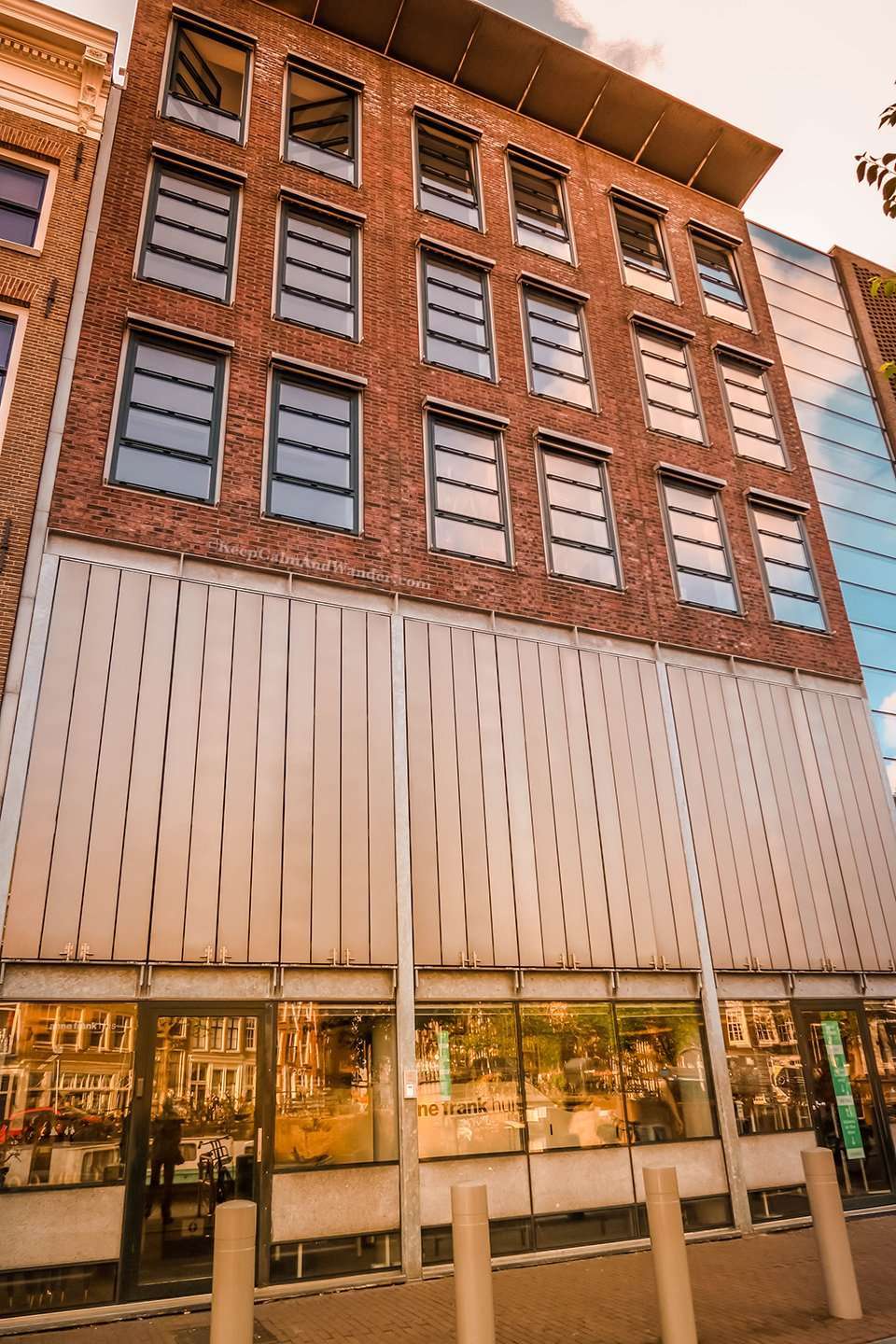 In front of Anne Frank House in Amsterdam (Netherlands).Anne’s last words in her diary goes like this:

“I still believe that, despite of everything, people are still truly good at heart.”

Recommendation:
Miep Gies, the woman who saved Anne Frank’s family, appeared in the movie, “Freedom Writers.” Watch it before you visit the Anne Frank House in Amsterdam. 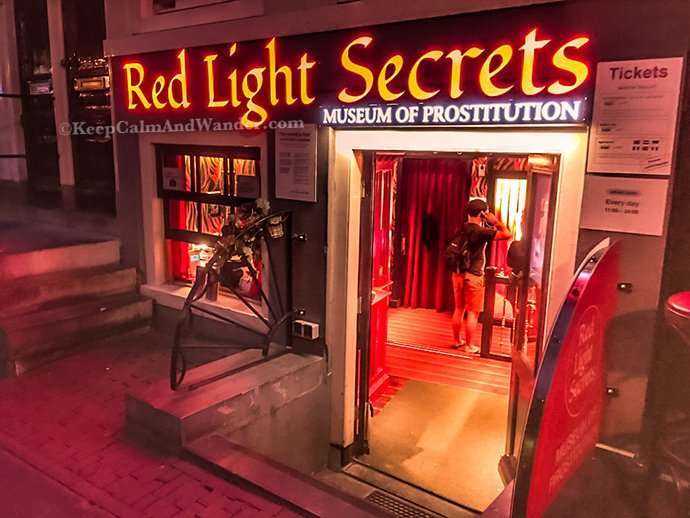 Red Light Secrets: Welcome to the Museum of Prostitution in Amsterdam – the Only One in the World!