The Lake of Two Rivers camp ground is the oldest and the most-known camp site in Algonquin National Park. Its accessible on Highway 60 on km 31.8 and it features a beach side opposite a tiny island which can only be accessed via canoe or kayak. The park also includes 241 camp sites where most have electrical devices and wheelchair accessible. Visitors will be camping under tall, pine trees.

(All photos were taken in the morning when the mists were partly gone.) 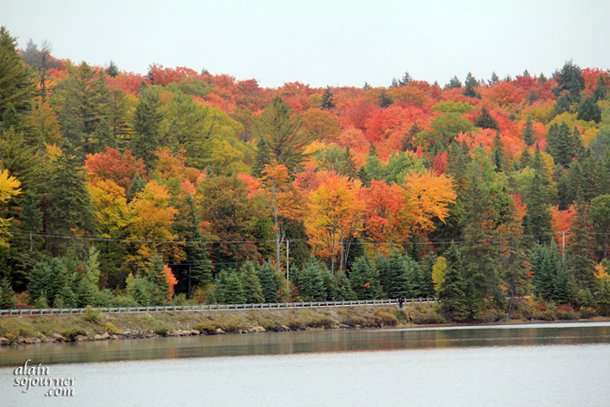