Before Disney, there was Alcazar de Segovia. If you look at it near and far, the castle resembles of Sleeping Beauty’s Castle in Disneyland. You can’t leave Segovia without seeing and getting into the heart of Spain’s most famous castle. The structure wasn’t really meant to be a castle. It was built as a fortress. Then it became a royal palace, a state prison, a Royal Artillery College, and a military academy. Today, this wonderful castle is a museum allowing us to see what’s hidden inside.

The fastest way to get to Segovia is by train from Chamartin Station in Madrid. It takes 30 minutes, and it costs around 10 euros. By car, it would take an hour and 15 minutes. Another way to get there is by joining an organized tour.

Where to stay in Segovia

You can go on a day trip from Madrid to Segovia (together with Toldeo and Avila). But, if you want to stay here for a night because you need to see and experience a lot more, book yourself a nice place to sleep.

Segovia is an old town that was once under the Romans and the Arabs.

In fact, Alcazar is an Arabic term, Al Qasr, which means fortress.

This really looks like Sleeping Beauty’s Castle in Disneyland, right?

Aside from the Roman Aqueduct in the centre of the town, Alcazar de Segovia is also a UNESCO World Heritage Site.

Its turrets are topped with a black witch hat (looks like) and are prominent features in the city’s skyline.

If you’re impressed by looking at its facade, you’ll be more impressed if you have a look inside.

The room that most impressed me is the roof of Sala de Reyes with 52 gold-plated frieze statues of Kings who went on a battle during the Reconquista.

Look up in every room and the roof will surprise you with magnificent artful designs.

There’s also this maze garden below but off limits to visitors.

And most of all, conquer the Tower of Juan II. It has 156 crooked, circular stairs that are so narrow you hope no one goes down on your way up.

From the tower, the views are spectacular.

Fun Fact:
Segovia Castle was designated as the French home of Sir Lancelot in the musical film adaptation of the classic, Camelot.

Related: Things to do and see in Spain 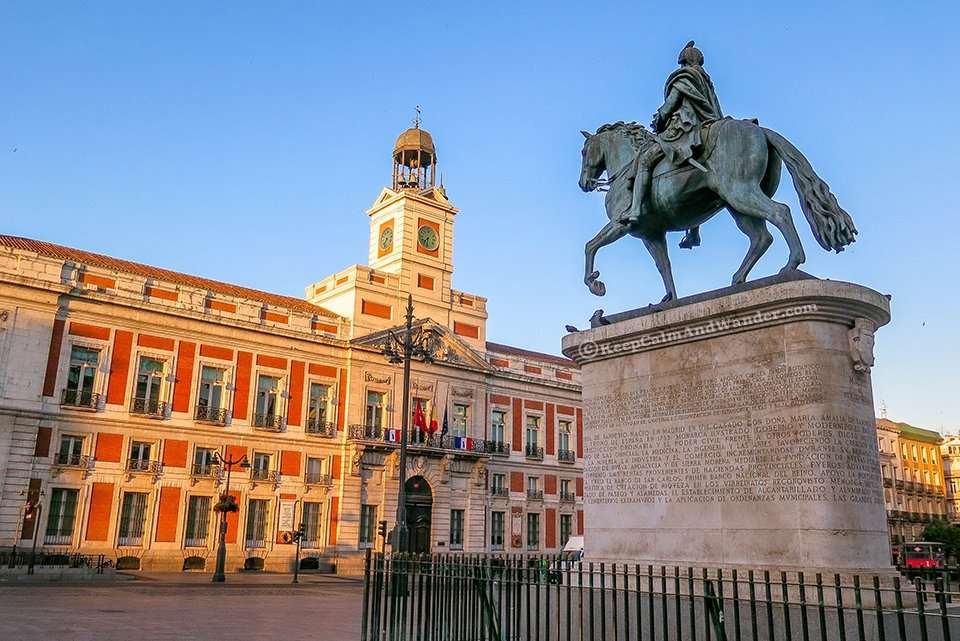 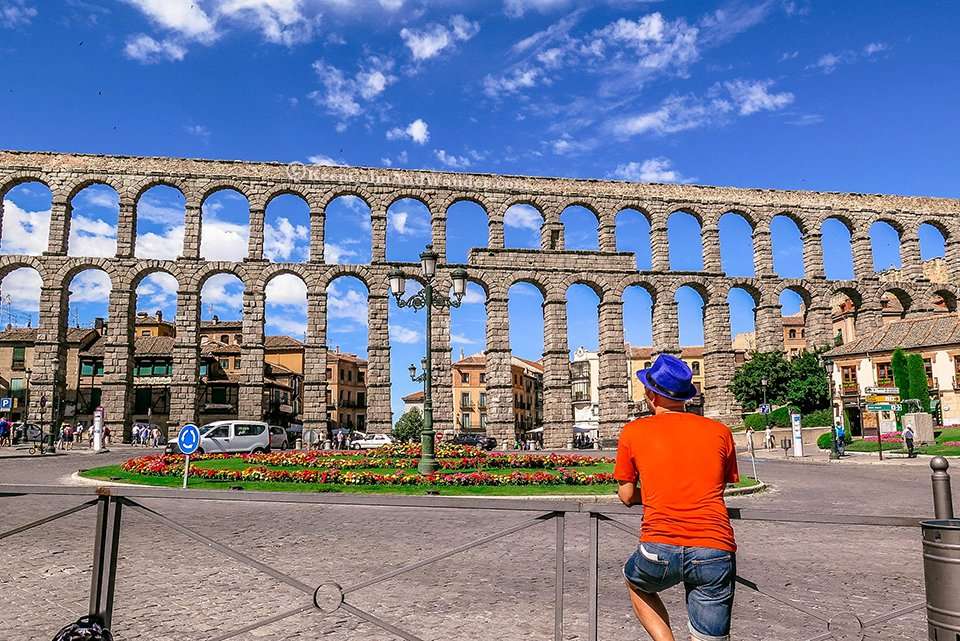 The Aqueduct of Segovia – Ancient Rome’s Legacy in Spain