The grand Al Mursi Mosque in Alexandria is devoted to a great Sufi Saint Abul Abbas al-Mursi. In fact, his body is laid here. This is a very historical mosque where both males and females can go in and worship but separately. I wasn’t planning to visit this place but I got lost looking for the Catacomb of El Shoqafa. I asked people around the area but no one could really direct me where the Catacomb was. My google map was useless but it pointed me to the area around this mosque. After going and asking around, I gave up.

Of all the mosques I’ve seen in Alexandria, Al Mursi Mosque is the most beautiful. 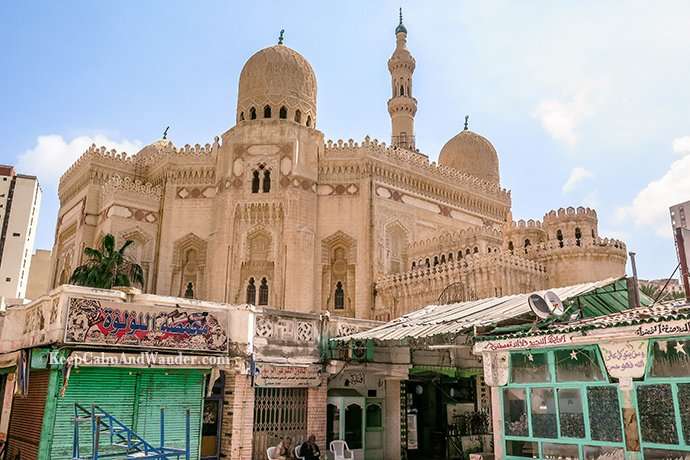 It was built in 1775 and has been restored many times. 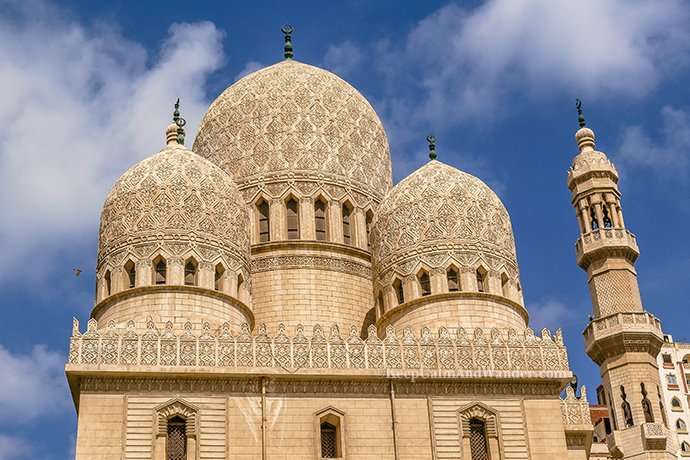 The mosque stands at 23 meters high and its minaret soars to 73 meters. 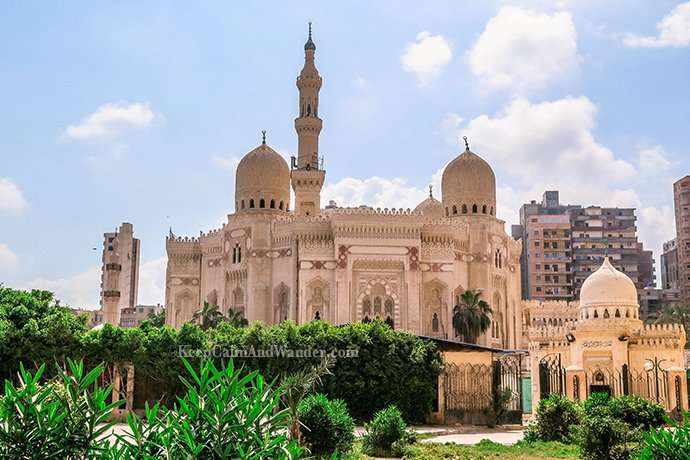 Looking up, the cream-colored dome is very intricately designed.

I tried to get inside but I wasn’t allowed because I was wearing shorts. And also, the old man at the entrance asked me if I were a Muslim. I asked him if it’s ok to take photos and he said, yes, but I should do it outside its perimeter. 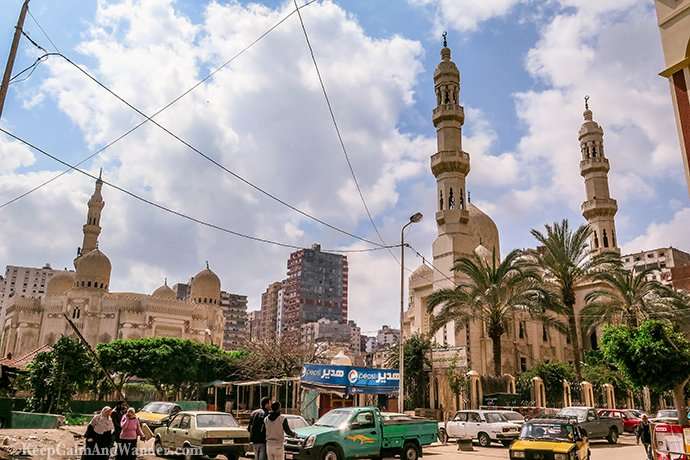 The mosque is in Anfoushi neighbourhood and it is a walking distance from Citadel of Qaitbay. 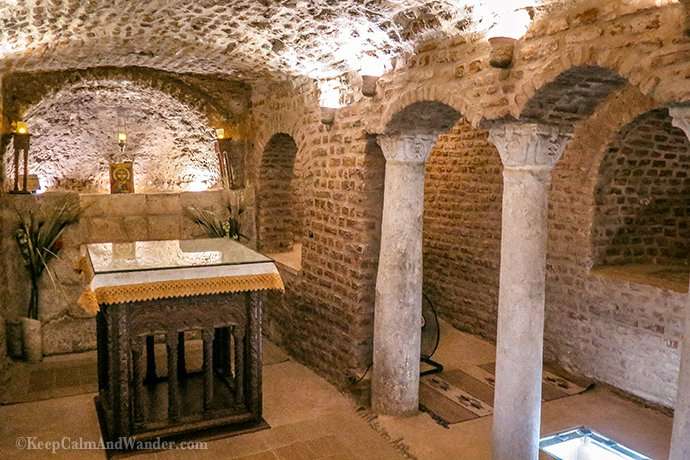 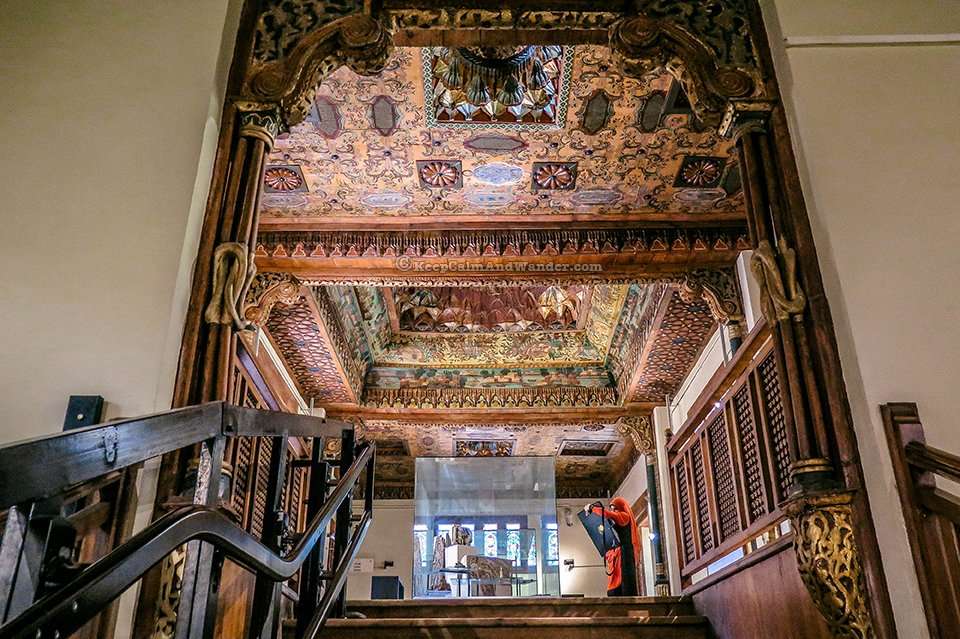