Sandwiched between Iraq and Saudi Arabia, my experience with Kuwait, a tiny Arab country, is nothing spectacular. That’s mainly because aside from being so expensive, public transport around the city is almost non-existent. Taxis? Duh, they’ll rip you off, especially tourists. Uber and other car sharing business? Nada. It can be really frustrating.

I asked a local on what are some things to do in Kuwait and here are his answers below. And to be honest, I only went to 4 of these.

1. Gawk and climb the Kuwait Towers 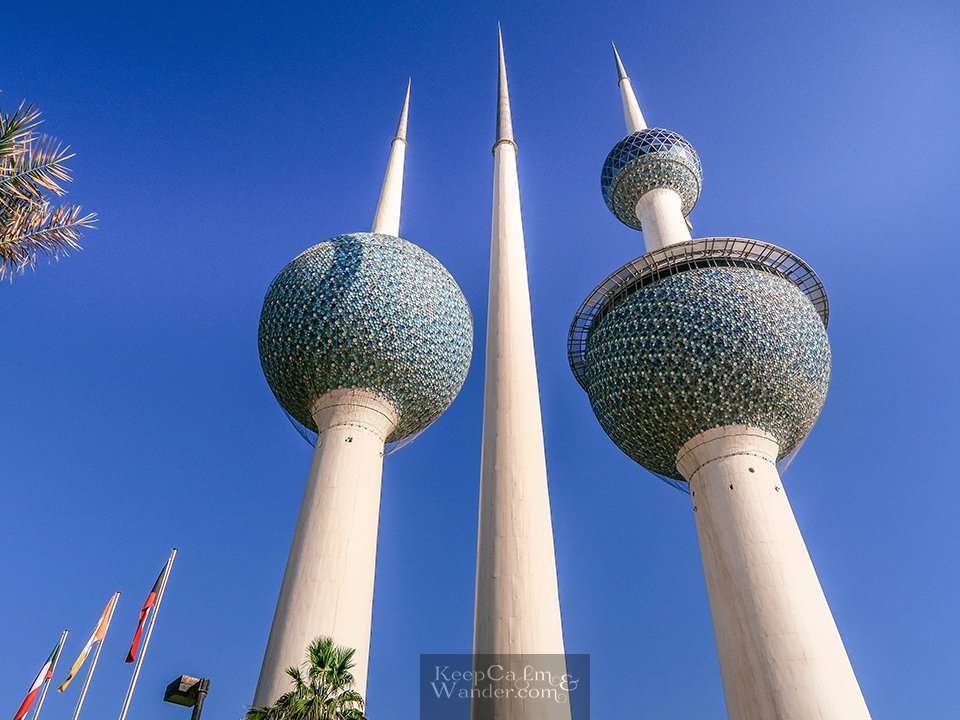 8 Things to do in Kuwait (Kuwait Towers)

Probably the first destination that any tourist would hit is the Kuwait Towers. You guessed it right – it’s the first tourist attraction I’ve visited. As I ascended the main tower, I was welcomed by the viewing platform (along the corniche) from where I literally gawked at the extents of Kuwait. From here, you can also see parts of the city’s skyline. These towers are a national icon of pride and modernity.

2. Take a leisure walk in the corniche 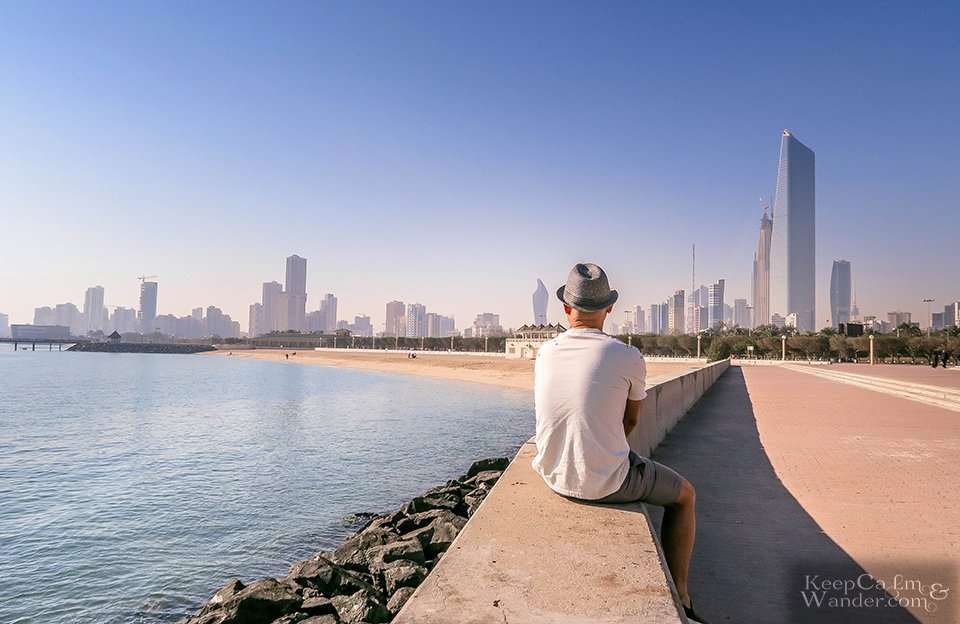 8 Things to do in Kuwait (Kuwait Corniche)

Corniche is a 10 km strip of wonder – true wonder. Starting off from the Kuwait Towers to the southernmost end marked by the Scientific Center, you can have the luxury of winding through the parks, paths, and beaches on the Gulf Road. When you get tired, like me, you can devour delights at the restaurants and coffee houses lined on the corniche.

Related: 20 Photos from Kuwait: Its Skyline, Towers and Cornice

3. Marvel at the Mirror House

There’s a reason it’s called a Mirror House. All of the corners, contours, walls, and literally everything has been covered with mirrors. The owner-cum-guide of the house Mrs. Lidia Al-Qatan will show you around.

Ok, sad music here, please. This island was the most deserted place not far from the city. It was destroyed during the Gulf War. The only things that you see here are destroyed schools, houses, offices, and other buildings. It’s not really an attractive tourist destination to visit but if your curious to know what the Gulf War was like, then, see it. Destructions caused by war – any wars – is unfathomable. 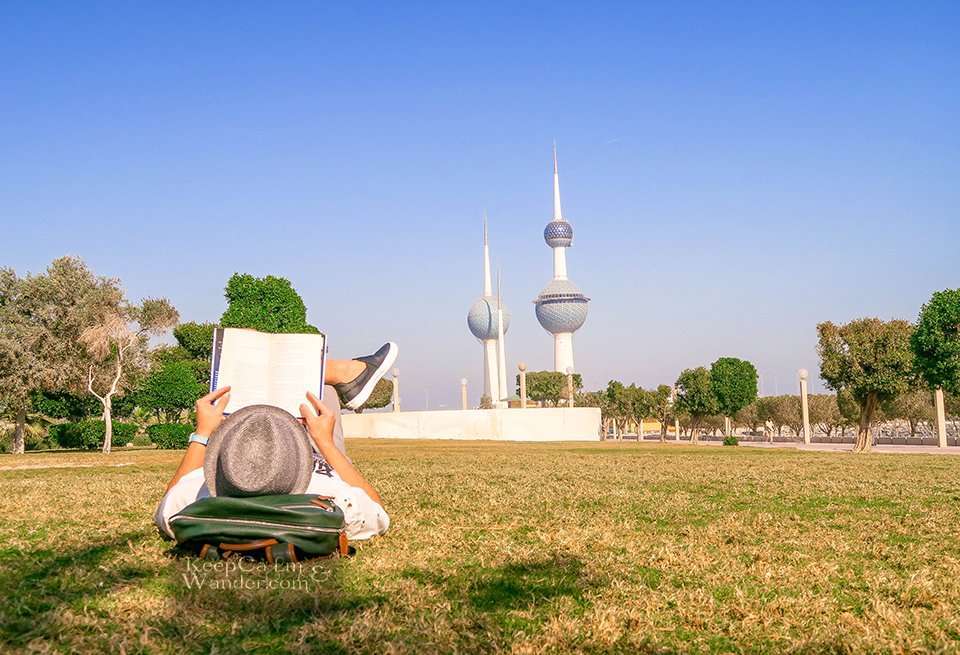 8 Things to do in Kuwait (Kuwait Towers)

5. Shop ’till you drop at The Avenues Mall

Registered as one of the few larger and commercial malls in the Middle East as a whole, the Avenues Mall was my refuge to run away from the blistering heat outside. You have everything you need and want here.

6. Calm yourself at the Grand Mosque

One of the most intricately designed mosques in the country, the Grand Mosque can offer visitors a moment of peace and calmness from the hustle and bustle of the city. 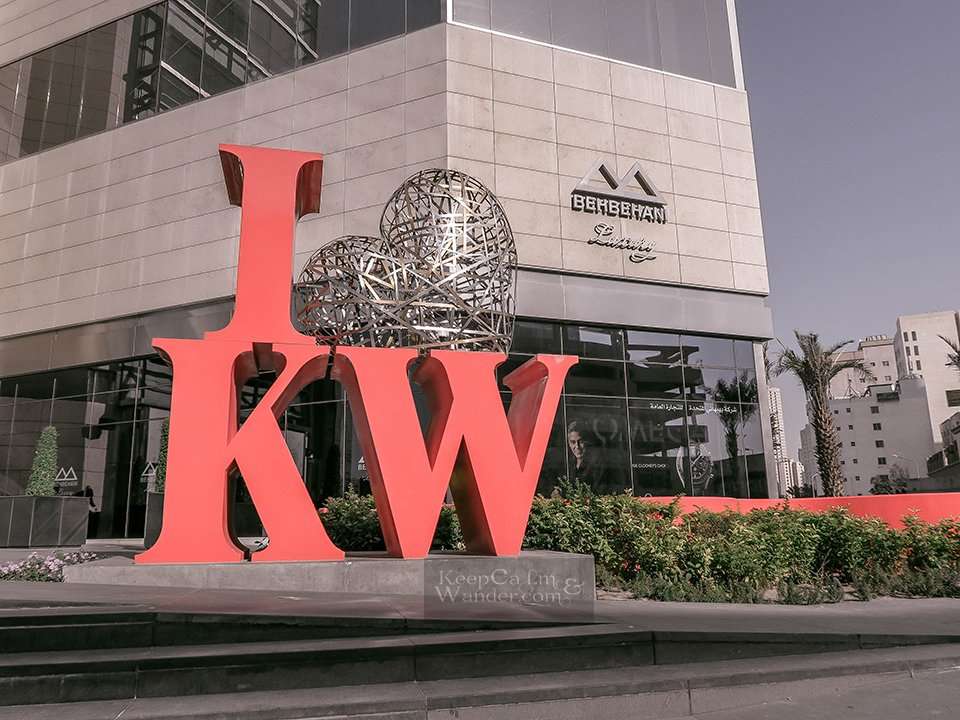 When you’re in the Middle East, going to a souk or bazaar is a must. Visiting these bazaars helps you get to know the soul of the city – it’s history, culture and daily life. Even if you don’t plan to buy anything, going around leisurely gives you pleasure what travel is all about.

Sadu House is a host to the ttraditional handicrafts of the Bedouins which includes embroidered carpets, clothes and everything made by Sadu weaving – a kind of weaving in which embroidery is done in geometric shapes. A simple structure with every corner dominated by pottered motifs of Arabic houses or mosques, the Sadu House will give you a glimpse into the rich Bedouin arts and crafts history. 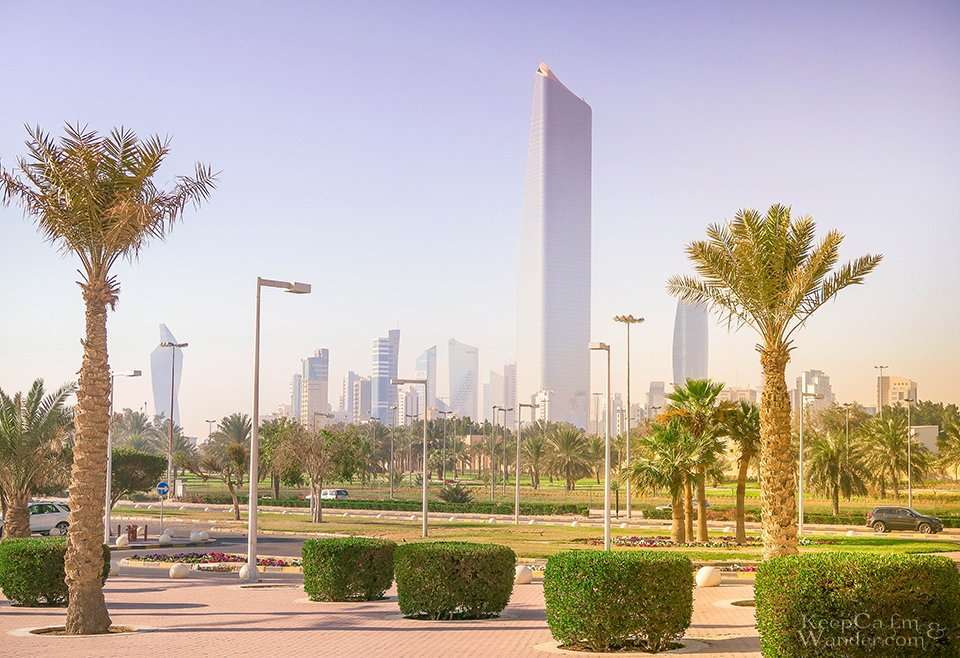 According to my student, you can actually visit all of these places in a day, granting you have access to good transportation. Rent a car and drive around would be your best bet.

WHERE TO STAY IN KUWAIT 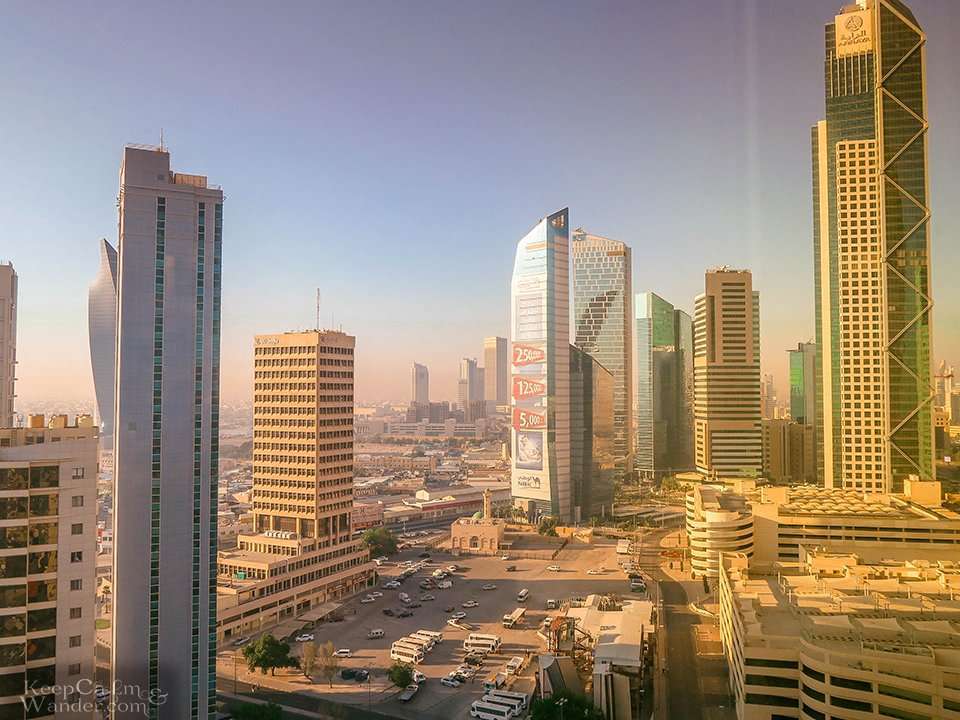 iBis Shaq is the hotel that I stayed in. Although there are a great many hotels in the city, this one has the best location. It is near the beach, near the major markets, and the city center. Besides this, the rooms of this hotel have every modern amenity that you’d need. Mine was on the 21st floor and I had the view of the city’s skyline.

8 Things to do in KuwaitKuwaitMiddle East 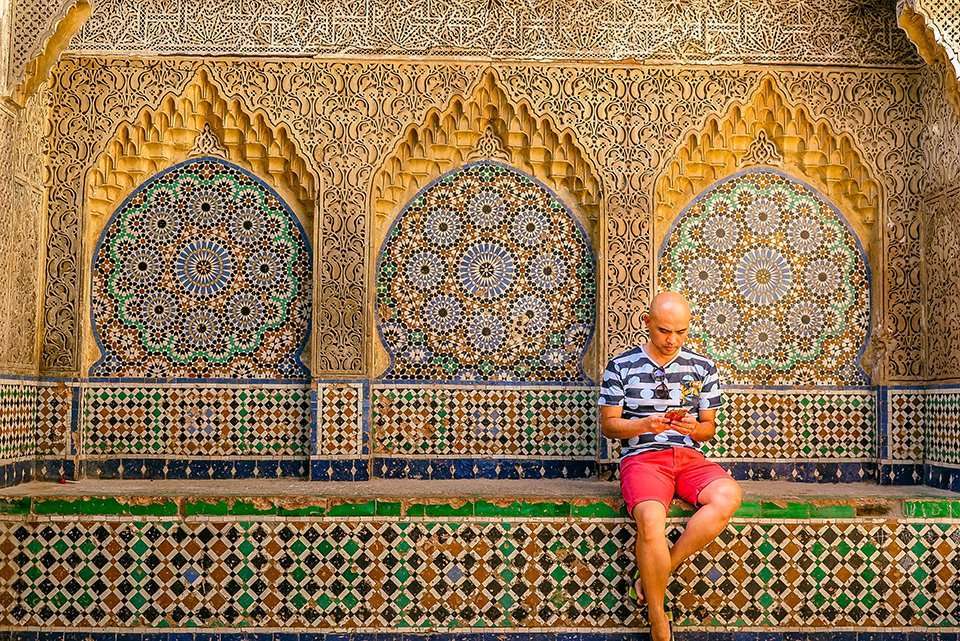 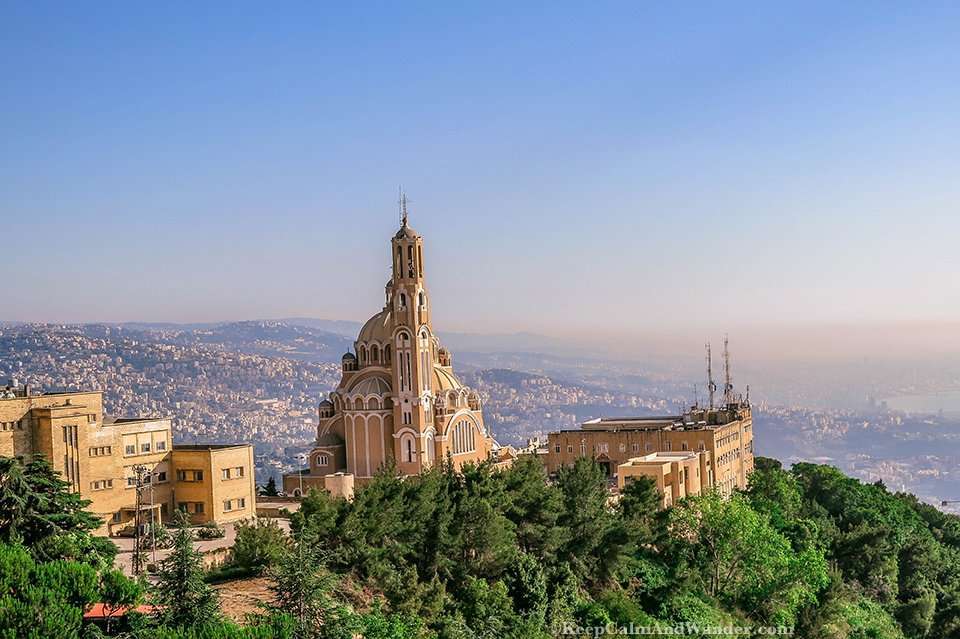 Lebanon: 10 Things to See in Beirut