London is a cosmopolitan city that connects you to its past, present, and future. Look around, and you’ll find that the city is filled with amazing architectural wonders from the Georgian, Baroque, Gothic, Romanesque, art deco, Victorian, and contemporary eras. They blend beautifully into the city’s skyline, giving visitors the chance to explore a variety of eras.

Let’s get to know some of the must-see landmarks in one of my favorite cities. 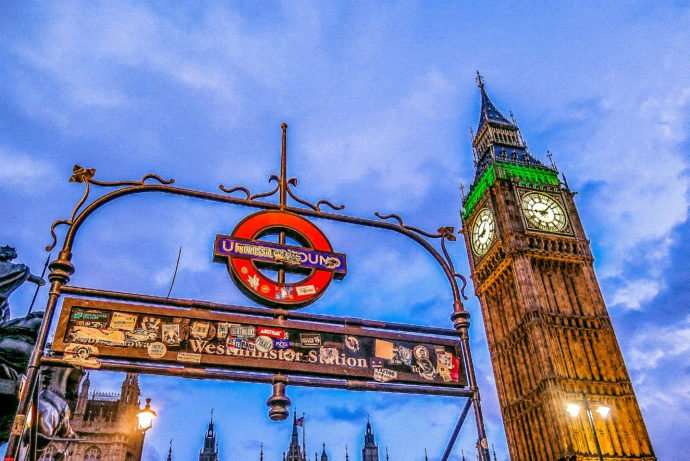 This is the most recognized landmark in London and the world’s most famous bell tower. It chimes every 15 minutes, and you can hear it all around the city within a 5-mile radius. In fact, in 2008, the tower was voted the most popular icon in the United Kingdom. You can’t climb up to the top, but you can visit Parliament Hall, which is attached to Big Ben. Westminster Abbey, another London icon, is also steps away from here. 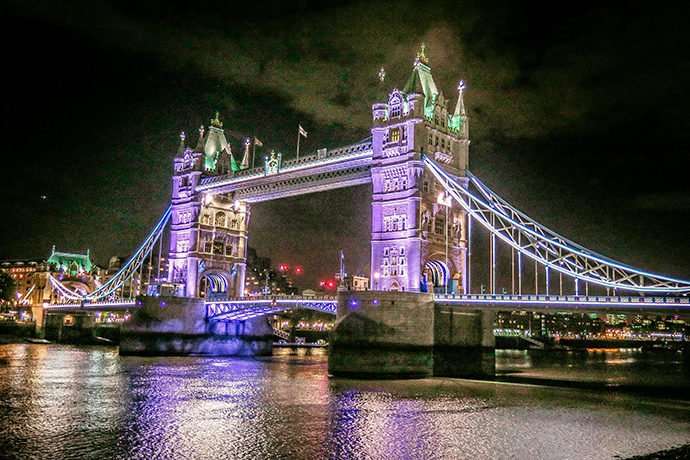 The most photogenic bridge I’ve ever seen is the Tower Bridge in London. Sorry, Golden Gate Bridge fans! This suspension bridge was the most sophisticated of its kind and considered an architectural wonder during its heyday. Today, no visitor goes to London without a selfie with the bridge. Just to be clear, though, this is not the London Bridge you learn from nursery school. If you don’t have vertigo, go up to the top and walk on the glass floor. When you’re done, walk to the Tower of London, another nearby landmark replete with intriguing history. 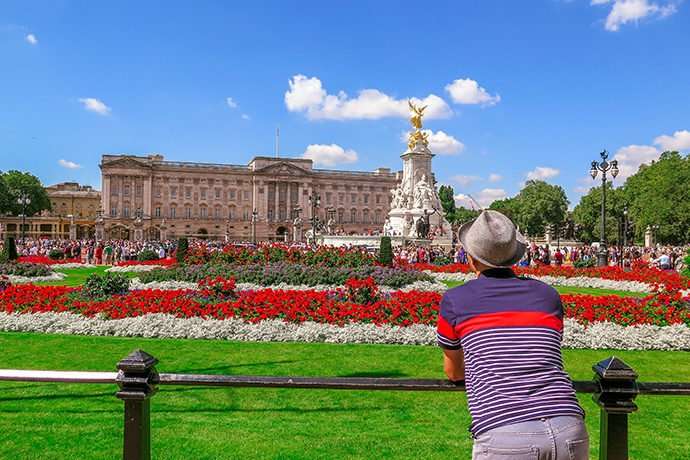 The monarch’s official residence is always worth a visit. Yes, you can take a tour to get a peek inside, but they’re so popular that you have to book in advance. No, you won’t be able to pass through the 1,514 doors or visit all of the 775 rooms inside the palace. If you don’t get to see the queen or her two adorable great-grandchildren, you can always strike a pose with the Queen’s Guard. They’re so popular that they have their own emoji. 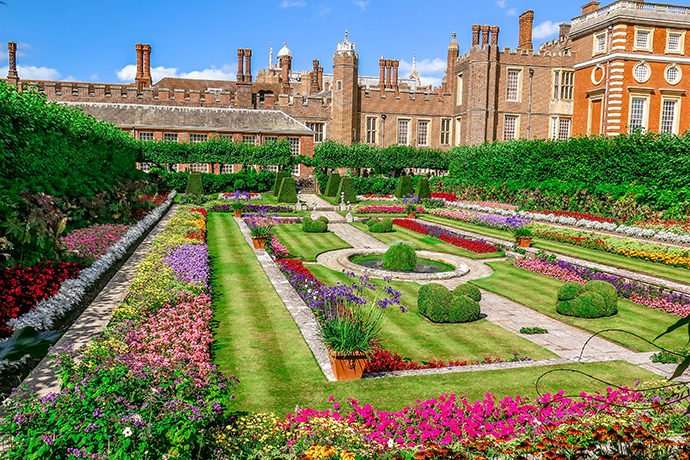 Hampton Court Palace is outside London, but you can reach it via metro. The palace’s history is riddled with intrigue, lies, and betrayal. Before visiting, see the movie “The Other Boleyn Girl” to learn a bit of history about the royals who once lived here. Inside, you’ll find Anne Boleyn’s Gate with an astronomical clock above it. The gardens that surround the palace are tourist attractions as well. Get lost in the Maze Garden where the princes and princesses used to play. 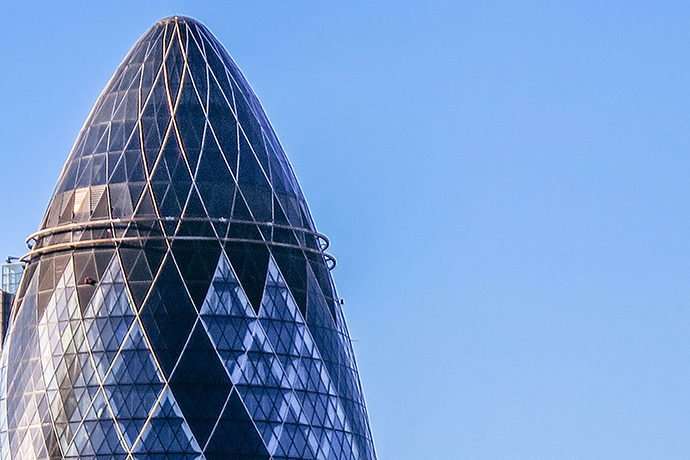 Covered in glass, the Gherkin is three times the height of Niagara Falls in Canada. It’s one contemporary London landmark that you can’t miss. Though it’s not open to the public, the 360-degree viewing area at the top is breathtakingly stunning. Here, you’ll get a complete view of London’s skyline, showing its architectural progress from past to present to future.

London is much more than that red telephone booth you see in postcards or that iconic song about London Bridge. The city is big, but if you only have a day or a weekend, you can live it up in London and experience the cosmopolitan vibe the city is known for.

Well, we all know that London isn’t cheap. Getting an affordable place to stay in the middle of action or of everything is a definitely a challenge to browse from one website to another. Then I found SoHostel. And yes, it’s in Soho and very accessible to the metro / subway, shops, bars, restaurants, groceries, and more. The rooms aren’t cramped but also not spacious. I love the bold colors in their interior and wifi was pretty good. 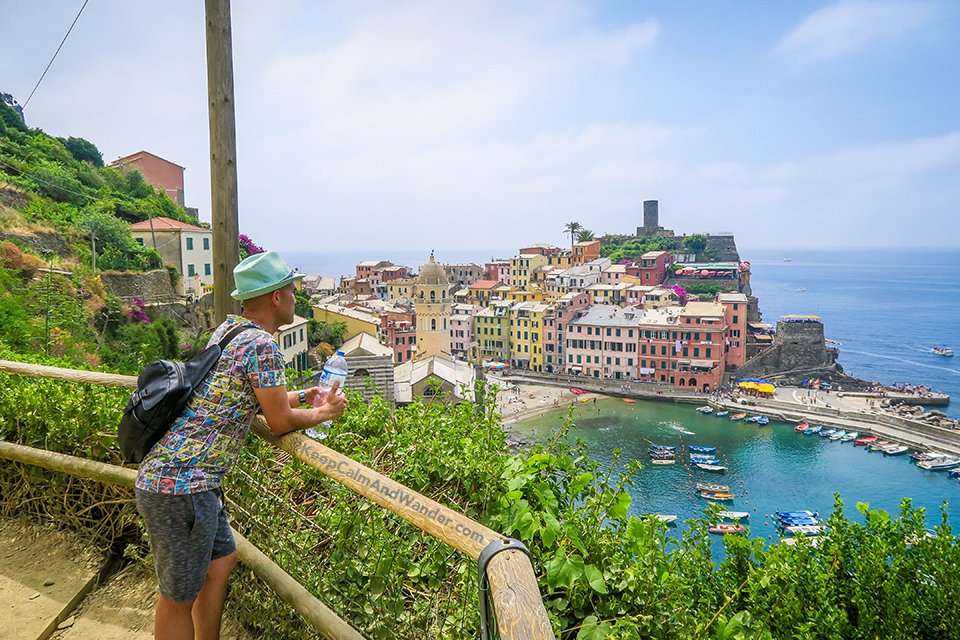 Vernazza is the Steepest of the Five Villages in Cinque Terre 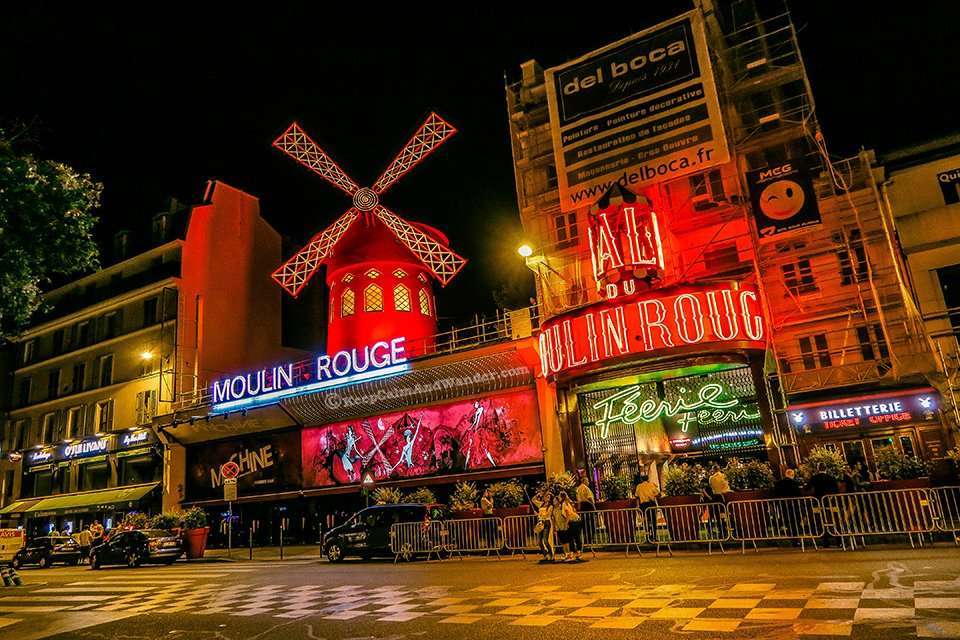