(A friend of mine and his family are going for a one-week trip to Beijing in late Spring this year and they asked me some recommendations on what to do and see in the city. I’m trying my best to recall the ones I recommended to the couchsurfers I had hosted. These places are not in particular order.)

Beijing was my first city in mainland China and I lived there for five years (after working in other cities/provinces in China for almost 3 years). If you are a traveler in Beijing, forget all about your visual notion about old China. Beijing has changed a lot since I arrived in 2002 and left in April 2010. Don’t anymore worry about getting lost in the streets as the streets signs are now written in the English alphabet method and not anymore in Chinese characters (or in Chinglish?) . They replaced those old street signs to please the Olympic Team Committee before they hosted the 2008 Summer Olympic Games. And, of course, to make things easier for the budget-conscious travelers / tourists, taking the city’s excellent subway system is the most convenient means of transportation. However, you must avoid the peak hours as they are really so crowded. But, if you are up for the experience—and don’t discriminate the smell of others, go on and ride it, but be very careful of your belongings. Don’t tell me I didn’t warn you.

So, what are the Things To Do in Beijing? 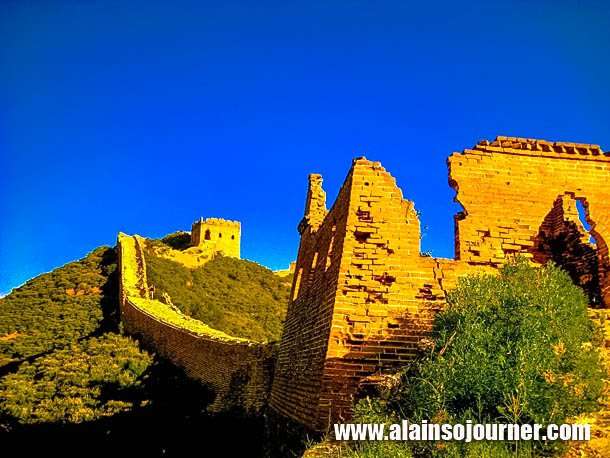 Sematai Great Wall is said to be the most beautiful part / Things to do in Beijing.

1.) GREAT WALL OF CHINA. For sure, this is the first image you see when asked about China. Therefore, this grand work of architecture that runs from the East to the West of China is a must-see for all tourist destinations in the country. When you are there in early summer, check out their annual Great Wall Beach Party / Rave, right next to where the Great Wall of China begins. 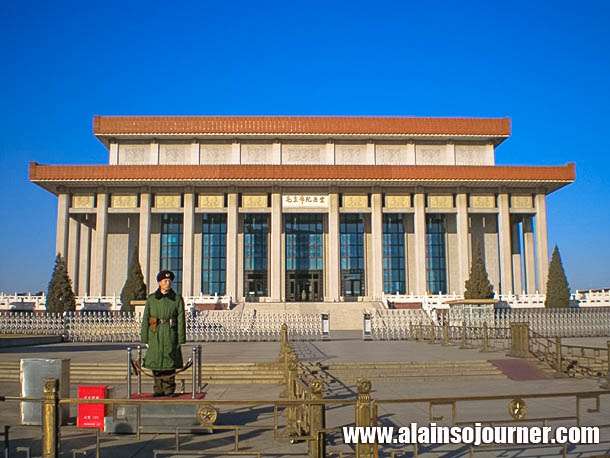 Mao’s Memorial Hall is strictly and carefully guarded. / Things to do in Beijing.

2.) TIANANMEN SQUARE. This might be just a square, a concrete huge square with tourists taking pictures (with matching V-signage) with Chairman Mao’s portrait as the background, but this is the same place where the infamous 1989 protests happened and hundreds (or maybe thousands-who knows?) were arrested and gone. If you have patience for a queue, head to Chairman Mao’s Memorial Hall and see him in person, albeit dead. When I visited here, there were still some people who shed tears seeing their dear dead leader in a glass coffin. On the Western side of the square, you find the Great Hall of the People, the country’s seat of government (kind of the Capitol Hill in the U.S.) In the southeastern part of the square, you’ll see Qianmen, a shopping district of all sorts. Think about Chinatown in China. 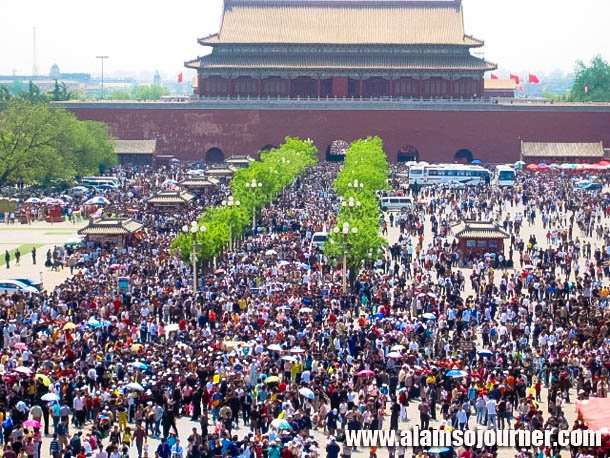 Dont ever dare join the crowd on Chinese holidays / Things to do in Beijing.

3.) FORBIDDEN CITY. The grandeur of this palace amazed me big time. It has 9,999 rooms but they’re not all open to the public, of course. If you are a history buff, it will take you 5-6 hours or longer going around. It’s an ultimate window to the wisdom of Chinese architects. When you exit at the back end of the palace, climb Jingshan Park, which is just across the exit gate, to see the panoramic contrast of the of Forbidden City and the city’s skyscrapers at a far distance. Then, go for a stroll around the White Pagoda, a piece of history related to Genghis Khan. When you’re done, go around the hill and walk on the Long Corridor along the serene Beihai Park.

Go in the morning and walk around the park to see Chinese citizens doing their morning exercises.

4.) TEMPLE OF HEAVEN. When you buy the ticket at the entrance, ask for the free brochure and read it for a while so that you will appreciate it more when you’re inside. Take note of the architectural wisdom of this structure. On a very clear day, this temple is very photogenic! I’d recommend you come early in the morning here and stroll around the park. You’ll find people of all ages (though mostly grandparents) doing their morning exercise: tai-chi, wushu, ribbon/cultural dancing, calligraphy, etc… 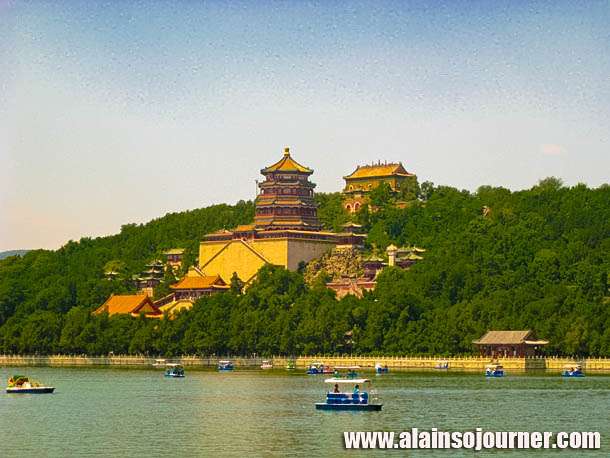 Things to do in Beijing / Summer Palace.

5.) SUMMER PALACE. This is the farthest tourist attraction within the city. This involves walking and climbing hills and of course, ancient relics, courtyard houses and boating in the lake, if you fancy it. Spending a day here is ideal. And hey, if you want to rent and wear a traditional Chinese costume, you’ll find it here. Go for it. It’s something you’d always remember in your trip. Catch a cultural performance at the Grand Stage in various times of the day and have a glimpse of what was inside Beijing first opera house. And of course, a visit in Summer palace won’t be complete without walking on the Longest Corridor ever. 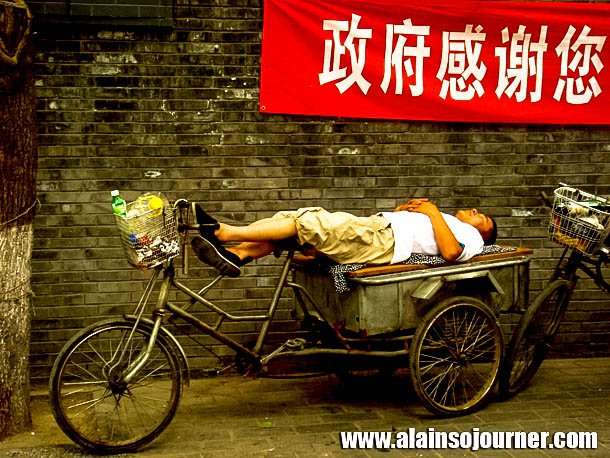 A typical scene in a hutong. / Things to do in Beijing .

6.) HUTONGS. Literally translated as “old village”, Beijing still has some courtyard houses of old yore for budget travelers to enjoy for free. The concentration of the hutongs are in Guloudajie where the area is UNESCO protected. Nanloguxiang Hutong is a good start to walk your way, then to Houhai and its surrounding areas. Feel the old Beijing as you meet the old locals playing cards on the street or doing tai chi in the morning or even just sitting on their courtyard doors/gates. Nearby is the Drum and Bell Tower where you can climb and admire the sweeping view of the courtyard houses sans the view of tall buildings. Also, when you visit Lama Temple, look for Wudaoying Hutong around the area. Explore it or maybe sip a cup of Chinese tea in one of the cafes there. 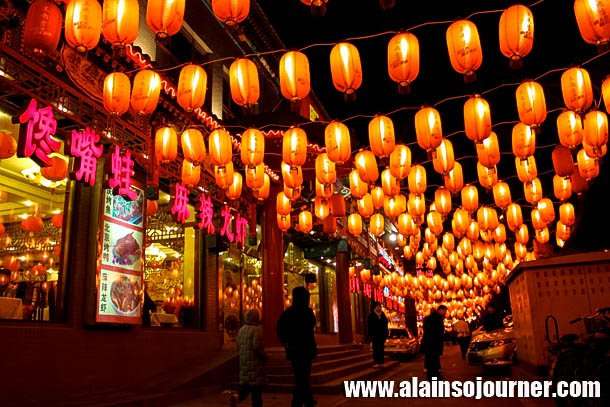 The name Ghost Street has nothing to do with paranormal creatures / Things to do in Beijing. 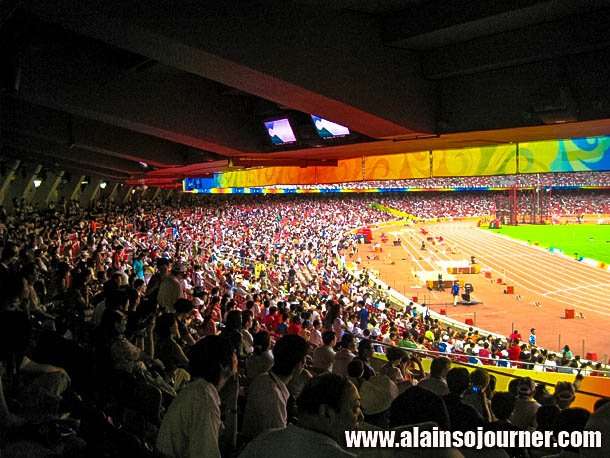 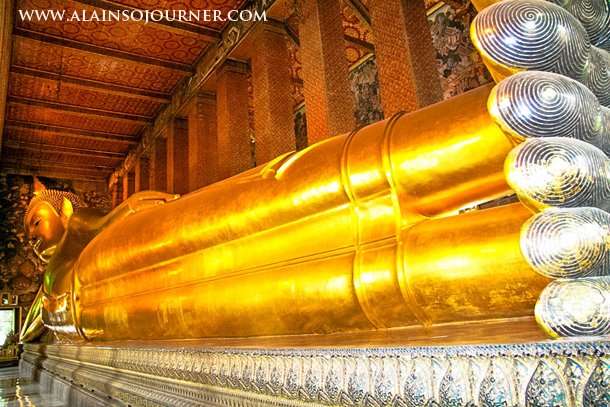 Top 10 Spectacular Things to Do and See in Bangkok 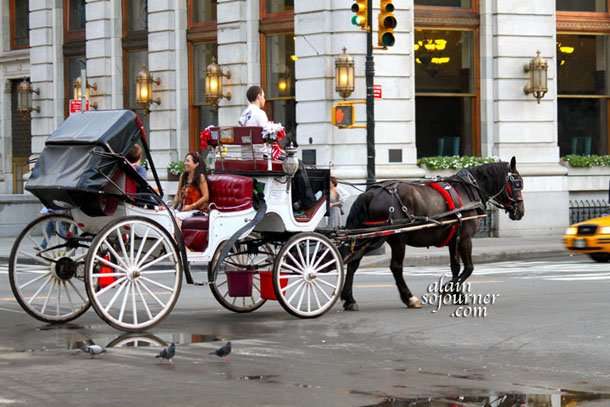